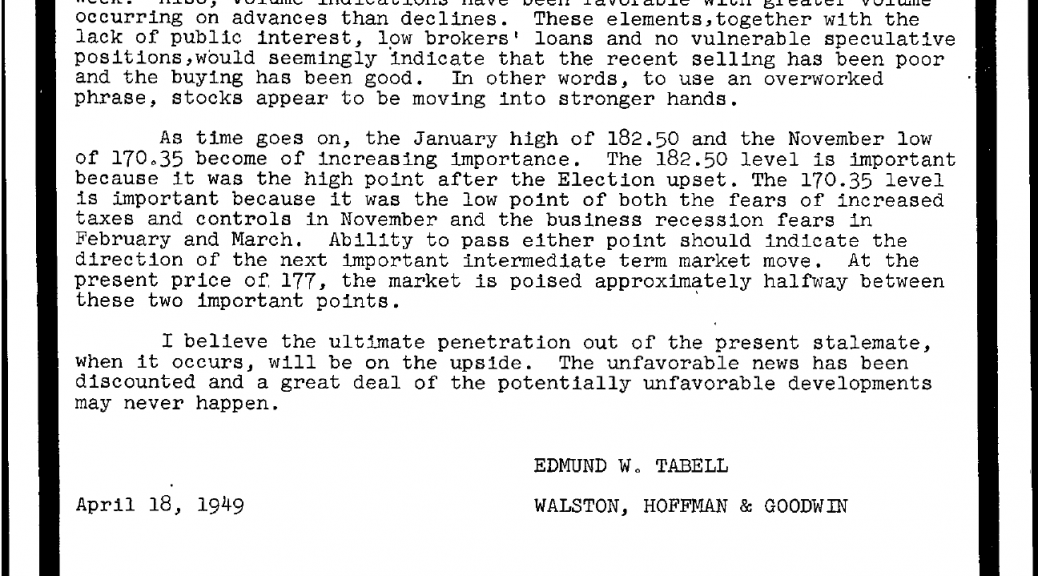 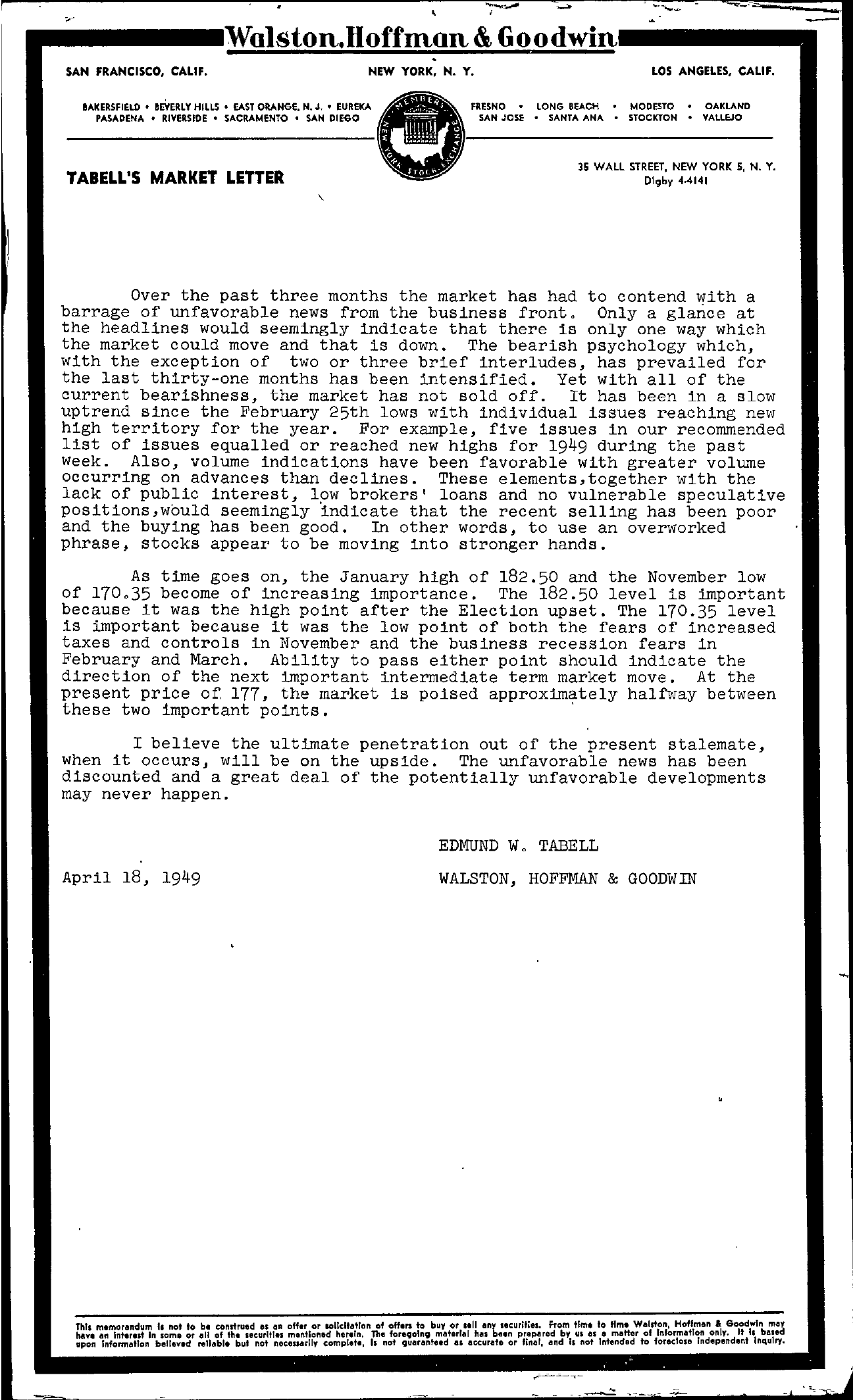 SAN FRANCISCO, CALIF. –, –… Iston,Hoffmon& GOO ……..rii NEW YORK, N. Y. …. -……….. LOS ANGELES, CALIF. BAKERSFIELD BEVERLY HILLS EAST ORANGE. N. J EUREKA PASADENA RIVERSIDE SACRAMENTO SAN DIEGO FRESNO LONG BEACH SAN JOSE SANTA AHA MODESTO STOCKTON OAKLAND VALLEJO TABELL'S MARKET LETTER \ 35 WALL STREET. NEW YORK 5, N. Y. Digby 4-4141 Over the past three months the market has had to contend with a barrage of unfavorable news from the business front. Only a glance at the headlines would seemingly indicate that there is only one way which the market could move and that is down. The bearish psychology which, with the exception of two or three brief interludes, has prevailed for the last thirty-one months has been intensified. Yet with all of the current bearishness, the market has not sold off. It has been in a slow uptrend since the February 25th lows with individual issues reaching new high territory for the year. For example, five issues in our recommended list of issues equalled or reached new highs for 1949 during the past week. Also, volume indications have been favorable with greater volume occurring on advances than declines. These elements,together with the lack of public interest, low brokers' loans and no vulnerable speculative positions,would seemingly 'indicate that the recent selling has been poor and the buying has been good. In other words, to use an overworked phrase, stocks appear to be moving into stronger hands. As time goes on, the January high of 182.50 and the November low of 170.35 become of increasing importance. The 182.50 level is important because it was the high point after the Election upset. The 170.35 level is important because it was the low point of both the fears of increased taxes and controls in November and the business recession fears in February and March. Ability to pass either point should indicate the direction of the next important intermediate term market move. At the present price of, 177, the market is poised approximately halfway between these two important points. ' I believe the ultimate penetration out of the present stalemate, when it occurs, will be on the upside. The unfavorable news has been discounted and a great deal of the potentially unfavorable developments may never happen. April 18, 1949 EDMUND W. TABELL WALSTON, HOFFMAN & GOODWIN ThIs memorandum I. not to be construed illS an off.r or IOliella'lan of oHers to buy or ,.11 IIIny '8curltiu. from time to Hme Walston, Hoffman & Goodwin may have an Int.r.st In some or all of thtl securities mentioned horeln. The foreqoln9 mat.rlal has been prep,ared by III til II metter of Information only. It I, baled apon InformatIon believed rellabl. but not neceSlarll, complete, Ii not Quaranfeed a, accurflte or flnfll, and Is nof Intended to foreclose Independent InquIry.