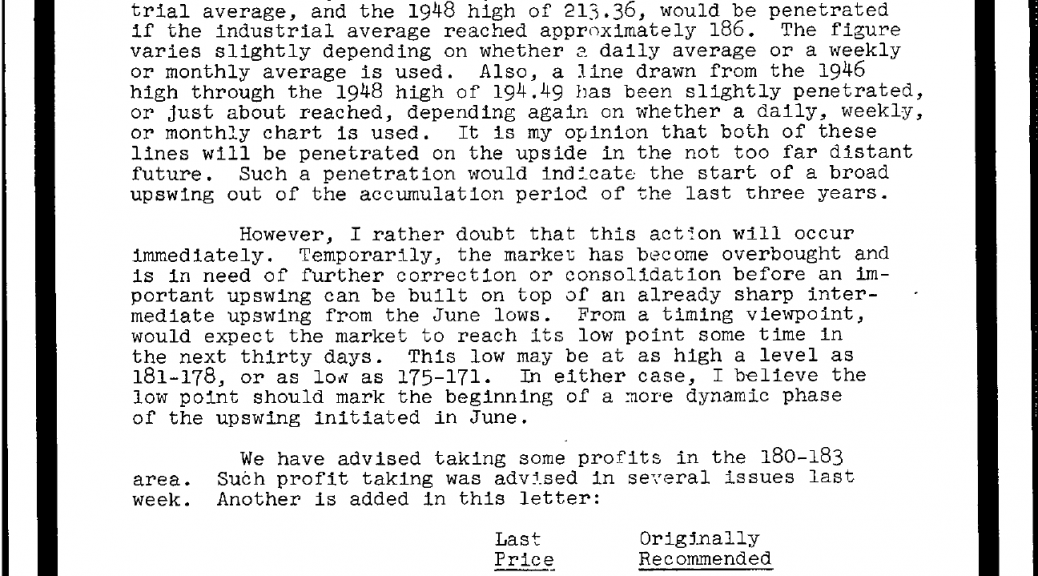 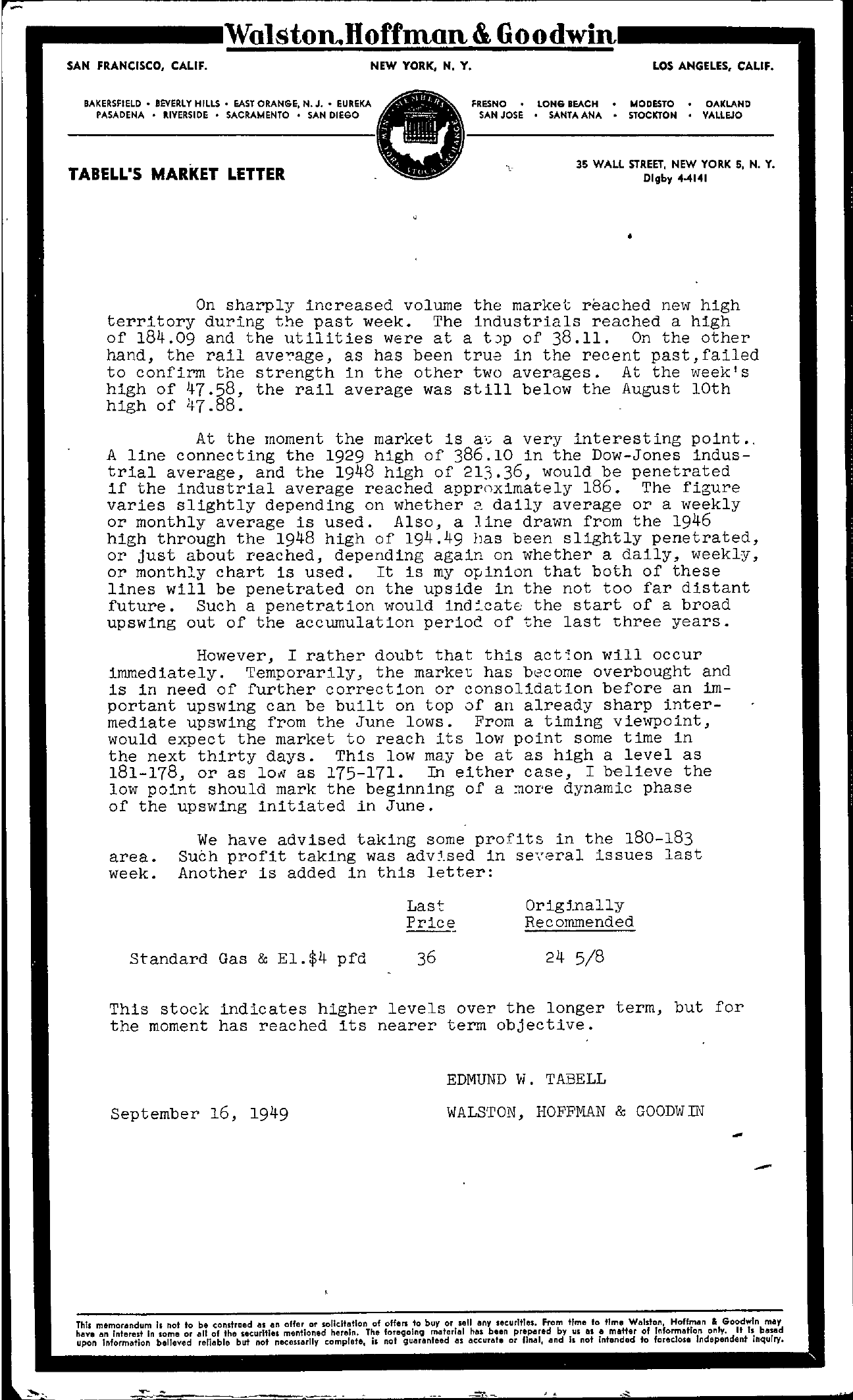 TABELL'S MARKET LETTER 35 WALL STREET. NEW YORK 5. N. Y. Digby 4-4141 , On sharply increased volume the market reached new high territory during the past week. The industrials reached a high of 184.09 and the utilities were at a t)P of 38.11. On the other hand, the rail avenage, as has been true in the recent past,failed to confirm the strength in the other two averages. At the week's high of 47.58, the rail average was still below the August 10th high of 47.88. At the moment the market is a a very interesting point .. A line connecting the 1929 high of 386.10 in the Dow-Jones indus- trial average, and the 1948 high of 213.36, would be penetrated if the industrial average reached approximately 186. The figure varies slightly depending on whether 2 daily average or a weekly or monthly average is used. Also, a line drawn from the 1946 high through the 1948 high of 194.49 Ilas been slightly penetrated, or just about reached, depending again on whether a daily, weekly, or monthly chart is used. It is my oinion that both of these lines will be penetrated on the upside in the not too far distant future. Such a penetration would ind.catE the start of a broad upswing out of the accumUlation perioc of the last three years. However, I rather doubt that this acton will occur immediately. Temporarily, the market has become overbought and is in need of further correction or consolidation before an important upswing can be built on top of an already sharp intermediate upswing from the June lows. From a timing viewpoint, would expect the market to reach its 101 point some time in the next thirty days. This low may be at as high a level as 181-178, or as lOR as 175-171. In either case, I believe the low point should mark the beginning of a nore dynamic phase of the upswing initiated in June. We have advised taking some profits in the 180-183 area. Such profit taking was advt.sed in se',eral issues last week. Another is added in this letter Last Price Origlnally Recommended Standard Gas & El.4 pfd 24 5/8 This stock indicates higher levels over the longer term, but for the moment has reached its nearer term objective. September 16, 1949 EDMUND vi. TABELL WALSTON, HOFFMAN & GOODWIN This memorandum Is not to be constrlled as an offer or sollcJtatlon of offers to buy or sell any securities. From time to time Walston, Hoffman & Goodwin may hne an Interest In some or all of the securltles mentioned herein. The fOTetdoln9 material hal been preplued by us al a matter of Information only. It Is basad upon Information believed relil!ble but not neeess,ully complete, Is not gUl!ranteed liS aceurilte ot final, and Is not Intended to foreclose Independent InquIry.