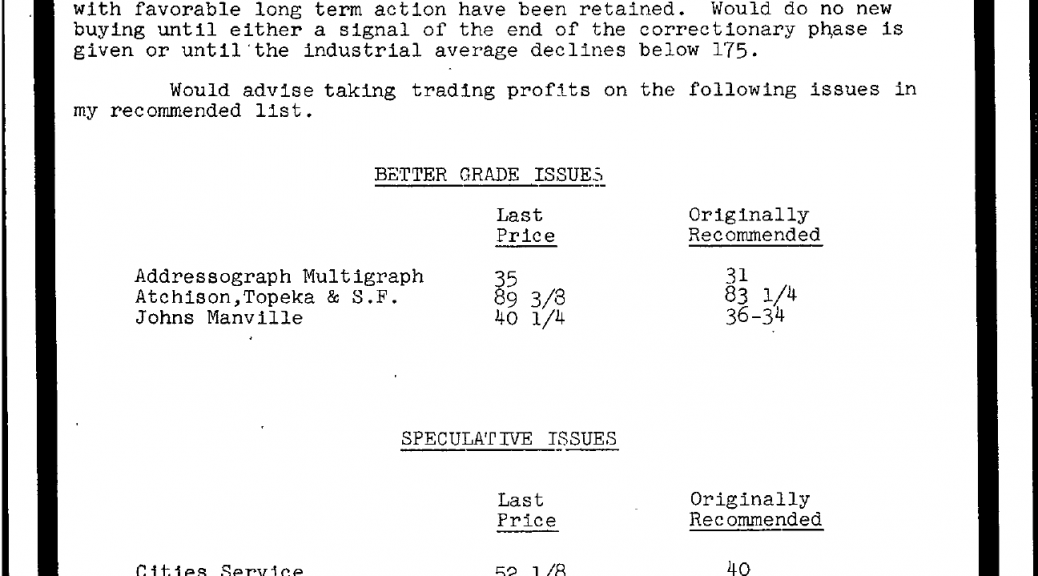 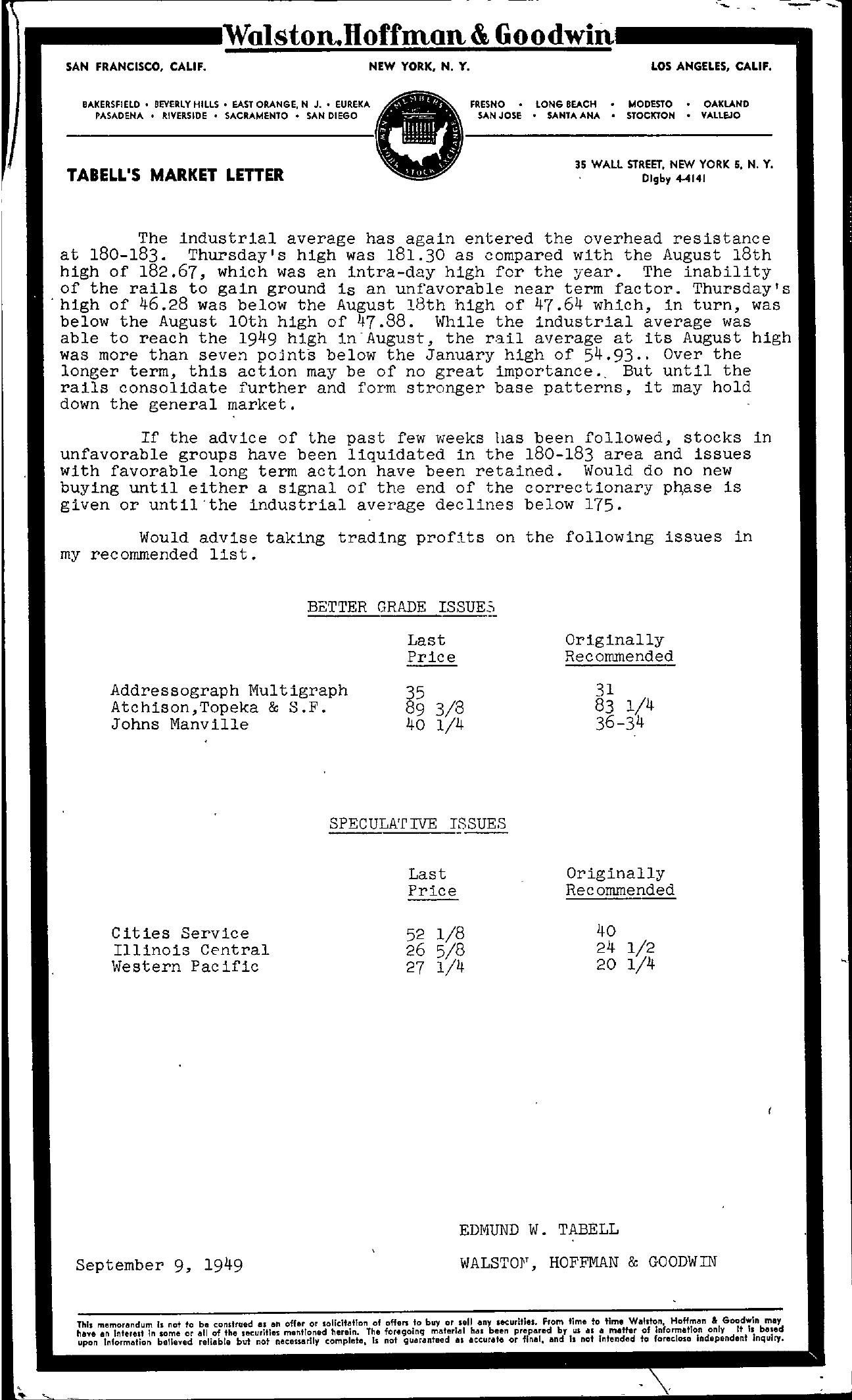 TABELL'S MARKET LETTER 35 WALL STREET, NEW YORK 5, N. Y. Digby 4141 The industrial average has again entered the overhead resistance at 180-183. Thursday's high was 181.30 as compared with the August 18th high of 182.67, which was an intra-day high for the year. The inability of the rails to gain ground is an unfavorable near term factor. Thursday's 'high of 46.28 was below the August 18th high of 4'( .64 which, in turn, was below the August 10th high of 47.88. While the industrial average was able to reach the 1949 high in 'August , the rail average at its August high was more than seve pOints below the January high of 54.93 .. Over the longer term, this action may be of no great importance. But until the rails consolidate further and form stronger base patterns, it may hold down the general market. If the advice of the past few weeks has been followed, stocks in unfavorable groups have been liquidated in the 180-183 area and issues with favorable long term action have been retained. Would do no new buying until either a signal of the end of the correctionary pase is given or until 'the industrial average declines below 175. Would advise taking trading profits on the following issues in my recommended list. BETTER GRADE ISSUES Last Price Addressograph Multigraph Atchison,Topeka & S.F. Johns Manville 35 89 3/8 40 1/4 Originally Recommended 31 83 1/4 36-34 Cities Service Illinois Central Western Pacific SPECULA'rIVE ISSUES Last Price 52 1/8 26 5/8 27 1/4 Originally Recommended 40 24 1/2 20 1/4 September 9, 1949 EDMUND W. TABELL WALSTo', HOFFMAN & GOODWIN this memorandum Is not to be construed as en offef or solicitation of offers to buy or sell en\, securities. From time to time Walston, Hoffman & Goodwin mey have an Interest In lome or all of the securities mentioned herein. The foregoing material has een prepared by IlS as a metter of Information only It Is bosed upon Information believed reliable but not neceuatllv complete, Is not guaranteed illS accurate or final, and II not Intended to foreclose Independent Inquiry.