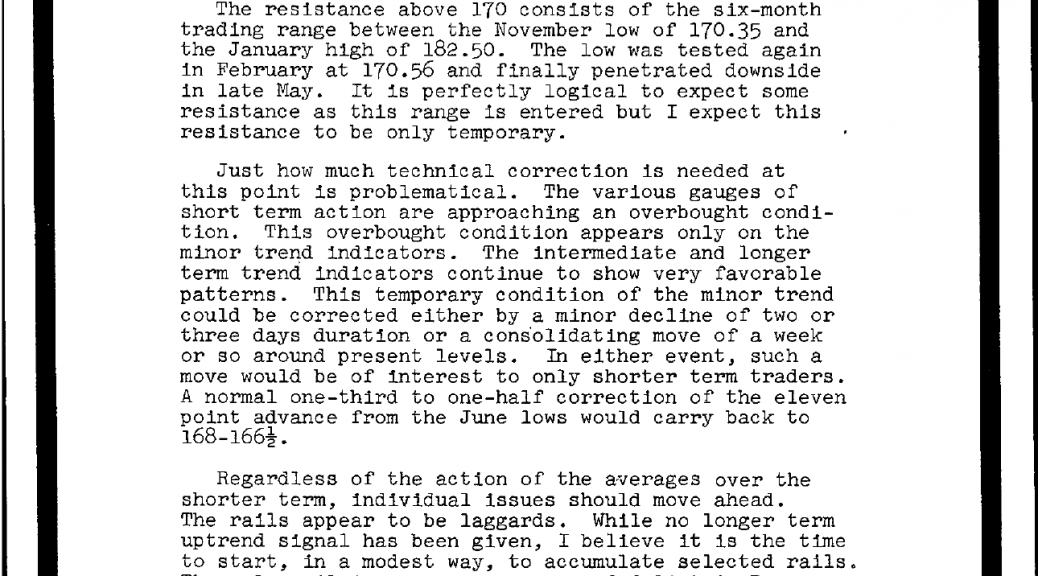 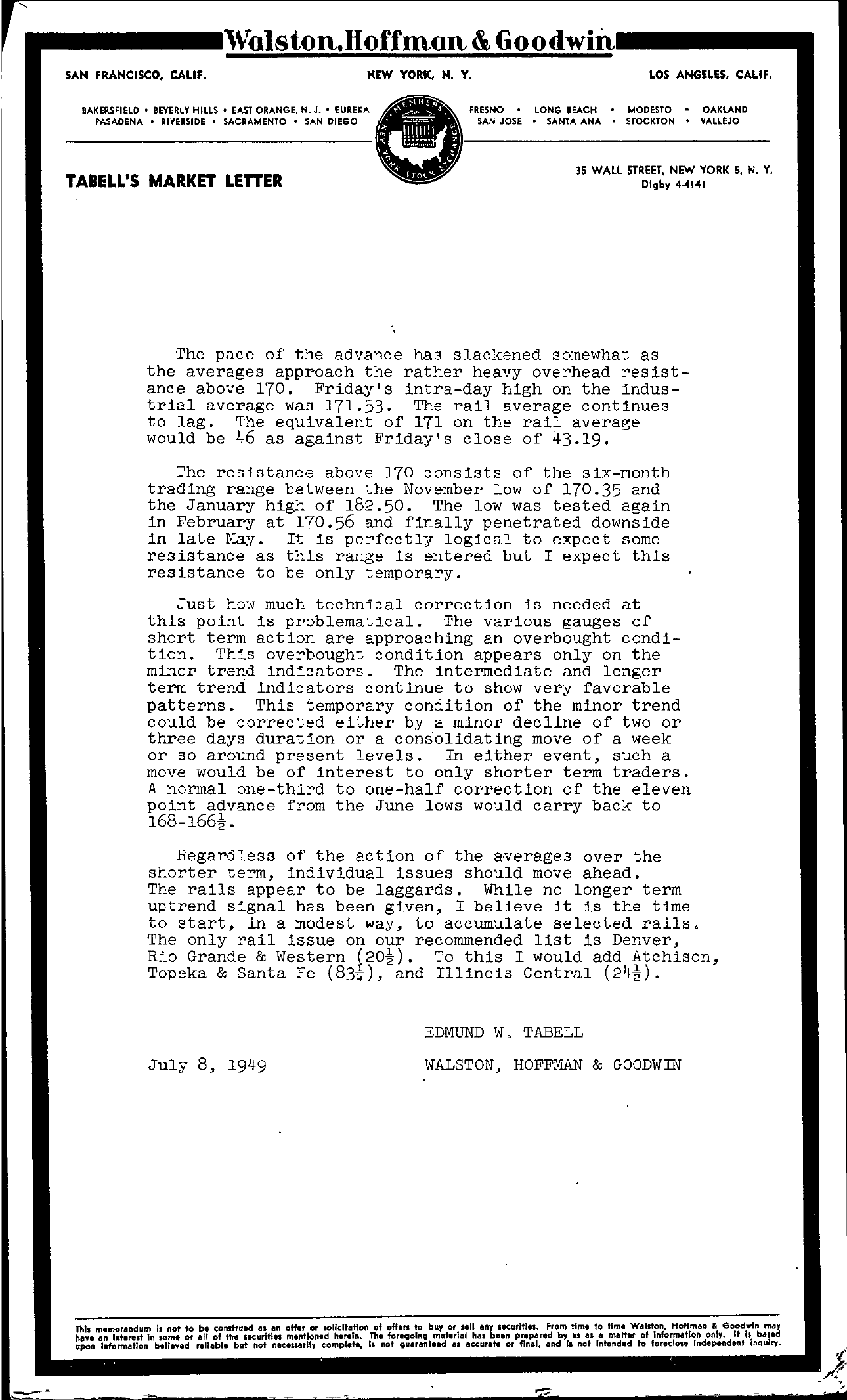 TABELL'S MARKET LETTER 35 WALL STREET, NEW YORK 5, N. Y. Digby 4-4141 The pace of the advance has slackened somewhat as the averages approach the rather heavy overhead resist- ance above 170. Friday's intra-day high on the industrial average was 171.53. The rail average continues to lag. The equivalent of 171 on the rail average would be 46 as against Friday's close of 43.19. The resistance above 170 consists of the six-month trading range between the November low of 170.35 and the January high of 182.50. The low was tested again in February at 170.56 and finally penetrated downside in late May. It is perfectly logical to expect some resistance as this range is entered but I expect this resistance to be only temporary. Just how much technical correction is needed at this point is problematical. The various gauges of short term action are approaching an overbought condition. This overbought condition appears only on the minor trend indicators. The intermediate and longer term trend indicators continue to show very favorable patterns. This temporary condition of the minor trend could be corrected either by a minor decline of two or three days duration or a cons'olidating move of a week or so around present levels. In either event, such a move would be of interest to only shorter term traders. A normal one-third to one-half correction of the eleven point advance from the June lows would carry back to 168-166. Regardless of the action of the averages over the shorter term, individual issues should move ahead. The rails appear to be laggards. While no longer term uptrend signal has been given, I believe it is the time to start, in a modest way, to accumulate selected rails. The only rail issue on our recommended list is Denver, Ro Grande & Western 20). To this I would add Atchison, Topeka & Santa Fe (834)' and Illinois Central (24). July 8, 1949 EDMUND W0 TABELL WALSTON, HOFFMAN & GOODWIN This memorandum Is not to b. construed a. an offer or IOlIclteHon of offen to buy or ..II lIny 1.00IItl… from time to tim. Walden, Hotfm5 & Goodwin may he…. on Interest In lome or all of the SKurltl.s mentloMd he,.t. Th. forllQoln; meterle' has ben pplI'.d by us S fI motter of Information onl,. It Is, bad upon Information believed ,.lIebl. but not nee.swIIl, complete, I. not Quarantd as accurate or final. end II not Intend.d to foredo Independent Inquiry.