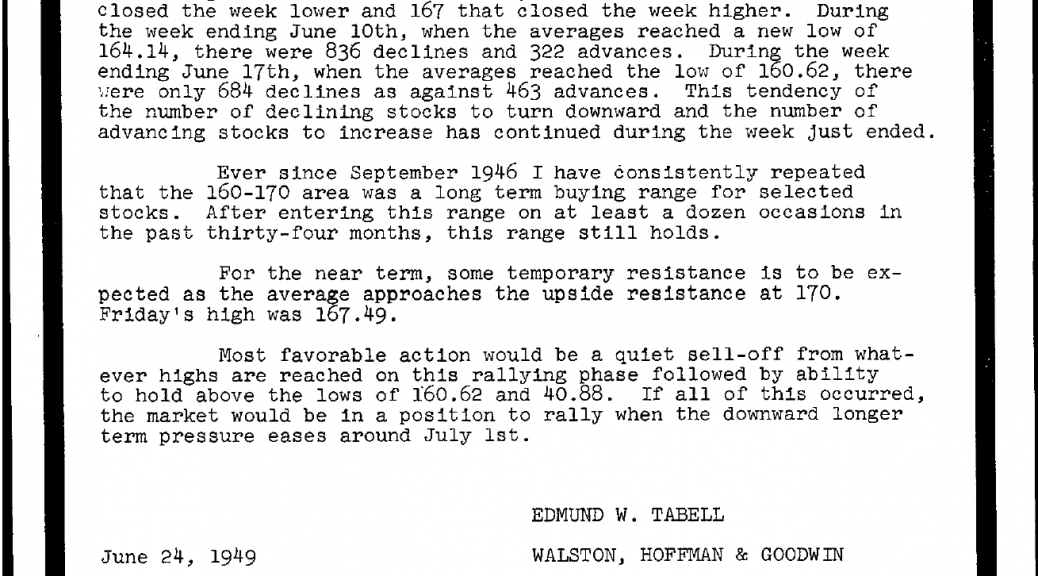 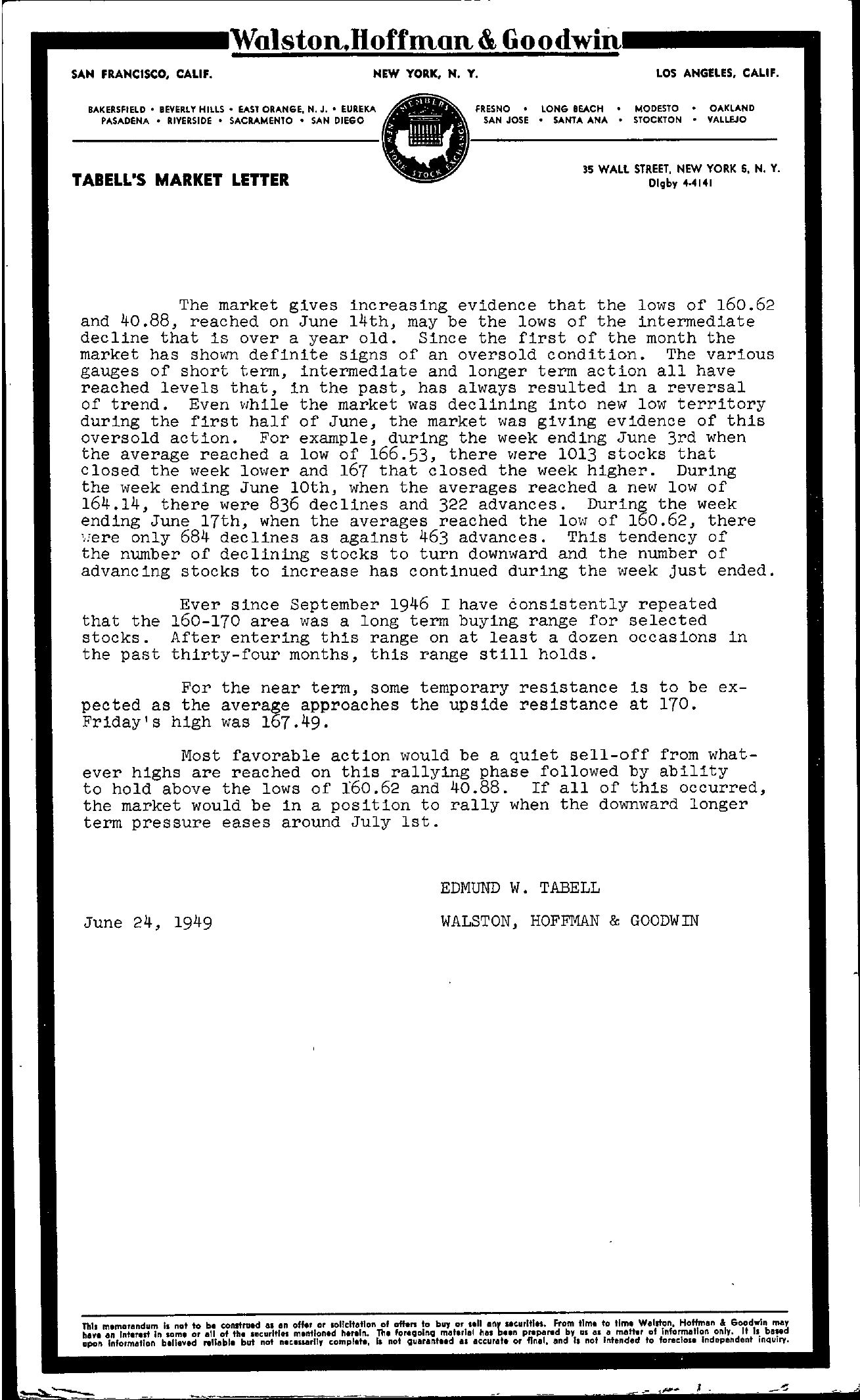 TABELL'S MARKET LETTER 35 WALL STREET. NEW YORK 5. N. Y. Digby 4-4141 The market gives increasing evidence that the lows of 160.62 and 40.88, reached on June 14th, may be the lows of the intermediate decline that is over a year old. Since the first of the month the market has shown definite signs of an oversold condition. The various gauges of short term, intermediate and longer term action all have reached levels that, in the past, has always resulted in a reversal of trend. Even while the market was declining into new low territory during the first half of June, the market was giving evidence of this oversold action. For example, during the week ending June 3rd when the average reached a low of 166.53, there vlere 1013 stocks that Closed the week lower and 167 that closed the week higher. During the week ending June lOth, when the averages reached a new low of 164.14, there were 836 declines and 322 advances. During the week ending June 17th, when the averages reached the low of 160.62, there ',ere only 684 declines as against 463 advances. This tendency of the number of declining stocks to turn downward and the number of advancing stocks to increase has continued during the week just ended. Ever since September 1946 I have consistently repeated that the 160-170 area was a long term buying range for selected stocks. After entering this range on at least a dozen occasions in the past thirty-four months, this range still holds. For the near term, some temporary resistance is to be expected as the average approaches the upside resistance at 170. Friday's high was 167.49. Most favorable action would be a quiet sell-off from whatever highs are reached on this rallying phase followed by ability to hold above the lows of 160.62 and 40.88. If all of this occurred, the market would be in a position to rally when the downward longer term pressure eases around July 1st. June 24, 1949 EDMUND W. TABELL WALSTON, HOFFMAN & GOODWIN Thll memorandum I, not to bti conttrued III an offt,r or IOlIcltatlon of offen to buy or .,11 an, ncurlt'. From time to tim. Walston, Hoffman I Goodwin may he…. an Inta!'lld In 10m. or all of th .ecurltles mentioned h.retn. Ttl. fONQoln; mllt'rlel hal b.,n prepared by UI ,n a math' of tnformellon only. It 11 based llpon InformatIon believed ,.lIebl. but not neealla,lIy compl…. I, not Quarant..d al accurat. or ftnal, and Is not Intended to foredo,. Independent Inquiry. -i I )