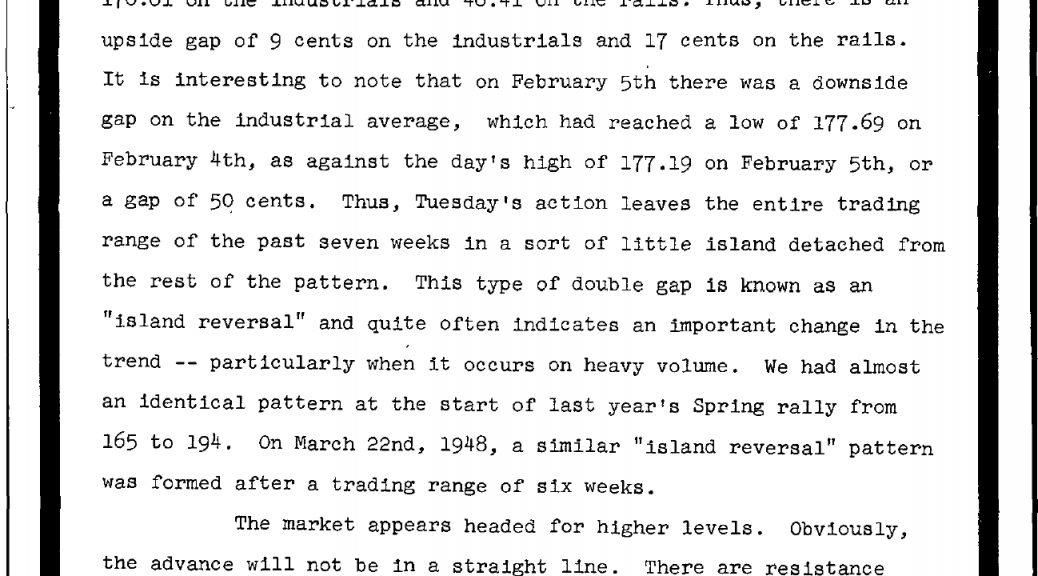 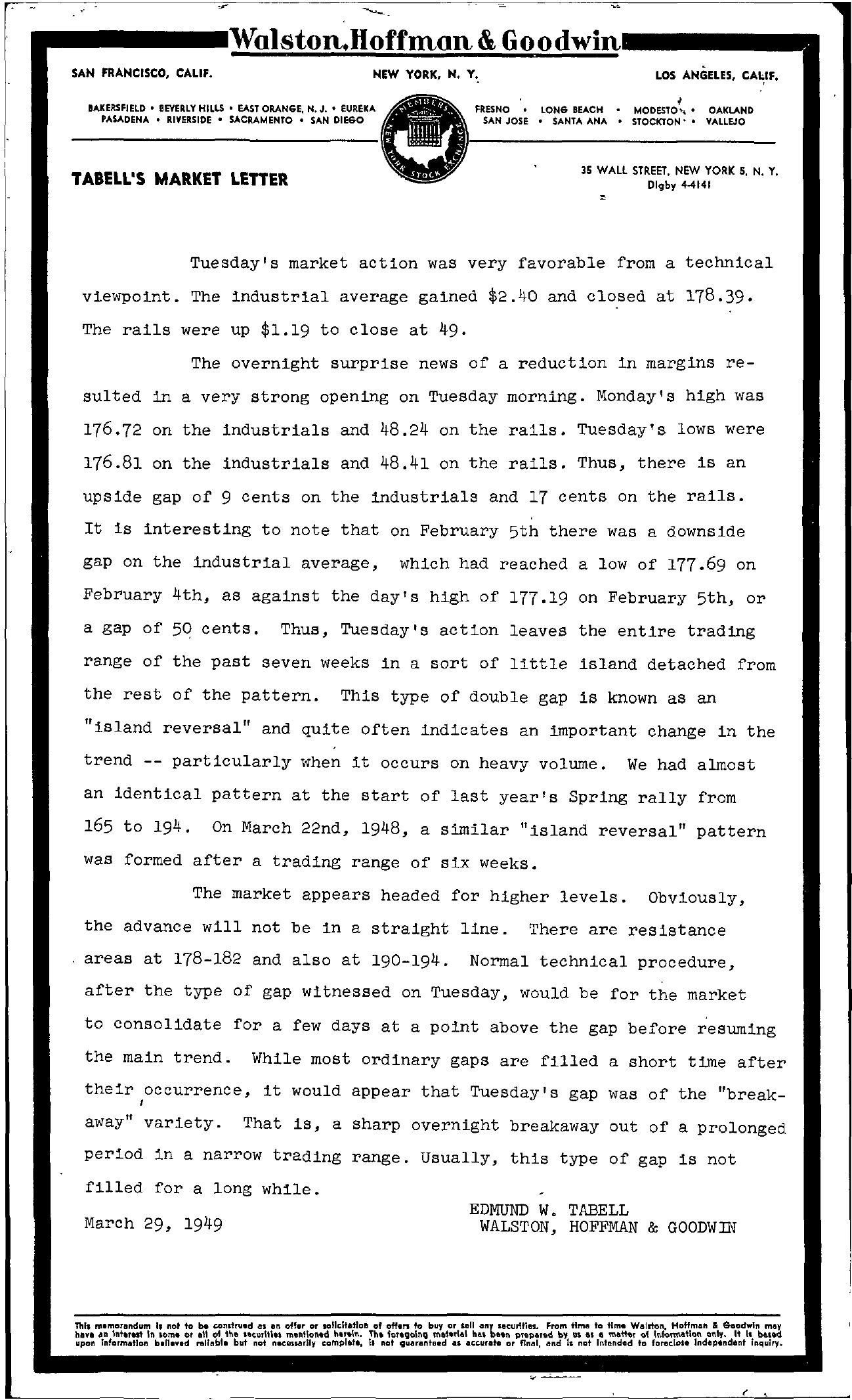 TABELL'S MARKET LEnER 35 WALL STREET, NEW YORK 5, N. Y. Digby 4-4141 Tuesday's market action was very favorable from a technical viewpoint. The industrial average gained 2.40 and closed at 178.39. The rails were up 1.19 to close at 49. The overnight surprise news of a reduction in margins re- sulted in a very strong opening on Tuesday morning. Monday's high was 176.72 on the industrials and 48.24 on the rails. Tuesday's lows were 176.81 on the industrials and 48.41 on the rails. ThUS, there is an upside gap of 9 cents on the industrials and 17 cents on the rails. It is interesting to note that on February 5th there was a downside gap on the industrial average, which had reached a low of 177.69 on February 4th, as against the day's high of 177.19 on February 5th, or a gap of 50 cents. Thus, Tuesday's action leaves the entire trading range of the past seven weeks in a sort of little island detached from the rest of the pattern. This type of double gap is known as an island reversal and quite often indicates an important change in the trend — particularly when it occurs on heavy volume. We had almost an identical pattern at the start of last year's Spring rally from 165 to 194. On March 22nd, 1948, a Similar island reversal pattern was formed after a trading range of six weeks. The market appears headed for higher levels. Obviously, the advance will not be in a straight line. There are resistance areas at 178-182 and also at 190-194. Normal technical procedure, after the type of gap witnessed on Tuesday, would be for the market to consolidate for a few days at a point above the gap before resuming the main trend. While most ordinary gaps are filled a short time after their occurrence, it would appear that Tuesday's gap was of the breakI away variety. That is, a sharp overnight breakaway out of a prolonged period in a narrow trading range. Usually, this type of gap is not filled for a long while. March 29, 1949 EDMUND W. TABELL WALSTON, HOFFMAN & GOODWIN this memorandum I, not to be nrlru.d 1111 lin off.r or lollclt.tlorl of off.n to buy or lell IIIny lea/ritles. From flme to time Walrton, Hoffman & Goodwin may hey. an lnt.tHt In iOme Of 111\1 of 'thlll lecurln., mllntlonad h.,.\, The 'Hlrllliolnq maiertal hat bun prepeM by ' .s Ito mef oi 1nfonnaUon onty. Ii I, based upon Information b.lI.ved rellebl. but not necossarlly complet., Is net Gu,uanto.d as accurate or final, and ts not Intended to foreclos. Independent InquIry. ,,