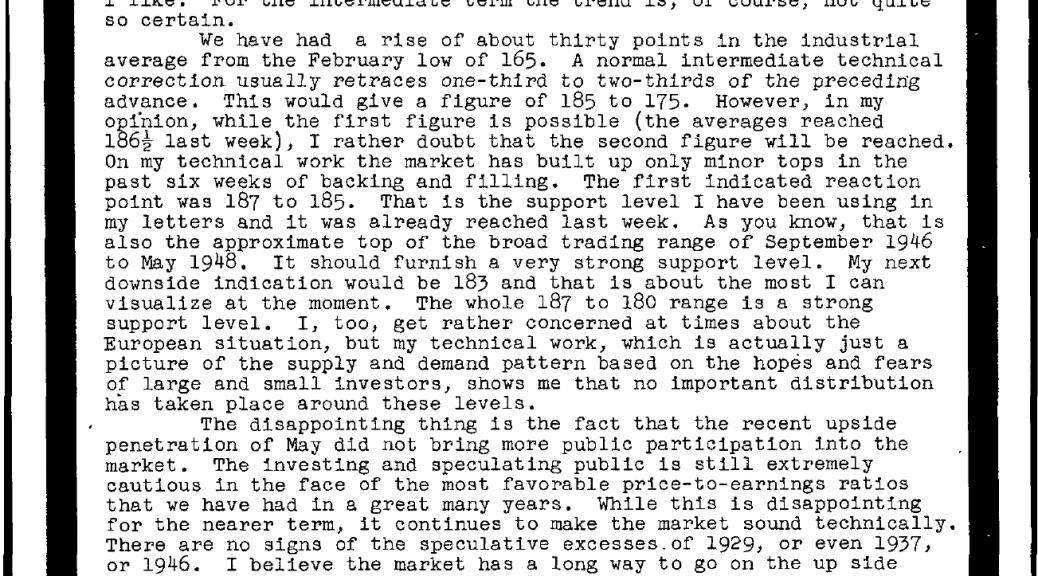 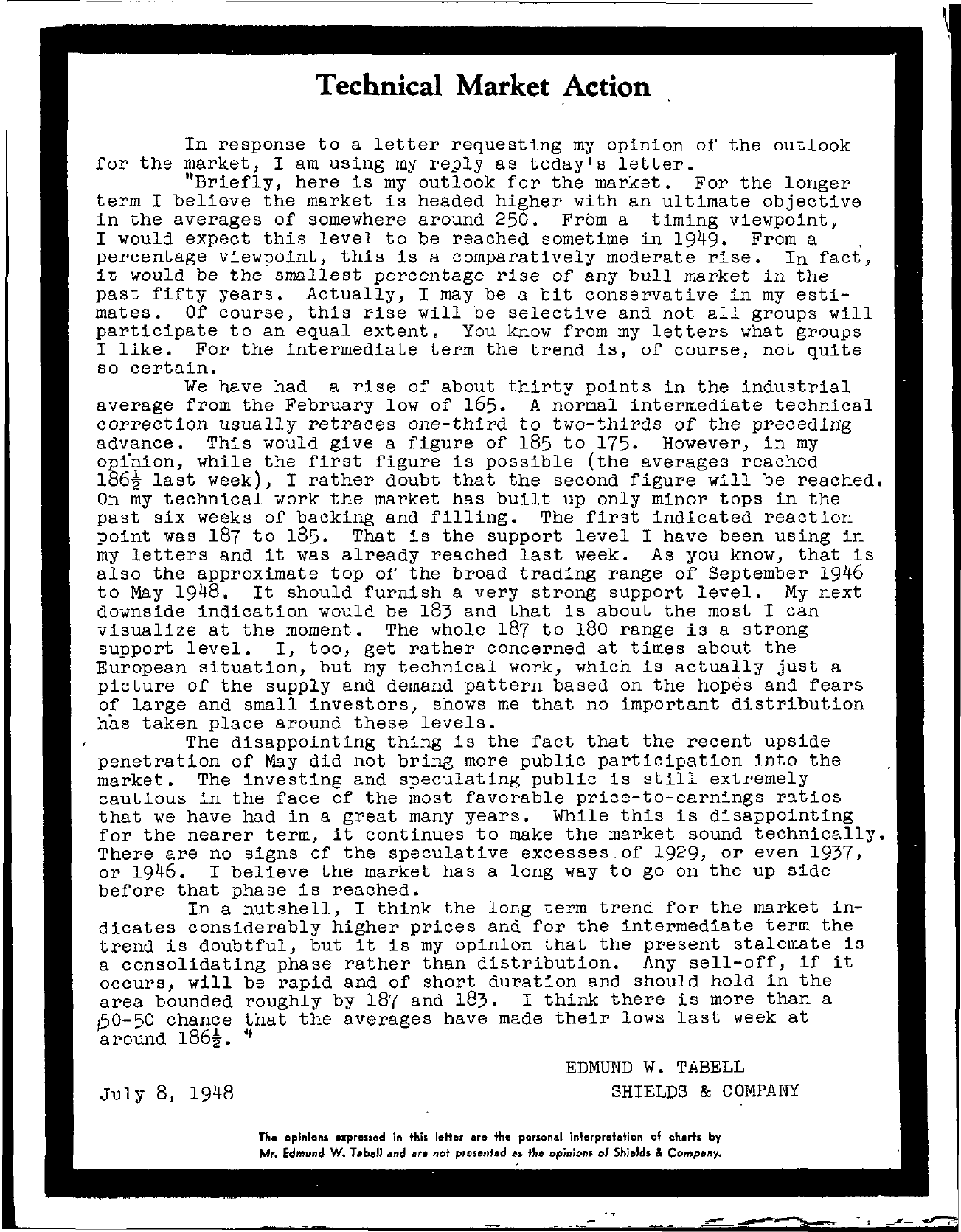 Technical Market Action In response to a letter requesting my opinion of the outlook for the market, I am using my reply as today'B letter. IIBriefly, here is my outlook for the market. For the longer term I believe the market is headed higher with an ultimate objective in the averages of somewhere around 250. From a timing viewpoint, I would expect this level to be reached sometime in 1949. From a . percentage viewpoint, this is a comparatively moderate rise. In fact, it would be the smallest percentage rise of any bull market in the past fifty years. Actually, I may be a bit conservative in my estimates. Of course, this rise will be selective and not all groups will participate to an equal extent. You know from my letters what groups I like. For the intermediate term the trend is, of course, not quite so certain. We have had a rise of about thirty points in the industrial average from the February low of 165. A normal intermediate technical correction usually retraces one-third to two-thirds of the preceding advance. This would give a figure of 185 to 175. However, in my opfnion, while the first figure is possible (the averages reached 186t last week), I rather doubt that the second figure will be reached. On my technical work the market has built up only minor tops in the past six weeks of backing and filling. The first indicated reaction point was 187 to 185. That is the support level I have been using in my letters and it was already reached last week. As you know, that is also the approximate top of the broad trading range of September 1946 to May 1948. It should furnish a very strong support level. My next downside indication would be 183 and that is about the most I can visualize at the moment. The whole 187 to 180 range is a strong support level. I, too, get rather concerned at times about the European situation, but my technical work, which is actually just a picture of the supply and demand pattern based on the hopes and fears of large and small investors, shows me that no important distribution has taken place around these levels. The disappointing thing is the fact that the recent upside penetration of May did not bring more public participation into the market. The investing and speculating public is still extremely cautious in the face of the most favorable price-to-earnings ratios that we have had in a great many years. While this is disappointing for the nearer term, it continues to make the market sound technically. There are no signs of the speculative excesses.of 1929, or even 1937, or 1946. I believe the market has a long way to go on the up side before that phase is reached. In a nutshell, I think the long term trend for the market in- dicates considerably higher prices and for the intermediate term the trend is doubtful, but it is my opinion that the present stalemate is a consolidating phase rather than distribution. Any sell-off, if it occurs, will be rapid and of short duration and should hold in the area bounded roughly by 187 and 183. I think there is more than a 150-50 chance that the averages have made their lows last week at around 186t. II July 8, 1948 EDMUND W. TABELL SHIELDS & COMPANY Th. opinion.. upreued in this I.tter are the personal interpretation of cherts by 'f'w.Mr. Edmund r.beJJ ,nd not pf(lsentad 's the opinions of ShieJds It Company. -.. , —' L