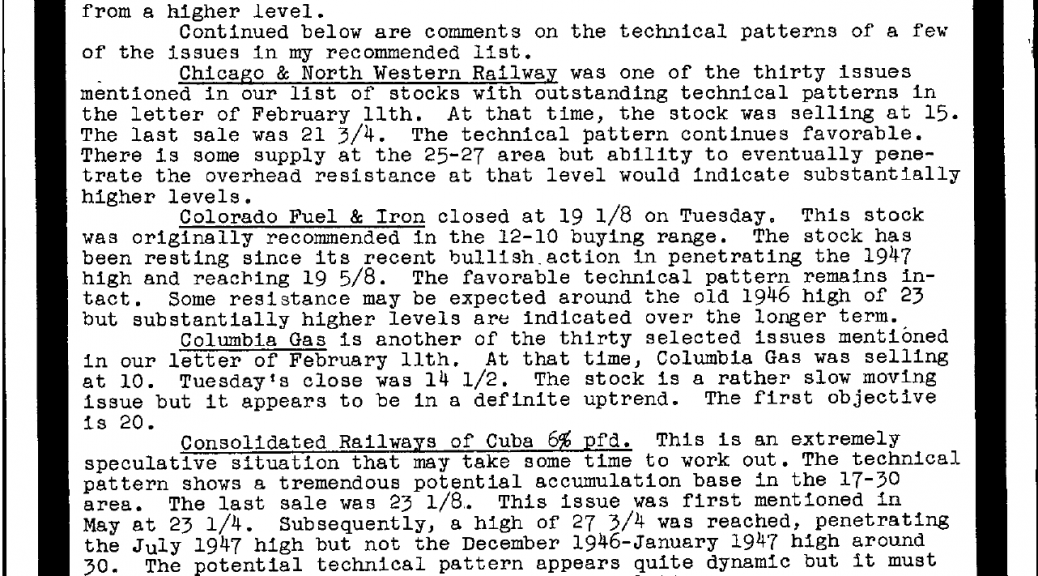 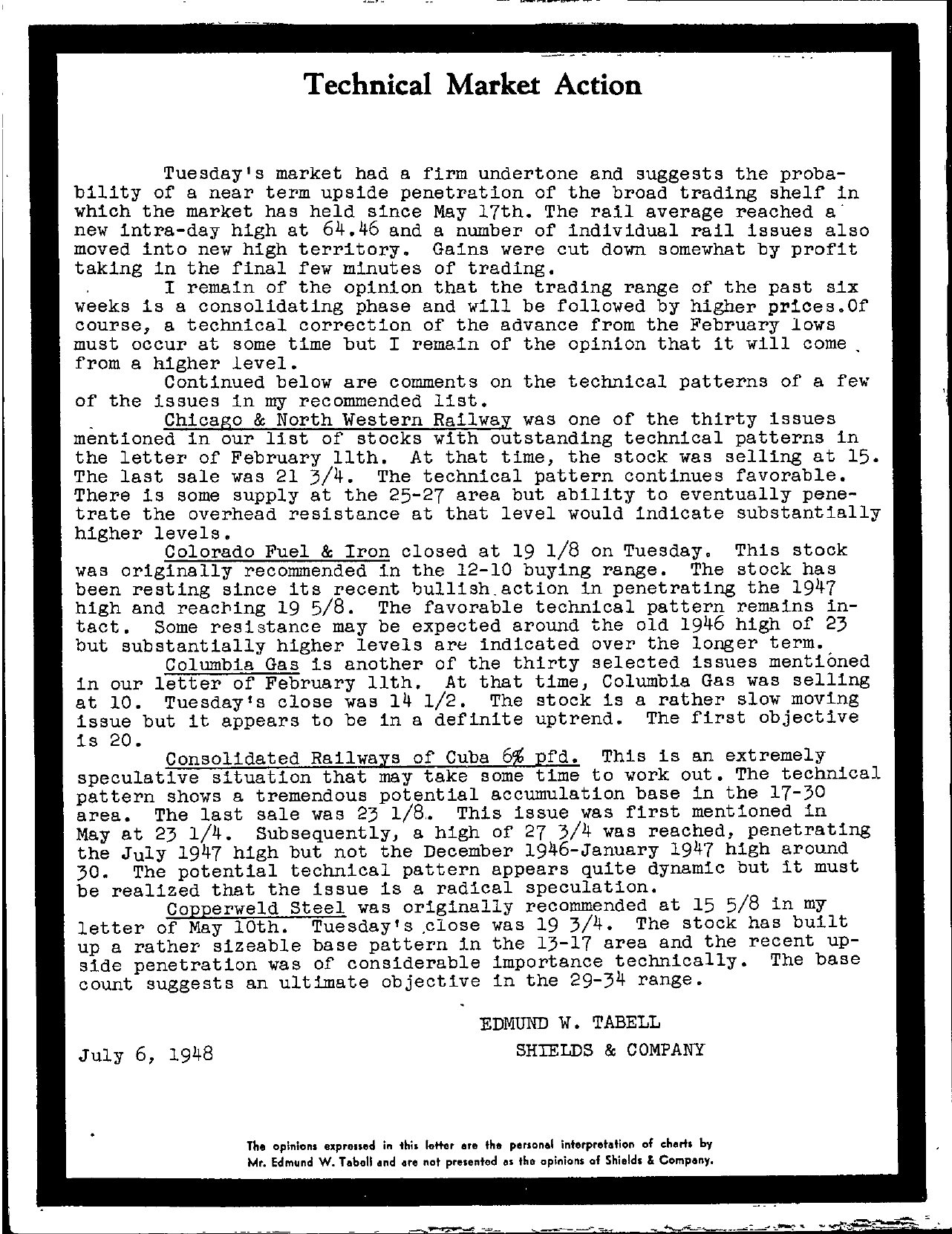 Technical Market Action Tuesday's market had a firm undertone and suggests the probability of a near term upside penetration of the broad trading shelf in which the market has held since May 17th. The rail average reached a' new intra-day high at 64.46 and a number of individual rail issues also moved into new high territory. Gains were cut down somewhat by profit taking in the final few minutes of trading. I remain of the opinion that the trading range of the past six weeks is a consolidating phase and will be followed by higher prices.Of course, a technical correction of the advance from the February lows must occur at some time but I remain of the opinion that it will come. from a higher level. Continued below are comments on the technical patterns of a few of the issues in my recommended list. . Chicago & North Western Railway was one of the thirty issues mentioned in our list of stocks with outstanding technical patterns in the letter of February 11th. At that time, the stock was selling at 15. The last sale was 21 3/4. The technical pattern continues favorable. There is some supply at the 25-27 area but ability to eventually penetrate the overhead resistance at that level would indicate substantially higher levels. Colorado Fuel & Iron closed at 19 1/8 on Tuesday. This stock was originally recommended in the 12-10 buying range. The stock has been resting since its recent Qullish.action in penetrating the 1947 high and reacping 19 5/8. The favorable technical pattern remains intact. Some resistance may be expected around the old 1946 high of 23 but substantially higher levels are indicated over the longer term. Columbia Gas is another of the thirty selected issues mentioned in our letter of February 11th. At that time, Columbia Gas was selling at 10. Tuesday's close was 14 1/2. The stock is a rather slow moving issue but it appears to be in a definite uptrend. The first objective is 20. Consolidated Railways of Cuba 6 pfd. This is an extremely speculative situation that may take some time to work out. The technical pattern shows a tremendous potential accumulation base in the 17-30 area. The last sale was 23 1/8.. This issue was first mentioned in May at 23 1/4. Subsequently, a high of 27 3/4 was reached, penetrating the July 1947 high but not the December 1946-January 1947 high around 30. The potential technical pattern appears quite dynamic but it must be realized that the issue is a radical speculation. Copperweld Steel was originally recommended at 15 5/8 in my letter of May lOth. Tuesday's ,close was 19 3/4. The stock has built up a rather sizeable base pattern in the 13-17 area and the recent upside penetration was of considerable importance technically. The base count suggests an ultimate objective in the 29-34 range. July 6, 1948 EDMUND W. TABELL SHIELDS & COMPANY The opinions expressed in this letter ere the personal interpretation of harts by Mr. Edmund W. Taboll and aro not presented, the opinions of Shields & Company.