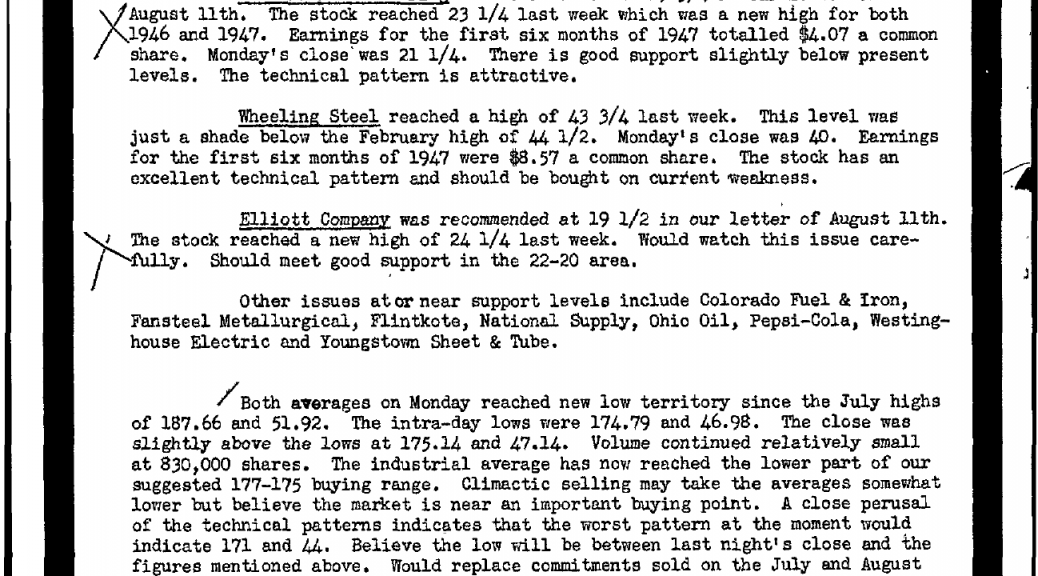 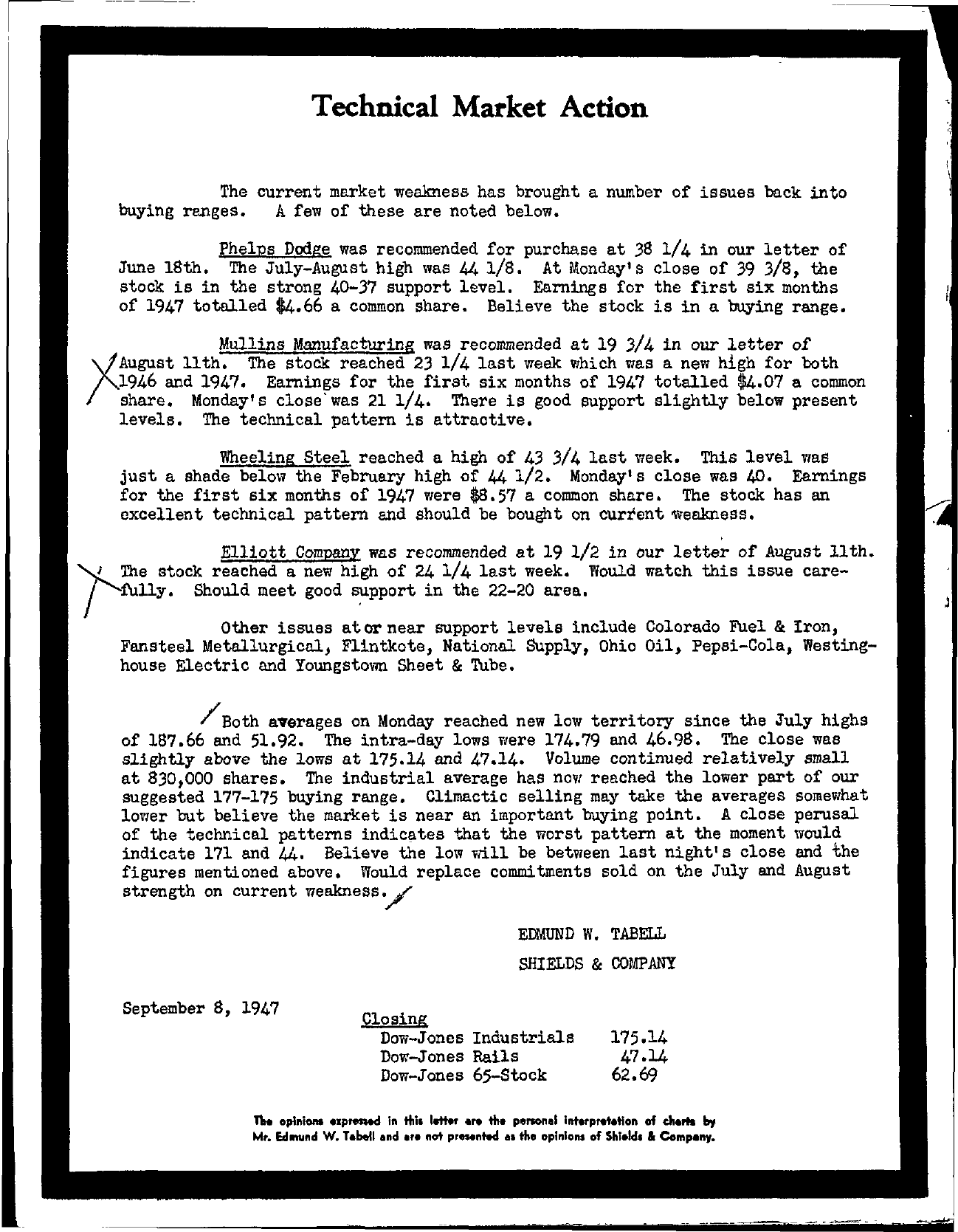 Technical Market Action The current market weakness has brought a number of issues back into buying ranges. A few of these are noted below. Phelps Dodge was recommended for purchase at 38 1/4 in our letter of June 18th. The July-August high was 44 1/8. At Monday's close of 39 3/8, the stock is in the strong 40-37 support level. Earnings for the first six months of 1947 totalled 4.66 a common share. Believe the stock is in a. buying range. Mullins Manufacturing was recommended at 19 3/4 in our letter of ' fAUgust 11th. The stock reached 23 1/4 last week which was a new high for both 1946 and 1947. Earnings for the first six months of 1947 totalled 4.07 a common share. Monday's close'was 21 1/4. There is good support slightly below present levels. The technical pattern is attractive. Wheeling Steel reached a high of 43 3/4 last week. This level Vias just a shade below the February high of 44 1/2. Monday's close was 40. Earnings for the first six months of 1947 Vlere 8.57 a common share. The stock has an excellent technical pattern and should be bought on current weakness. Elliott Company was recommended at 19 1/2 in our letter of August 11th. IThe stock reached a new high of 24 1/4 last week. Would watch this issue carefully. Should meet good support in the 22-20 area. Other issues at or near support levels include Colorado Fuel & Iron, Fansteel Metallurgical, Flintkote, National Supply, Ohio Oil, Pepsi-Cola, Westinghouse Electric and Youngstovm Sheet & Tube. J'Both a.erages on Monday reached new low territory since the July highs of 187.66 and 51.92. The intra-day lows were 174.79 and 46.98. The close was slightly above the lows at 175.14 and 47.14. Volume continued relatively small at 830,000 shares. The industrial average has noVi reached the lower part of our suggested 177-175 buying range. Climactic selling may teke the averages somewhat lOVier but believe the market is near an important buying point. A close perusal of the technical patterns indiCates that the worst pattern at the moment would indicate 171 and 44. Believe the low will be between last nights close and the figures mentioned above. Would replace commitments sold on the July and August strength on current Vleakness. EDMUND W. TABELL SHIELDS & COMPANY September 8, 1947 Closing Dow-Jones Industrials Dow-Jones Rails DOVi-Jones 65-Stock 175.14 47.14 62.69 ch.,.. 'n.. opiniOnt presMd In thi' lettM .re the personal interpretetion of trwt,. Echnund W. T.b.U and .r. not presantad al the opinions of Shi.ld, I Company.