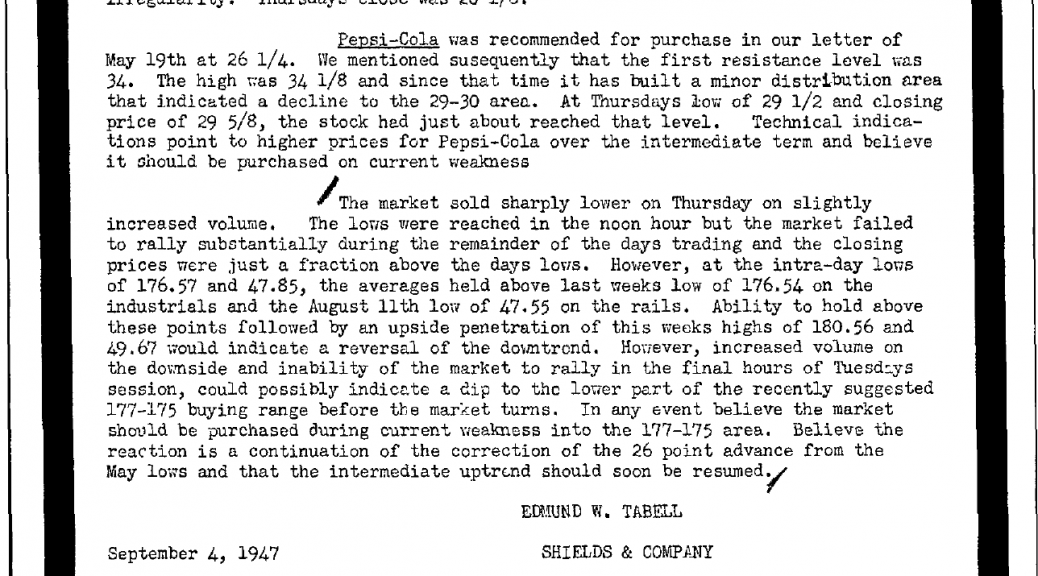 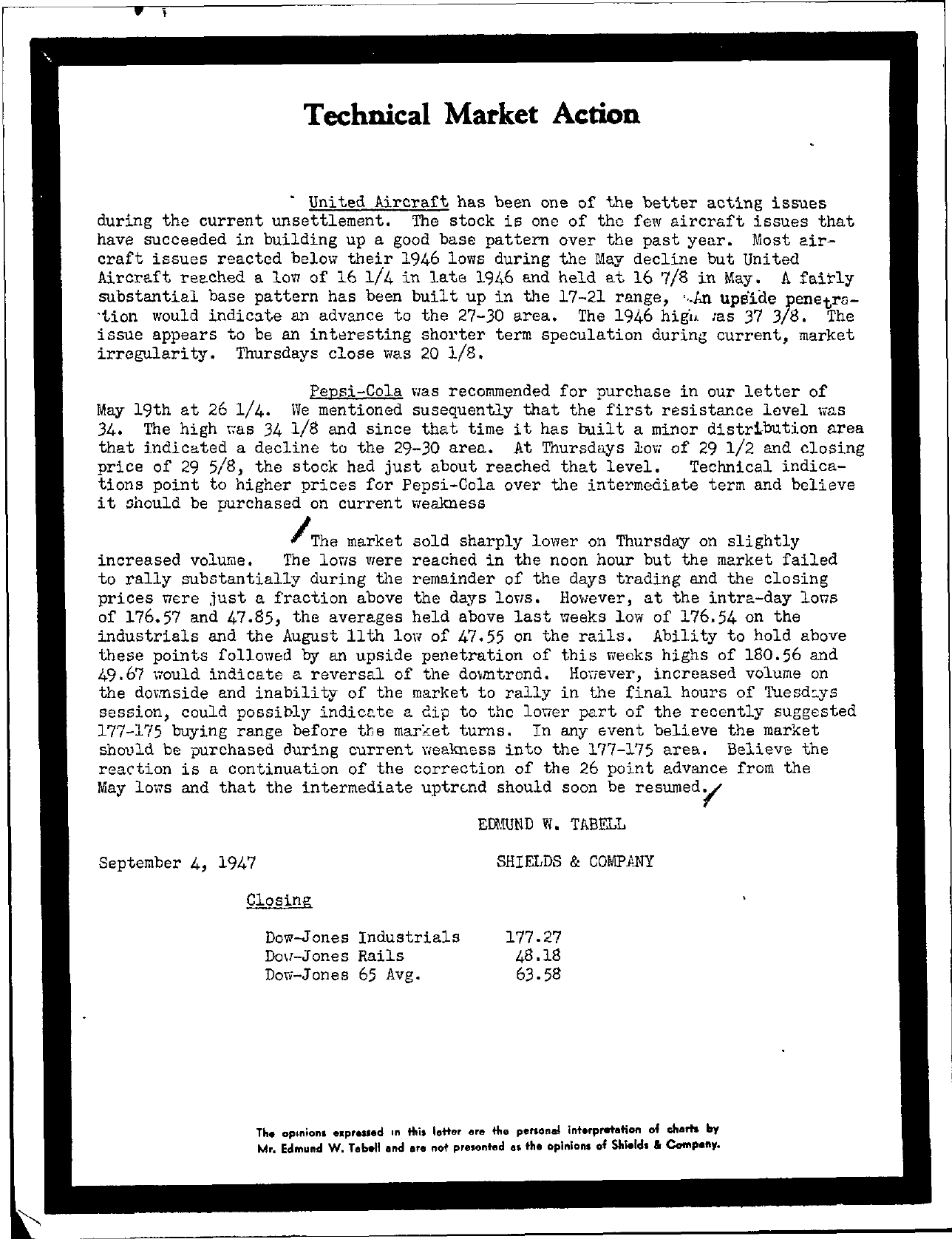 Technical Market Action . United Aircraft has been one of the better acting issues during the current unsettlement. The stock is one of tho few aircraft issues that have succeeded in building up a good base pattern over the past year. Most air- craft issues reacted below their 1946 lows during the May decline but United Aircraft reached a low of 16 1/4 in late 1946 and held at 16 7/8 in May. A fairly substantial base pattern has been built up in the 17-21 range, 'J,n upe'iae penetrD'Hon would indicate an advance to the 27-30 area. The 1946 higi, las 37 3/8. The issue appears to be an intresting shorter term speculation during current, market irregularity. Thursdays close was 20 1/8. Pepsi-Cola Vias recommended for purchase in our letter of May 19th at 26 1/4. We mentioned susequently that the first resistance level wus 34. The high ras 34 1/8 and since that time it has built a minor distribution Ilrea that indicated a decline to the 29-30 area. At Thursdays ow of 29 1/2 and closing price of 29 5/8, the stock had just about reached that level. Technical indications point to higher prices for Pepsi-Cola over the intermediate term and believe it ohould be purchased on current weakness /The market sold sharply 10Vier on Thursday on slightly increased voluli1e. The 10\'15 Vlere reached in the noon hour but the market failed to rally substantially during the remainder of the days trading and the closing prices Vlere .just a fraction above the days 10.ls. HO;i8ver, at the intra-day 10Vis of 176.57 and 47.85, the averages held above last \7eeks low of 176.54 on the industrials and the August 11th low of 47.55 on the rails. Ability to hold above these points followed by an upside penetration of this weeks highs of 180.56 and 49.67 ..ould indicate a reversal of the dOlmtrend. Honever, increased volume on the dOllIlside and inability of the market to rally in the final hours of Tuesd.ys session, could possibly indie!'.te a dip to the loner part of the recently suggested 177-175 buying range before tbe marLet turns. In any event believe the market shovld be purchased during current weakness into the 177-175 area. Believe the reaction is a continuation of the correction of the 26 point advance from the May lo;,s and that the intermediate uptrmd should soon be resumed! EDMUND VI, TABELL September 4, 1947 SHIELDS & COMPANY ClOSing Dow-Jones Industrials DOll-Jones Rails Dow-Jones 65 Avg. 177 .27 48.18 63.58 The opinion. ellp,….d In hi. letter ere the pet50nol int.rp……tion of cham by Mr. Edmund W. Tab.n and are not pre,ented as the opinions of Sht.fd. , Company.