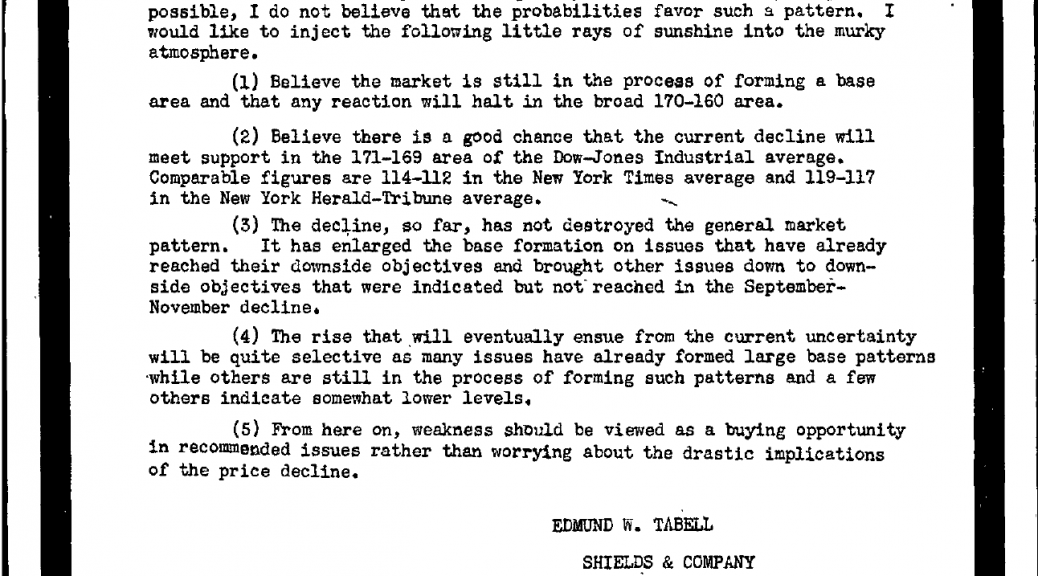 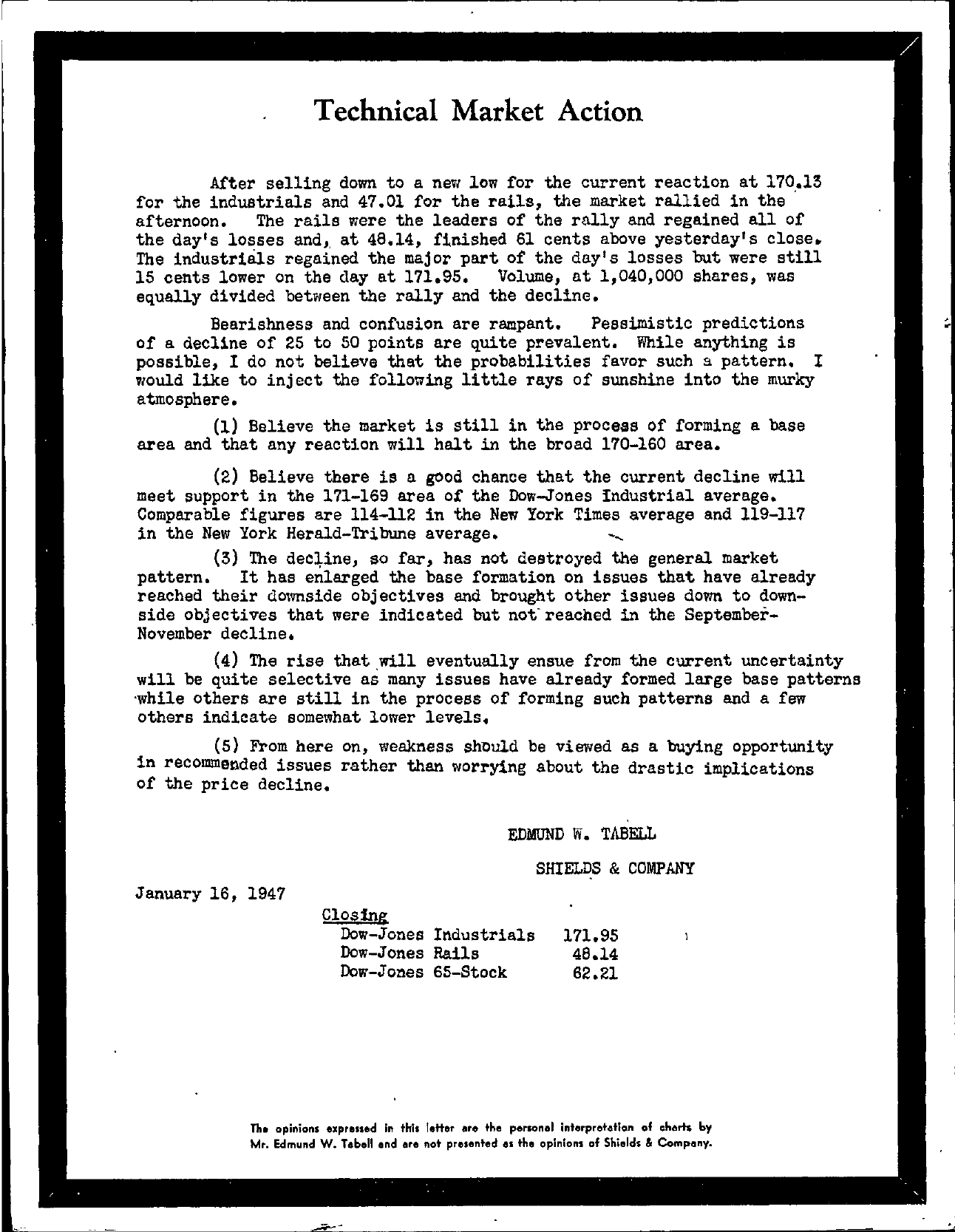 Technical Market Action After selling down to a new low for the current reaction at 170,.111 for the industrials and 47.0,1 for the rails, the market rallied in the afternoon. The rails were the leaders of the rally and regained all of the day's losses and at 48.14, finished 61 cents above yesterday's close. The industri81s regained the major part of the day's losses but were still 15 cents lower on the day at 171.95. Volume, at 1,0,40,,0,0,0, shares, was equally divided between the rally and the decline. Bearishness and confusion are rampant. Pessimistic predictions of a decline of 25 to 50, pOints are quite prevalent. While anything is possible, I do not believe that the probabilities favor such a pattern. I Vlould like to inject the following little rays of sunshine into the murky atmosphere. (1) Believe the market is still in the process of forming a base area and that any reaction will halt in the broad 170,-160, area. (2) Believe there is a good chance that the current decline will meet support in the 171-169 area of the Dow-Jones industrial average. Comparable figures are 114-112 in the New York Times average and 119-117 in the New York Herald-Tribune average. , (11) The decine, so far, has not destroyed the general market pattern. It has enlarged the base formation on issues that have already reached their dOlmside objectives and brought other issues down to down- side objectives that were indicated but not'reached in the SeptemberNovember decline. (4) The rise that ,will eventually ensue from the current uncertainty will be quite selective as many issues have already formed large base patterns 'while others are still in the process of forming such patterns and a few others indicate somewhat lower levels. (5) From here on, weakness should be viewed as a buying opportunity in recommended issues rather than worrying about the drastic implications of the price decline. January 16, 1947 EDMUND w. TABELl.. SHIELDS & COMPANY Closin& Dow-Jones Industrials Dow-Jones Rails Dow-Jones 65-Stock 171.95 48.14 62.21 Th. opinions expre5Sed in this letter are the personal interpretdton of charts by Mr. Edmund W. Taboll end are not prllsented 4S the opinions of Shields & Company.