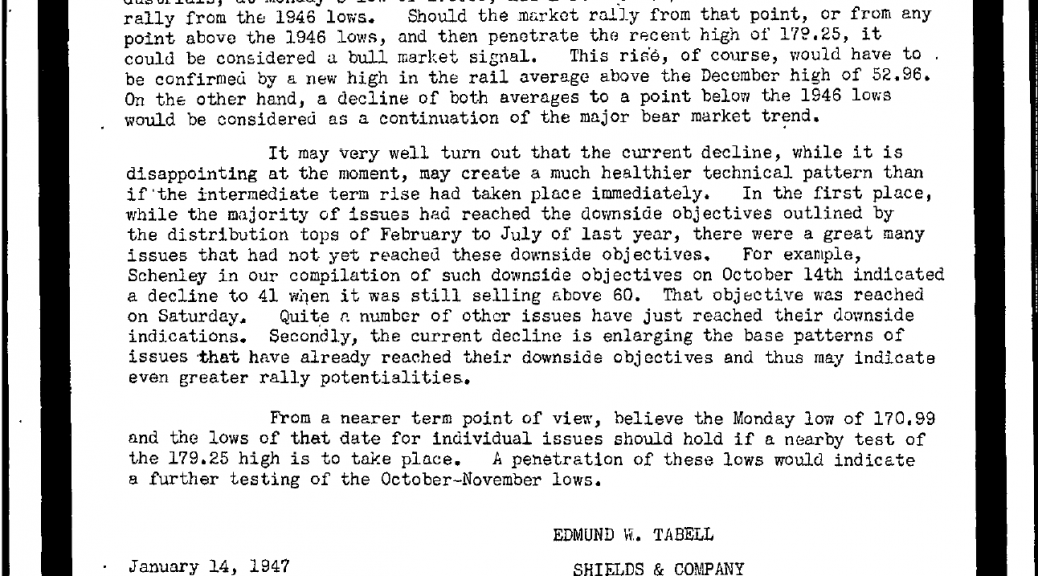 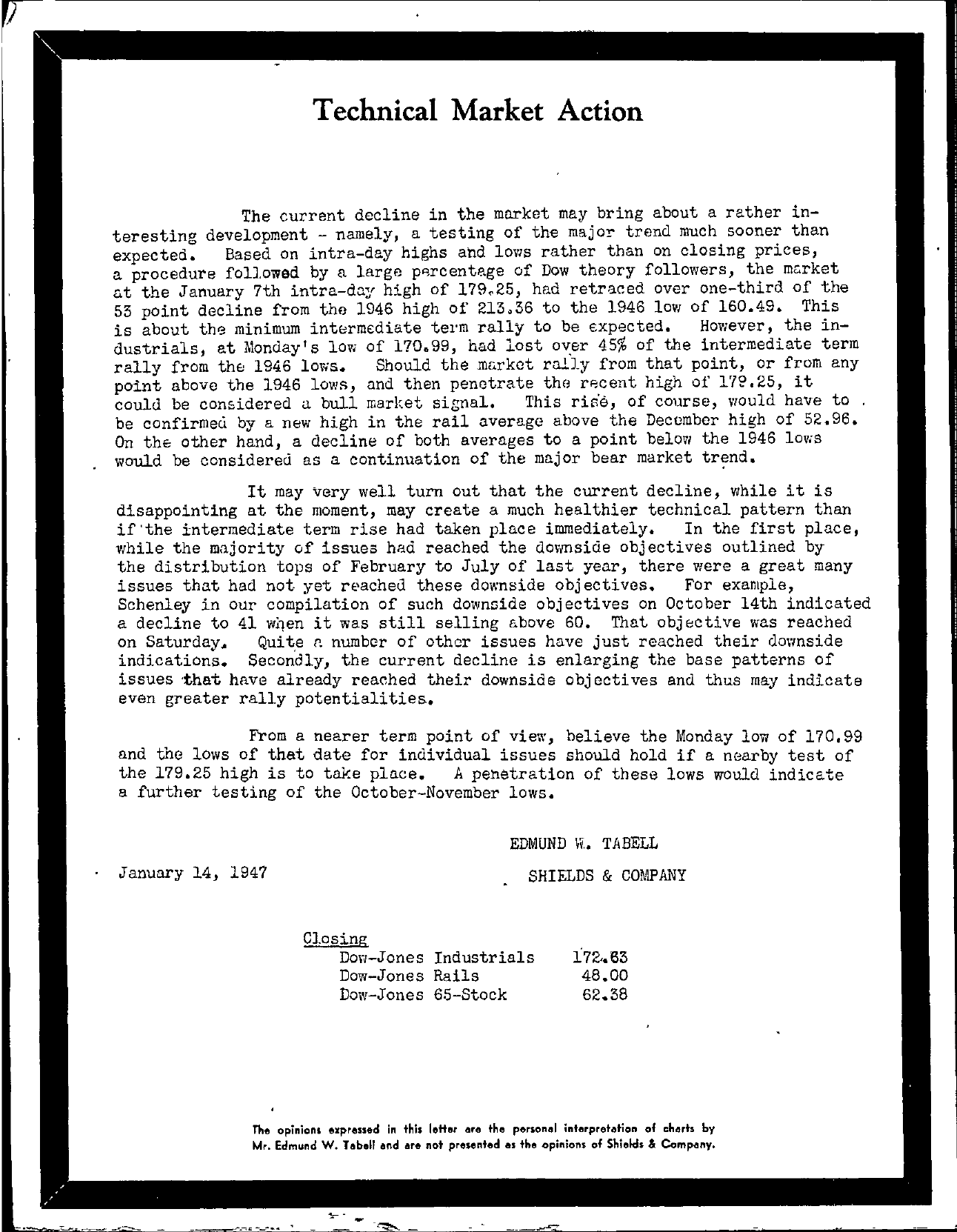 Technical Market Action The current decline in the market may bring about a rather interesting development – namely, a testing of the major trend much sooner than expected. Based on intra-day highs ahd lovls rather than on closing prices, a procedure followed by it large pp.rcentl'lge of Dow theory followers, the mr;rket at the January 7th intra-do.' high of 179025, had retraced over one-third of the 55 point decline from the 1946 high of 213,56 to the 1946 low of 160.49. This is about the minimum intermEdiate tel'm rally to be expected. However, the industrials, at Monday's 10Vi of 170.99, had lost over 45 of the intermediate term rally from thE! 1946 lOViS. Should the m&rkct ro.lly from that point, or from any point above the 1946 lows, and then penetrate the r8cent high of 1'12.25, it could be conidered u bull market signal. This rifle, of course, \'lou1d have to , be confirmeu by a new high in the rail average above the December high of 52.96. On the, other hand, a decline of both averages to a point below the 1946 lows would be considered as a continuation of the major bear market trnd. It may very well turn out that the current decline, while it is disappointing at the moment, may create a much healthier technical pattern than if'the intermediate term rise had taken place immediately. In the first place, while the majority of issues had reached the dovmside objectives outlined by the distribution tops of February to July of last year, there were a great many issues that had not yet rIO'achell these downside objectives. For example, Schenley in our compilation of such downoide objectives on October 14th indicated a decline to 41 w4en it was still selling above 60. That objctive was reached on Saturday, Quite I'. number of othr issues have just reached their downside indications. Secondly, the current decline is enlarging the base patterns of issues 'that have already reached their downside objectives and thus may indicate even greater rally potentialities. From a nearer term point of view, believe the Monday low of 170.99 and the lows of that date for individual issues should hold if a nearby test of the 179.25 high is to take place. A penetration of these lows would indicate a further testing of the October-November lows. January 14, 1947 EDMUND IV.. TABELL SHIELDS & COMPANY Closing Dow-Jones Industrials Dow-Jones Rails Dow-Jones 6,S-Stock i72..63 48.00 62.38 The opinions flllpressed in this letter are the personal interpretation of cherts by Mr. Edmund W. label! end are not presented as the opinions of Shiekls & Company. – —