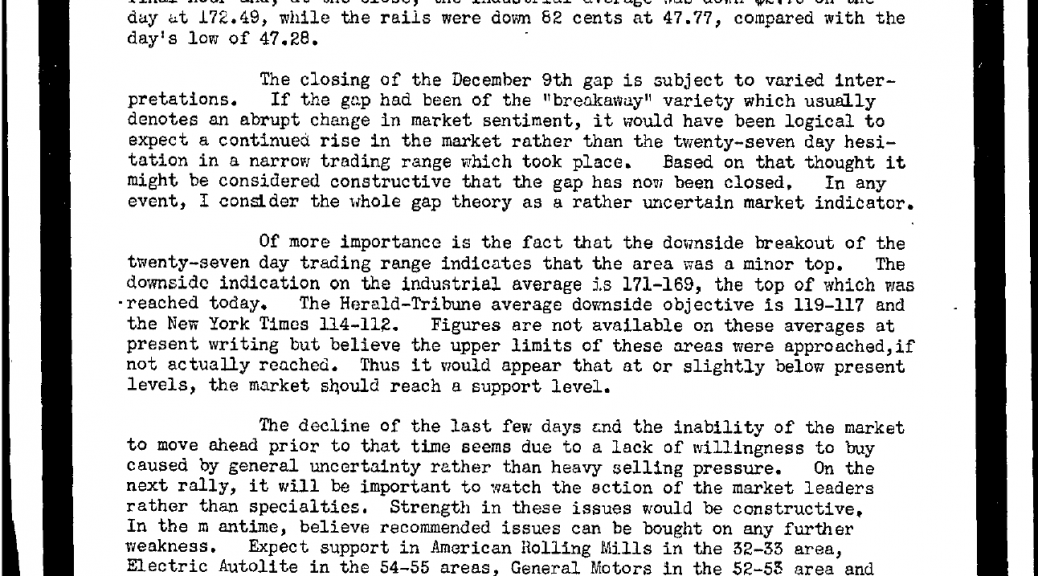 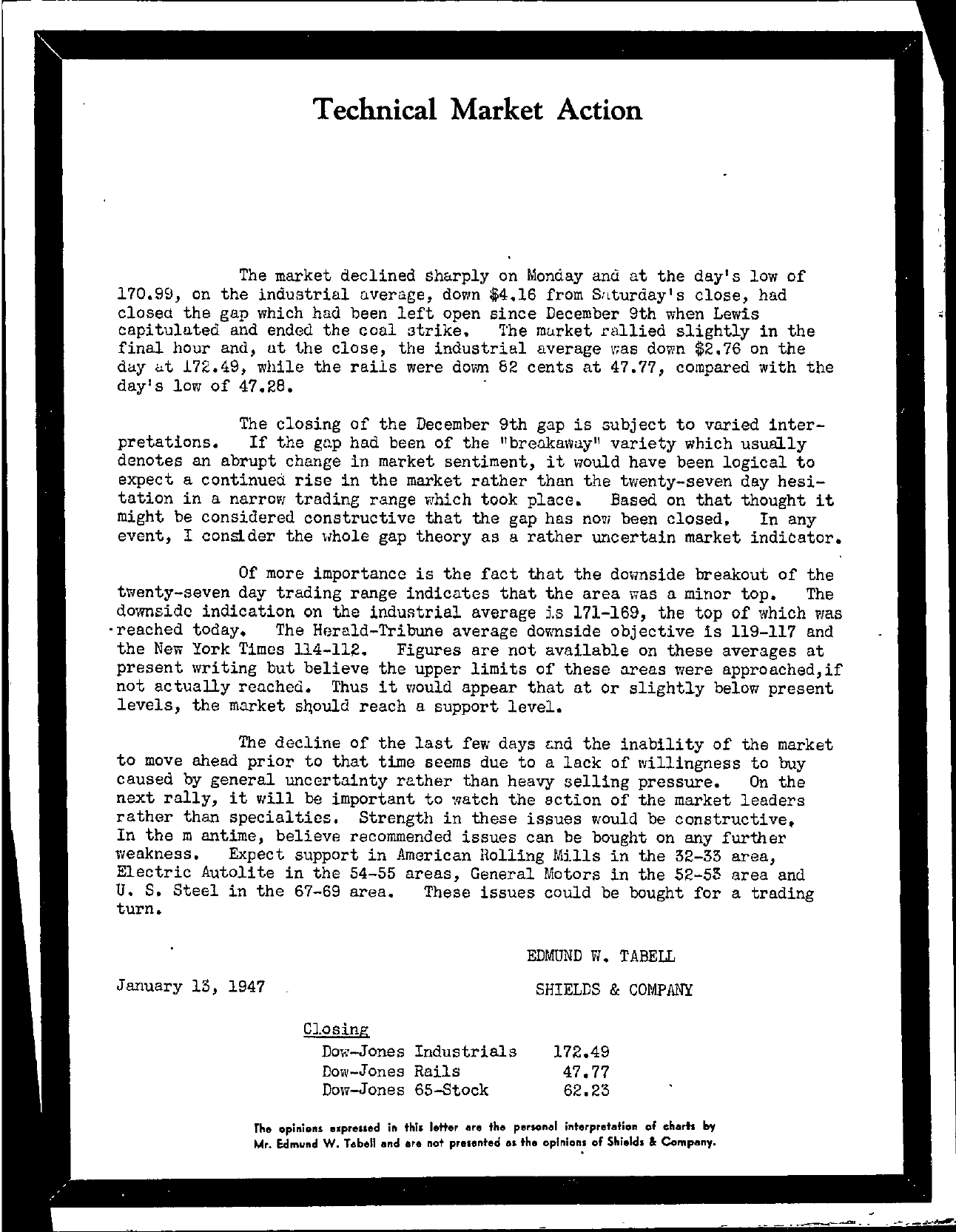 Technical Market Action The market declined sharply on Monday and at the day's low of 170.99, on the industrial average, down 4.16 from Saturday's close, had closed the gap which had been left open since December 9th when Lewis capi tulated and ended the coal strike. 'l'he murket rallied slightly in the final hour and, ut the close, the industrial average Vias down 2.76 on the day at 172.49, while the rails were down 82 cents at 47.77, compared with the day's low of 47.28. The closing of the December 9th gap is subject to varied interpretations. If the gap had been of the breakaway variety which usually denotes an abrupt change in market sentiment, it would have been logical to expect a continued rise in the market rather than the twenty-seven day hesitation in a narrow trading range which took place. Based on that thought it might be considered constructive that the gap has noVi been closed. In any event, I conslder the I.hole gap theory as a rather uncertain market indicator. Of more importance is the fact that the dOI7nside breakout of the twenty-seven day trading range indicates that the area was a minor top. The downside indication on the industrial average i.s 171-169, the top of which was reached today. The Herald-Tribune average doside objective is 119-117 and the New York Times 114-112. Figures are not available on these averages at present writing but believe the upper limits of these areas were approached, if not actually reached. Thus it vlould appear that at or slightly below present levels, the market sould reach a support level. The decline of the last few days end the inability of the market to move ahead prior to that time seems due to a lack of willingness to buy caused by general uncertainty rather than heavy selling pressure. On the next rally, it vlill be important to watch the action of the market leaders rather than specialties. Strength in these issues vould be constructive. In the m antime, believe recommended issues can be bought on any further weakness. Expect support in American Rolling Mills in the 32-33 area, Electric Autolite in the 54-55 areas, General Motors in the 52-55 area and U. S. Steel in the 67-69 area. These issues could be bought for a trading turn. January 15, 1947 EDMUND VI. TABELL SHIELDS & COMPANY Closing Dow-Jones Industrials DOIV-Jones Rails Dow-Jones 65-Stock 172.49 47.77 62.25 The opinions e.prelled in this I.tt.r are the personal interpretation of charh by t.Ar. Edmund W. Tebell and are not presented as the op1nion,' of Shi.lcb I Company.