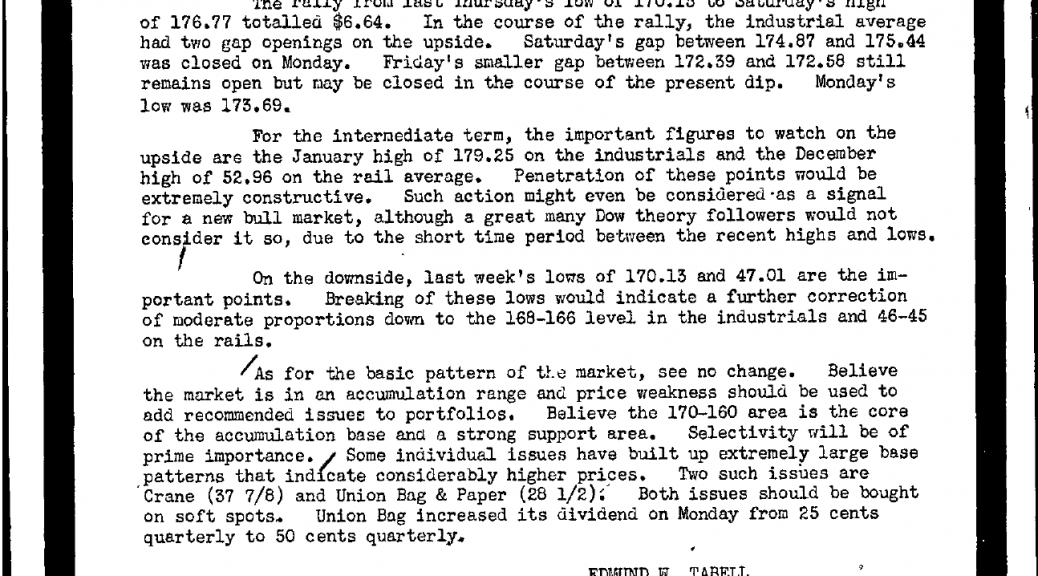 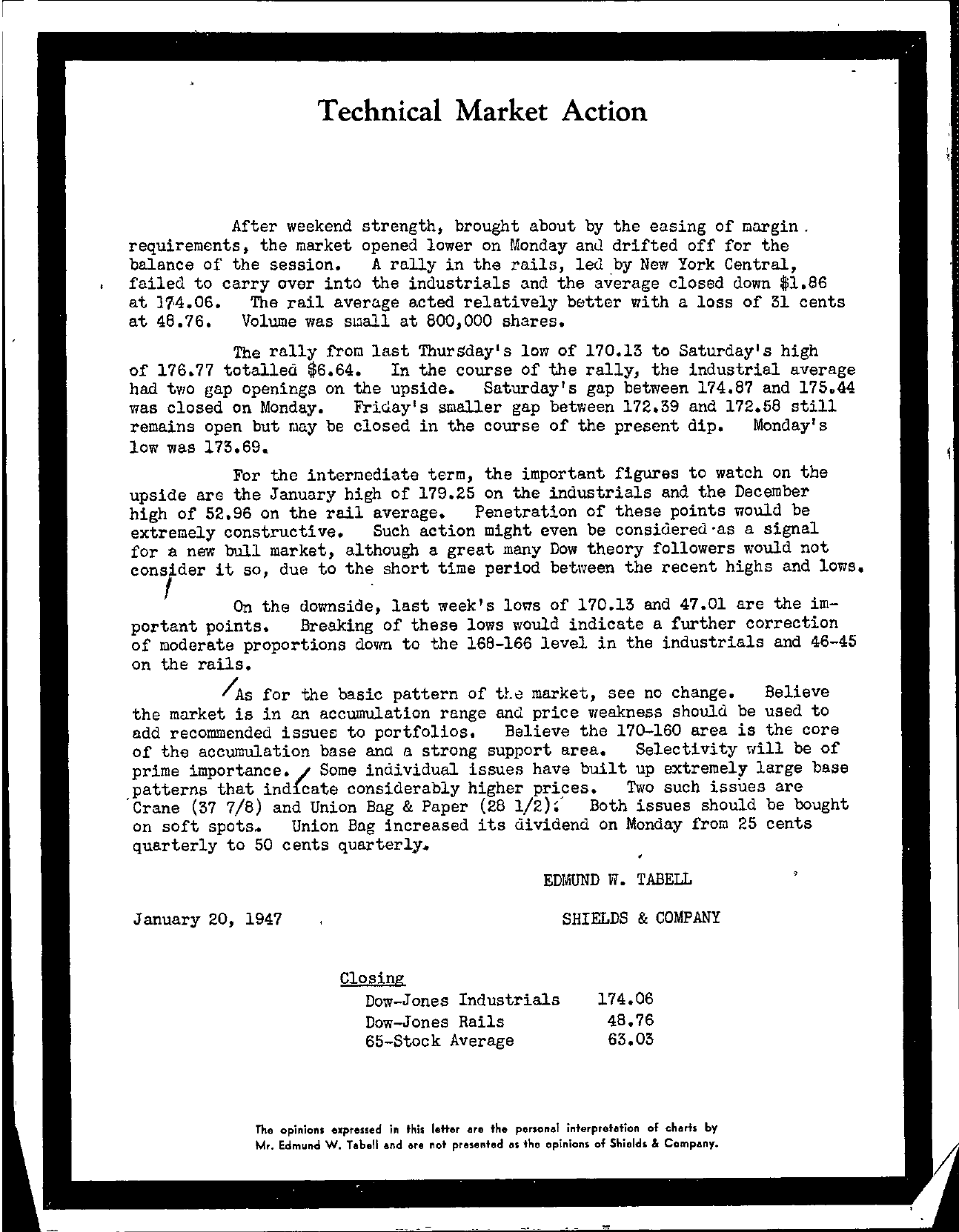 Technical Market Action After weekend strength, brought about by the easing of margin. requirements, the market opened lower on Monday anu drifted off for the balance of the session. A rally in the rails, leu by NeVI York Central, faileu to carryover into the industrials and the average closed down 1.86 at 704.06. The rail average acted relatively better with a loss of 51 cents at 48.76. Volume was slall at 800,000 shares. The rally from last Thursday's low of 170.15 to Saturday's high of 176.77 totalled 6.64. In the course of the rally, the industrial average had two gap openings on the upside. Saturday's gap between 174.87 and 175.44 was closed on Monday. Friday's smaller gap between 172.59 and 172.58 still remains open but may be closed in the course of the present dip. Monday's low was 175.69. For the intermediate term, the important figures to watch on the upside are the January high of 179.25 on the industrials and the December high of 52.96 on the rail average. Penetration of these points would be extremely constructive. Such action might even be considered-as a signal for a new bull market, although a great many Dow theory followers would not conSIder it so, due to the short time period between the recent highs and lows. On the downside, last week's lows of 170.15 and 47.01 are the important points. Breaking of these lows would indicate a further correction of moderate proportions dovU to the 168-166 level in the industrials and 46-45 on the raUs. /As for the basic pattern of tho market, see no change. Believe the market is in an accumulation range and price weakness should be used to add recommended issues to portfolios. Believe the 170-160 area is the core of the accumulation base and a strong support area. Selectivity will be of prime importance. / Some individual issues have built up extremel! large base patterns that indicate considerably higher prices. vo such issues are 'Crane (57 7/8) and Union Bag & Paper (28 1/2);' Both issues should be bought on soft spots. Union Bag increased its dividend on Monday from 25 cents quarterly to 50 cents quarterly. EDMUND il. TABELL January 20, 1947 SHIELDS & COMPANY Closing Dow-Jones Industrials Dow-Jones Rails 65-Stock Average 174.06 48.76 65.05 The opinions expressed in this letter are the perJOftai interprettion of charts by Mr. Edmund W. Tabell and re not presented os the opinions of Shields & Company.