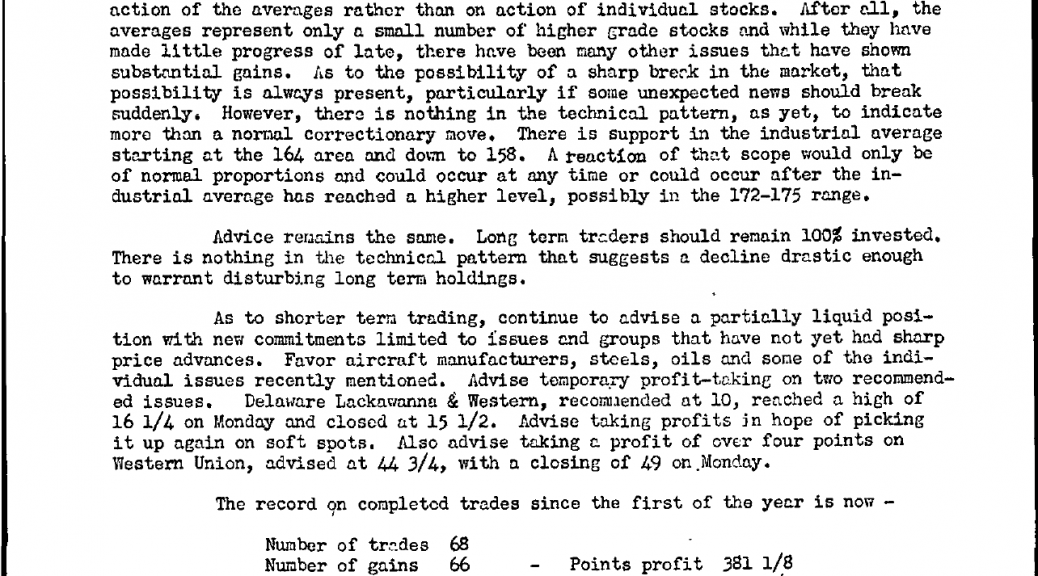 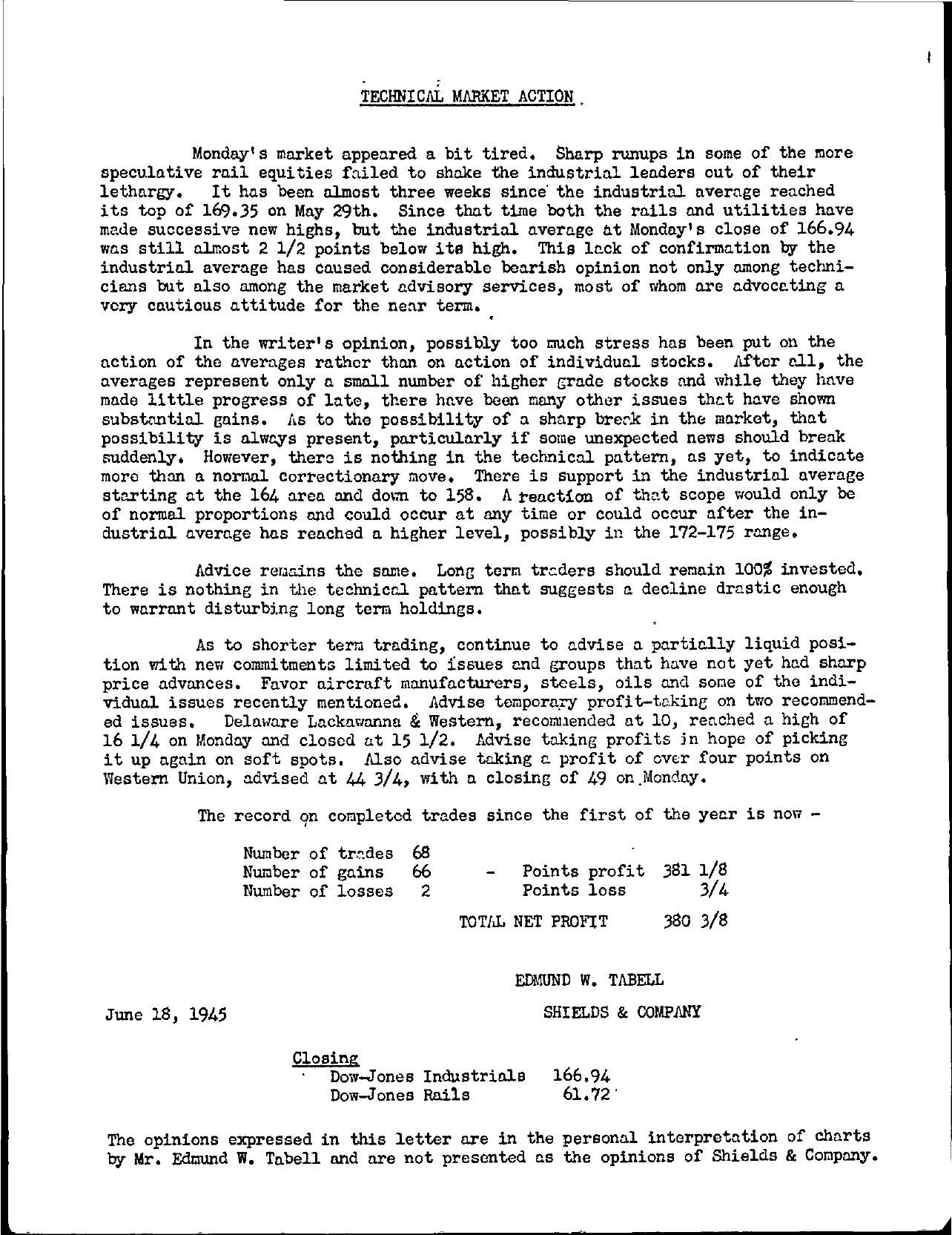 TECHNICAL MARKET ACTION Monday's market a bit tired. Sharp runups in some of the more speculative rail equities failed to shake the industrial leaders out of their lethargy. It has been almost three weeks since' the industrial average reached its top of 169.35 on May 29th. Since that time both the rails and utilities made successive new highs, but the average at Monday's close of 166.94 was still almost 2 1/2 points below its high. This lack of confirmation by the industrial average has caused considerable bearish opinion not only among technicians but also among the market advisory services, most of whom are advocating a very cautious attitude for the near term. In the writer's opinion, possibly too stress has been put on the action of the averages rather than on action of individual stocks. After the averages represent only a small number of higher grade stocks and while they have made little progress of late, there have been many other issues that have shown substantial gains. As to the possibility of a sharp break in the. market, that possibility is always present, particularly if some unexpected news should break suddenly. However, there is nothing in the technical pattern, as yet, to indicate more than a normal correctionary move. There is support in the industrial average starting at the 164 area and down to 158. A reaction of that scope would only be of normal proportions and could occur at any time or could occur after the industrial average has reached a higher level, possibly in the 172-175 range. Advice remains the same. Long term traders should remain 100 invested. There is nothing in tile technical pattern that suggests a decline drastic enough to warrant disturbing long term holdings. As to shorter term trading, continue to advise a partially liquid position with new commitments limited to issues and groups that have not yet had sharp price advances. Favor aircraft manufacturers, steels, oils and some of the individual issues recently mentioned. Advise temporary profit-taking on two recommended issues. Delaware Lackawanna & Western, recommended at 10, reached a high of 16 1/4 on Monday and closed at 15 1/2. Advise taking profits in hope of picking it up again on soft spots. Also advise taking a profit of on four points on Western Union, advised at 44 3/4, with a closing of 49 on Monday. The record on completed trades since the first of the year is now – Number of trades 68 Number of gains 66 Number of losses 2 Points profit 381 1/8 Points loss 3/4 June 18, 1945 EDMUND W. TABELL SHIELDS & COMPANY Closing Dow-Jones Industrials 166.94 Dow-Jones Rails 61.72' The opinions expressed in this letter are in the personal interpretation of charts by Mr. W. Tabell and are not presented as the opinions of Shields & Company.