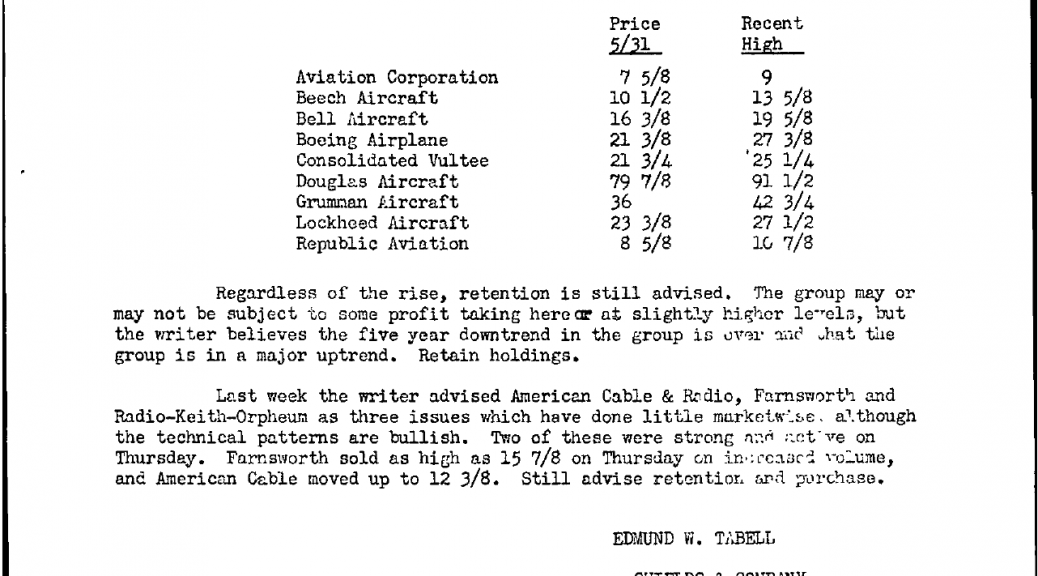 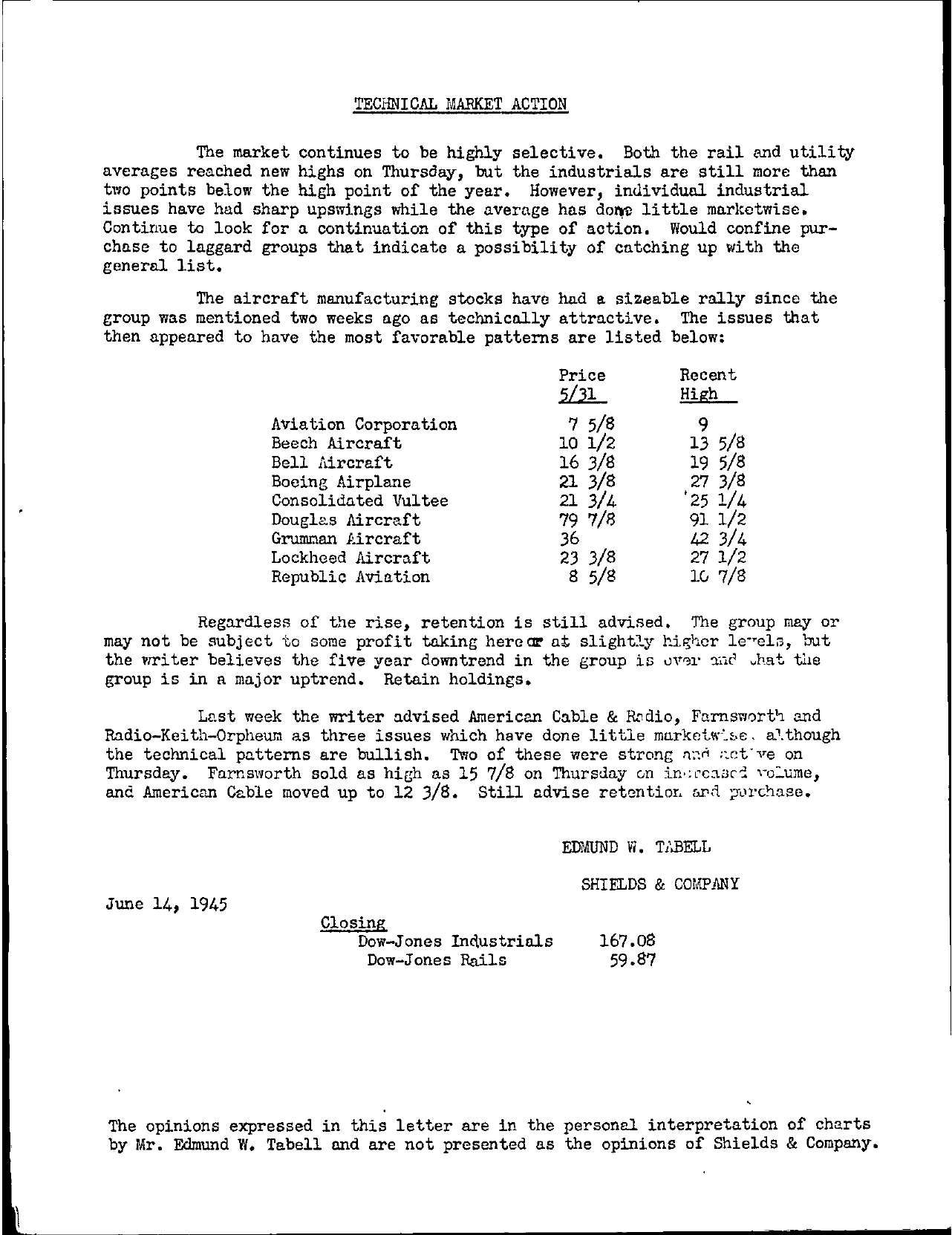 TECHNICAL MARKET ACTION The market continues to be highly selective. Both the rail and utility averages reached new highs on Thursday, but the industrials are still more than two points below the high point of the year. However, individual industrial issues have had sharp upswings while the average has done little marketwise. Continue to look for a continuation of this type of action. Would confine purchase to laggard groups that indicate a possibility of catching up with the general list. The aircraft manufacturing stocks have had a sizeable rally since the group was mentioned two weeks ago as technically attractive. The issues that then appeared to have the most favorable patterns are listed below Aviation Corporation Beech Aircraft Bell Aircraft Boeing Airplane Consolidated Vultee Douglas Aircraft Regardless of the rise, retention is still advised. The group may or may not be subject to some profit taking here or at slightly higher levels, but the writer believes the five year downtrend in the group is over and what the group is in a major uptrend. Retain holdings. Last week the writer advised American Cable & Radio, and Radio-Keith-Orpheum as three issues which have done little although the technical patterns are bullish. Two of these were strong and active on Thursday. Farnsworth sold as high as 15 7/8 on Thursday on in creased volume, and American Cable moved up to 12 3/8. Still advise retention and purchase. EDMUND W TABELL SHIELDS & COMPANY June 14, 1945 Closing Dow-Jones Dow-Jones Rails The opinions expressed in this letter are in the personal interpretation of charts by Mr. Edmund W. Tabell and are not presented as the opinions of Shields & Company.