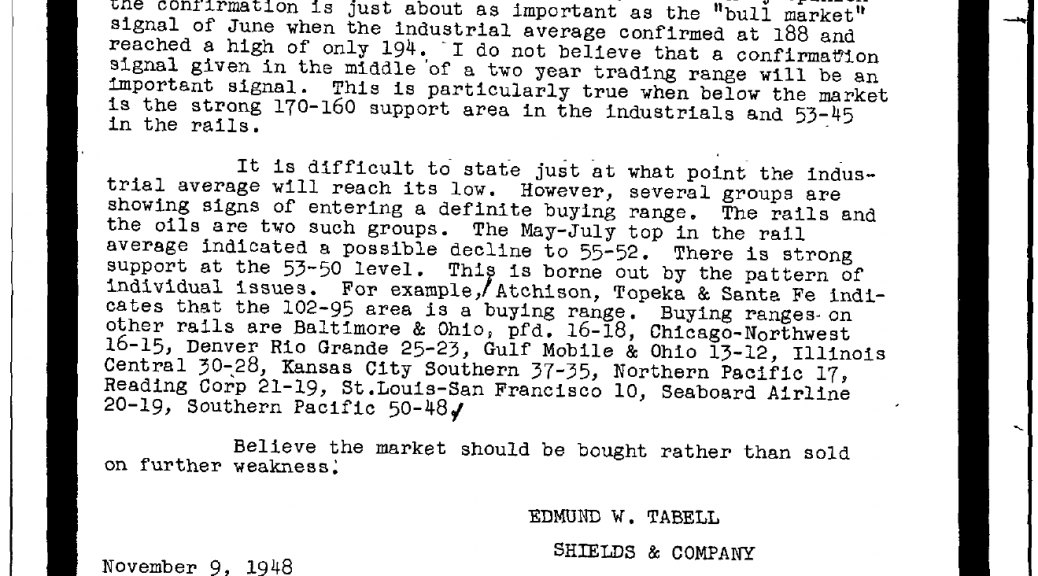 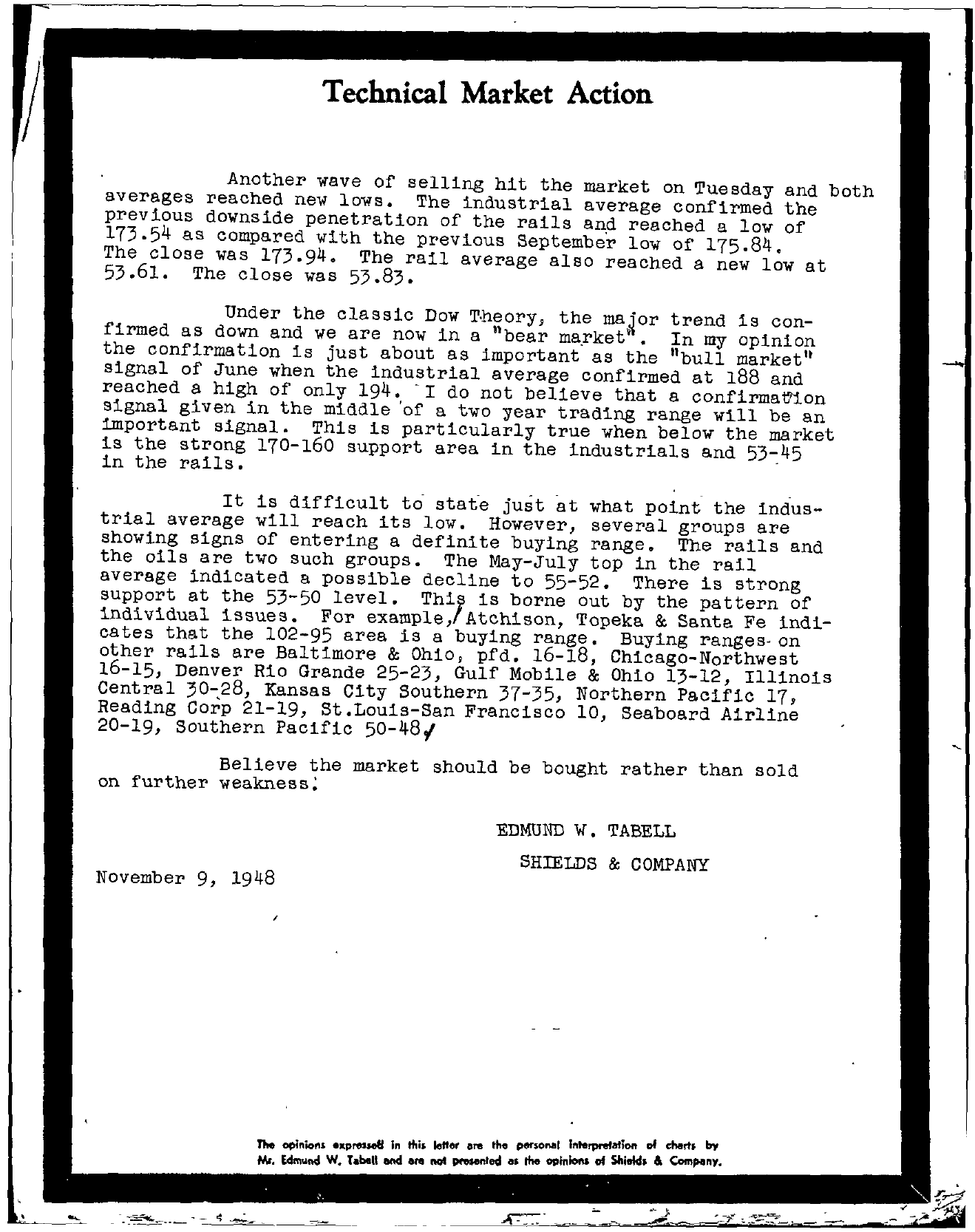 Technical Market Action Another wave of selling hit the market on Tuesday and both averages reached new lows. The industrial average confirmed the previous downside penetration of the rails and reached a low of 173.54 as compared with the previous September low of 175.84. The close was 173.94. The rail average also reached a new low at 53.61. The close was 53.83. Under the classic Dow Theory, the maor trend is con- firmed as down and we are now in a bear ma.rket'. In my opinion the confirmation is just about as important as the bull market signal of June when the industrial average confirmed at 188 and reached a high of only 194. -I do not believe that a confirmaon signal given in the middle 'of a two year trading range will be an important signal. This is particularly true when below the market is the strong 170-160 support area in the industrials and 53-45 in the rails. . It is difficult to state just at what point the industrial average will reach its low. However, several groups are showing signs of entering a definite buying range. The rails and the oils are two such groups. The May-July top in the rail average indicated a possible decline to 55-52. There is strong support at the 53-50 level. Thil is borne out by the pattern of individual issues. For example, Atchison, Topeka & Santa Fe indi- cates that the 102-95 area is a buying range. Buying ranges-on other rails are Baltimore & OhiO, pfd. 16-18, Chicago-Northwest 16-15, Denver Rio Grande 25-23, Gulf Mobile & Ohio 13-12, Illinois Central 30-28, Kansas City Southern 37-35, Northern Pacific 17, Reading Corp 21-19, St.Louis-San Francisco 10, Seaboard Airline 20-19, Southern Pacific 50-48 Believe the market should be bought rather than sold on further weakness; November 9, 1948 , EDMUND W. TABELL SHIELDS & COMPANY The opinio, …presse8 In this leffer are the PfH'sonal Interpretation of cherts by No. W..-…! W. labell end ore no! '001 …… opinIoN 01 Shl.lels Company.