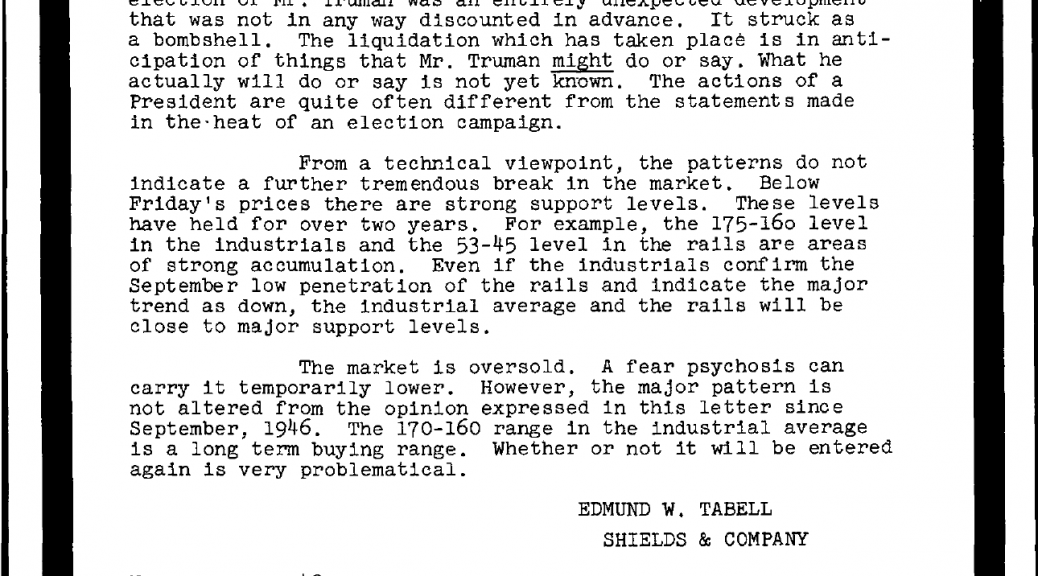 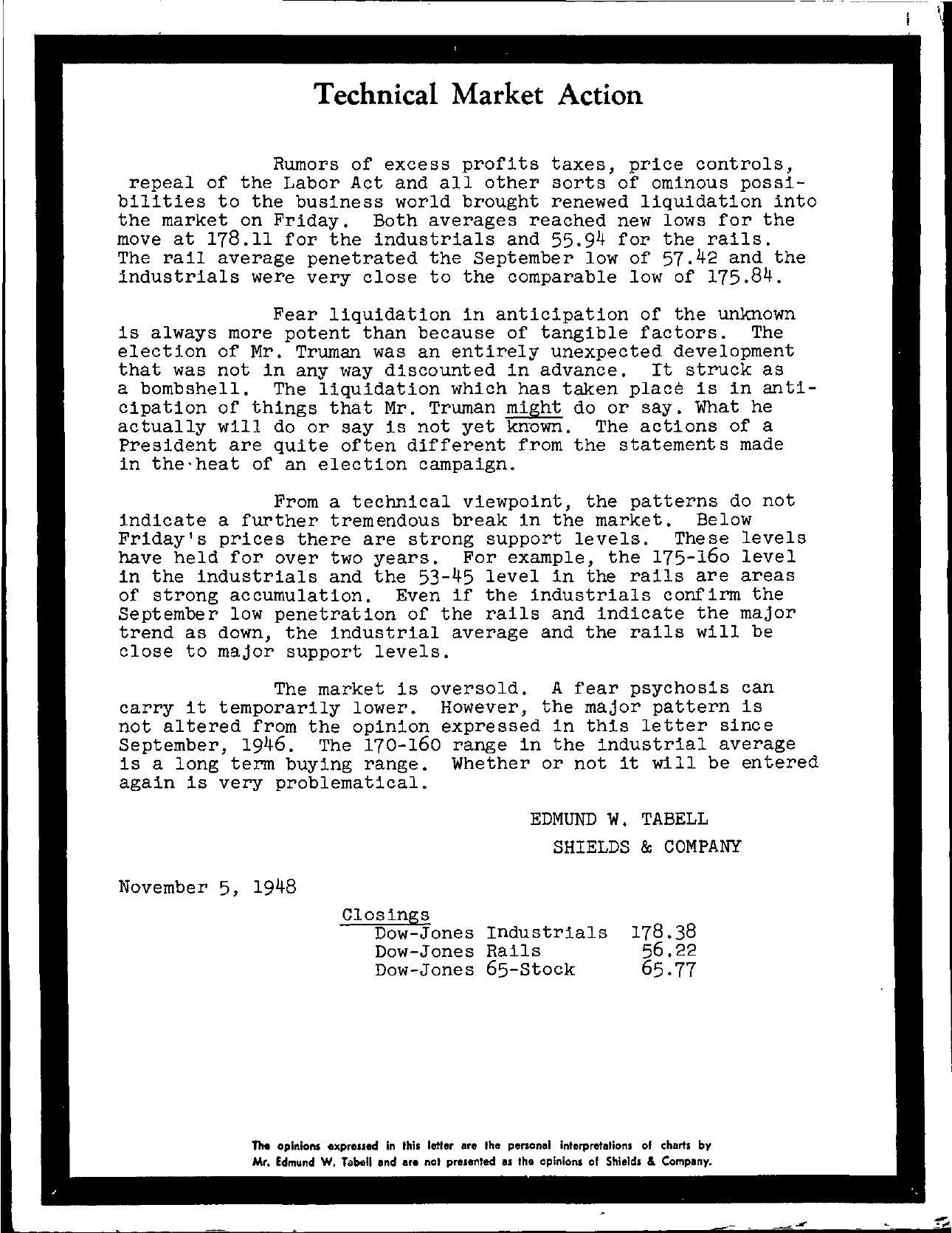 Technical Market Action Rumors of excess profits taxes, price controls, repeal of the Labor Act and all other sorts of ominous possibilities to the business world brought renewed liquidation into the market on Friday. Both averages reached new lows for the move at 178.11 for the industrials and 55.94 for the rails. The rail average penetrated the September low of 57.42 and the industrials were very close to the comparable low of 175.84. Fear liquidation in anticipation of the unknown is always more potent than because of tangible factors. The election of Mr. Truman was an entirely unexpected development that was not in any way discounted in advance. It struck as a bombshell. The liquidation which has taken place is in anticipation of things that Mr. Truman might do or say. What he actually will do or say is not yet known. The actions of a President are quite often different from the statements made in the-heat of an election campaign. From a technical viewpoint, the patterns do not indicate a further tremendous break in the market. Below Friday's prices there are strong support levels. These levels have held for over two years. For example, the 175-160 level in the industrials and the 53-45 level in the rails are areas of strong accumulation. Even if the industrials confirm the September low penetration of the rails and indicate the major trend as down, the industrial average and the rails will be close to major support levels. The market is oversold. A fear psychosis can carry it temporarily lower. However, the major pattern is not altered from the opinion expressed in this letter since September, 1946. The 170-160 range in the industrial average is a long term buying range. Whether or not it will be entered again is very problematical. EDMUND W. TABELL SHIELDS & COMPANY November 5, 1948 Closings Dow-Jones Industrials 178.38 Dow-Jones Rails 56.22 Dow-Jones 65-Stock 65.77 I \ The opinions expressed In this letter are the personal interpretations of charts by Mr. Edmund W. Tabel! end are not presented as the opinions of Shields & Company.