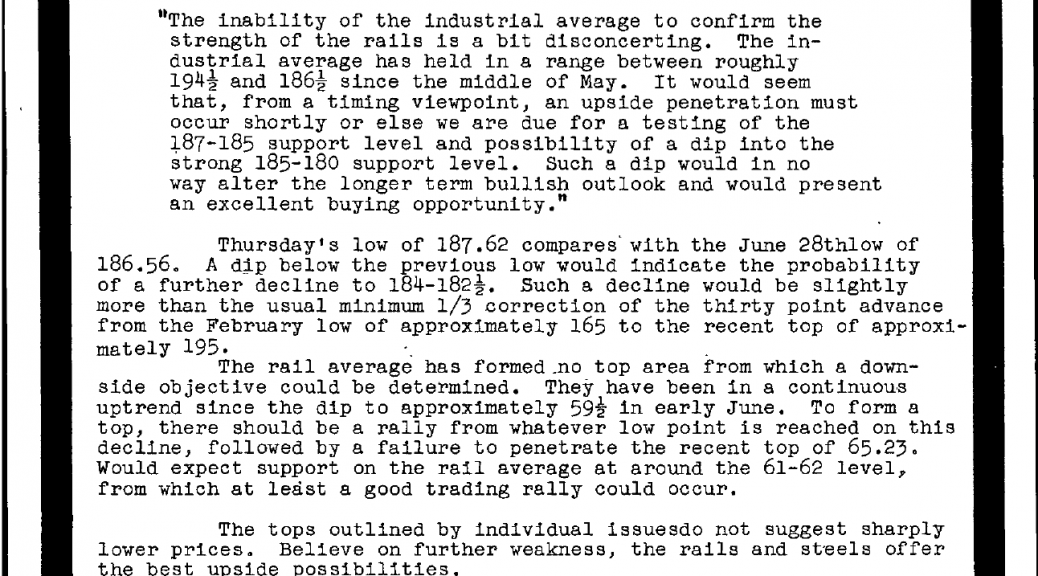 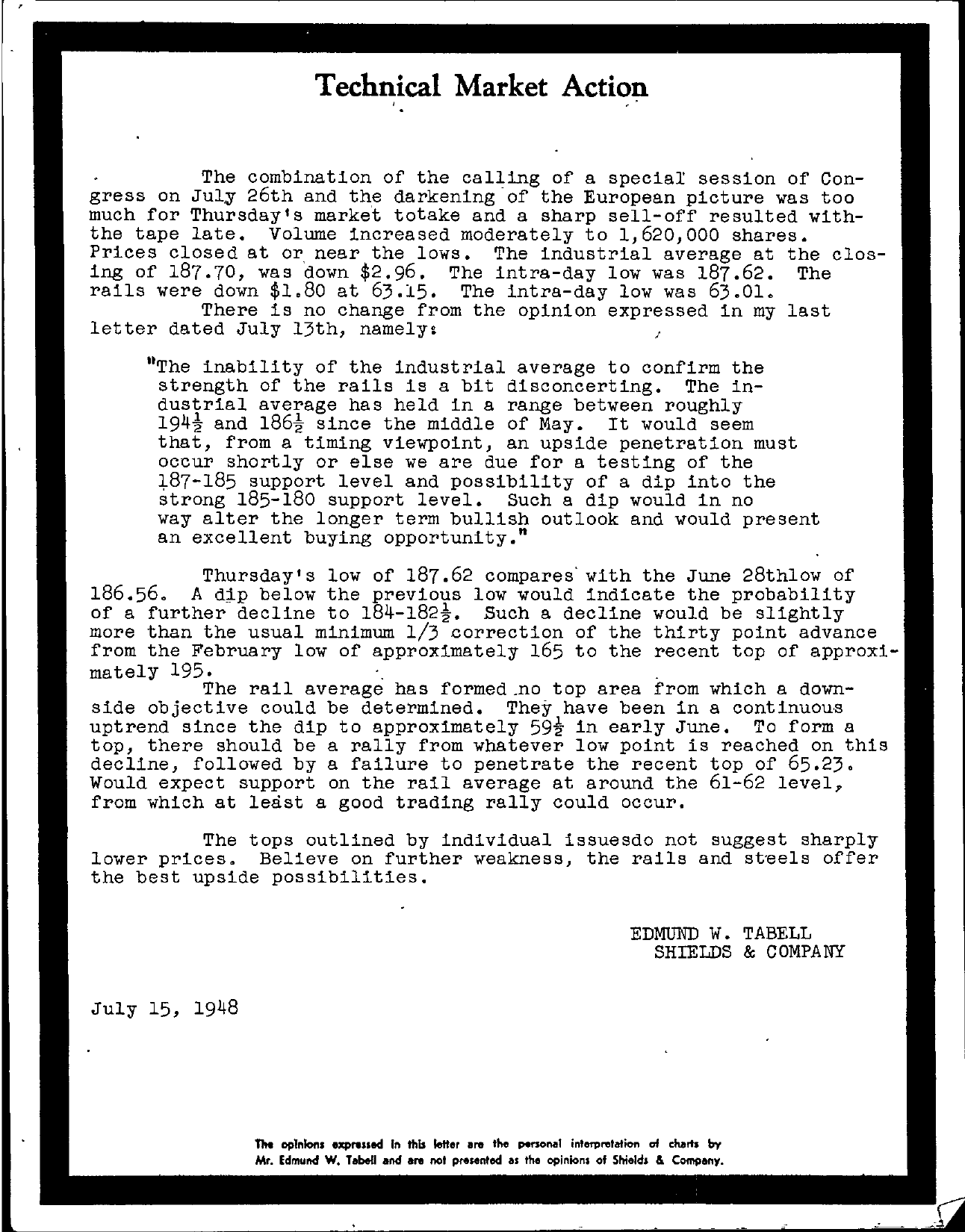 Techn,ical Market Action The combination of the calling of a special session of Con- gress on July 26th and the darkening 'of the European picture was too much for Thursday's market totake and a sharp sell-off resulted with- the tape late. Volume increased moderately to 1,620,000 shares. Prices closed at or near the lows. The industrial average at the clos- ing of 187.70, was 'down 2.96. The intra-day low was 187.62. The rails were down 1.80 at 63.15. The intra-day low was 63.01. There is no change from the opinion expressed in my last letter dated July 13th, namely, J The inability of the industrial average to confirm the strength of the rails is a bit disconcerting. The industrial average has held in a range between roughly 194 and 186 since the middle of May. It would seem that, from a timing viewpOint, an upside penetration must occur shortly or else we are due for a testing of the 87-185 support level and possibility of a dip into the strong 185-180 support level. Such a dip would in no way alter the longer term bullish outlook and would present an excellent buying opportunity. Thursday's low of 187.62 compares with the June 28thlow of 186.56. A dp below the previous low would indicate the probability of a further decline to l84-l82. Such a decline would be slightly more than the usual minimum 1/3 correction of the thirty point advance from the February low of approximately 165 to the recent top of approxi- mately 1 9 5 . The rail average has formed.no top area from which a down- side objective could be determined. They have been in a continuous uptrend since the dip to approximately 59 in early June. To form a top, there should be a rally from whatever low point is reached on this decline, followed by a failure to penetrate the recent top of 65.23. Would expect support on the rail average at around the 61-62 level, from which at least a good trading rally could occur. The tops outlined by individual issuesdo not suggest sharply lower prices. Believe on further weakness, the rails and steels offer the best upside possibilities. EDMUND W. TABELL SHIELDS & COMPANY July 15, 1948 TM opTnion. expressed In this Setter are the personal inlerpl'tltation af chart. by Mr. Edmund W. labell and are not presented as the opinions of Shields & Company.