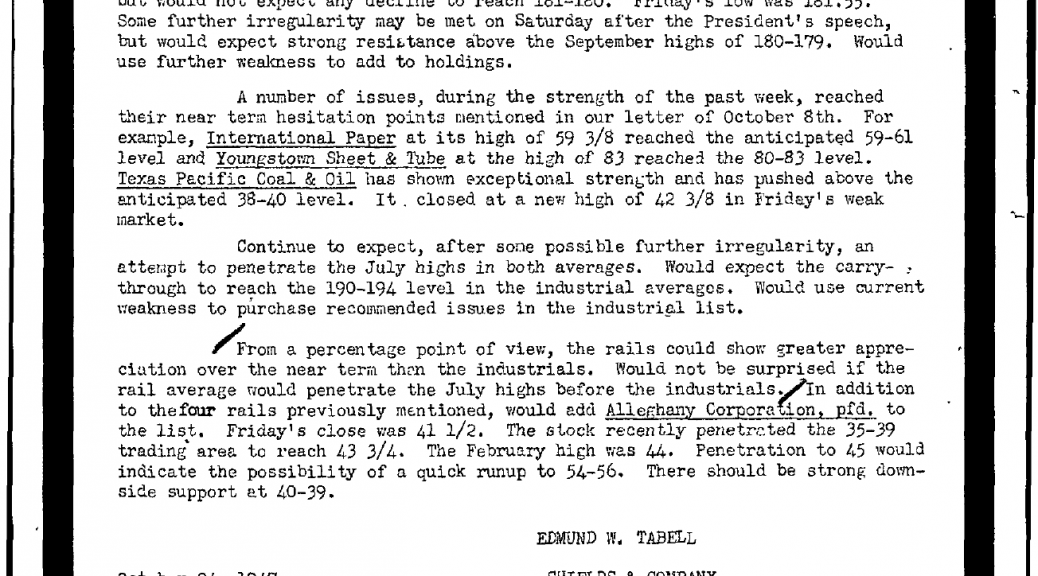 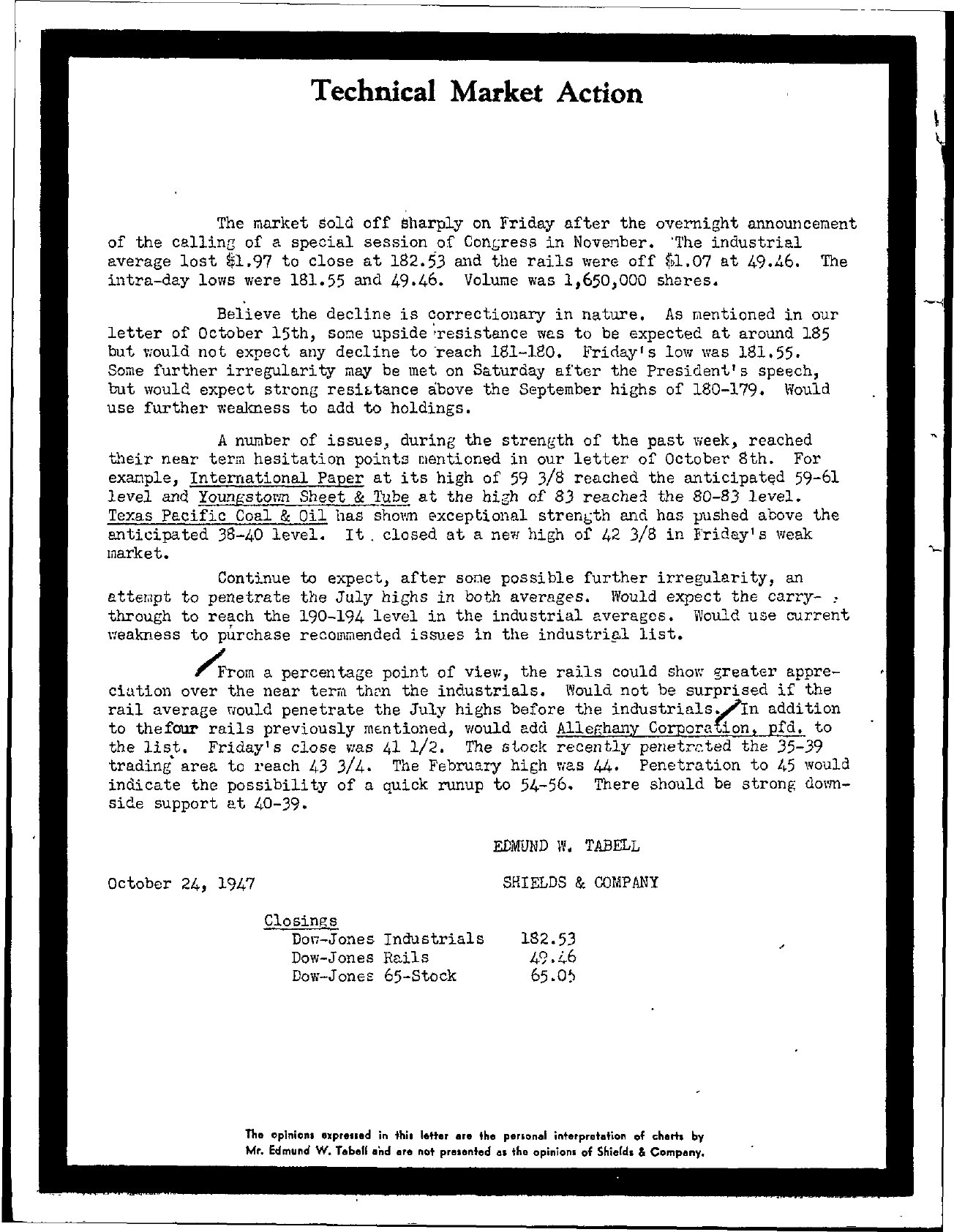 Technical Market Action The market sold off sharply on Friday after the overnight announcement of the callinG of a special session of Conbress in Novenber. 'The industrial average lost 1.97 to close at 182.53 and the rails were off ,1.07 at 49.46. The intra-day lows were 181.55 and 49.46. Volume was 1,650,000 shares. Believe the decline is correctionary in nature. As r,1entioned in our letter of October 15th, sone upside reSistance was to be expected at around 185 but viould not expect any decline to -reach 181-180. Friday's low was 181.55. Some further irregularity may be met on Saturday after the President's speech, but would expect strong resiLtance above the September highs of 180-179. Would use further wealmess to add to holdings. A number of issues, during the strength of the past week, reached tlleir near term hesitation points mentioned in our letter of October 8th. For exanple, International Paper at its high of 59 3/8 reached the anticipated 59-61 level and Youngstorm Sheet & Tube at the high of 83 reache'! the 80-83 level. Texas Pacific Coal & Oil has sh01'm exceptional strenbth and has pushed above the anticipated 38-40 level. It, closed at a neVi high of 42 3/8 in Friday's weak market. Continue to expect, after sone possible further irregularity, an atter,lpt to penetrate the July highs in both averages. Would expect the carrythrough to reach the 190-194 level in the industrial averages. Would use current \'eakness to purchase recomraended issues in the industrig,l list. /From a percen tage point of view, the rails could show !5reater appreciution over the near term thn the industrials. Would not be surprised if the rail average would penetrate the July highs before the industrialSIn addition to thefour rails previously mntioned, Vlould add Alleghany Corpora ion, pfd. to the list. Friday's close Vias 41 1/2. The stock recently penetnted the 35-39 trading' area to reach 43 3/4. The February hibh was 44. Penetration to /,5 would indicate the possibility of a quick runup to 54-56. There should be strong downside support at 40-39. EDMUND W. TABELL October 24, 1947 SHIELDS & COMPANY Closings Don-Jones Industrials Dow-Jones Rails Dow-Jones 65-Stock 182.53 49.46 65.0; no opinions Gxproned in this letter are the penon.1 interpretation of cham by Mr. Edmund W. rebell and are not prosented as the opinions of Shield, & Company.