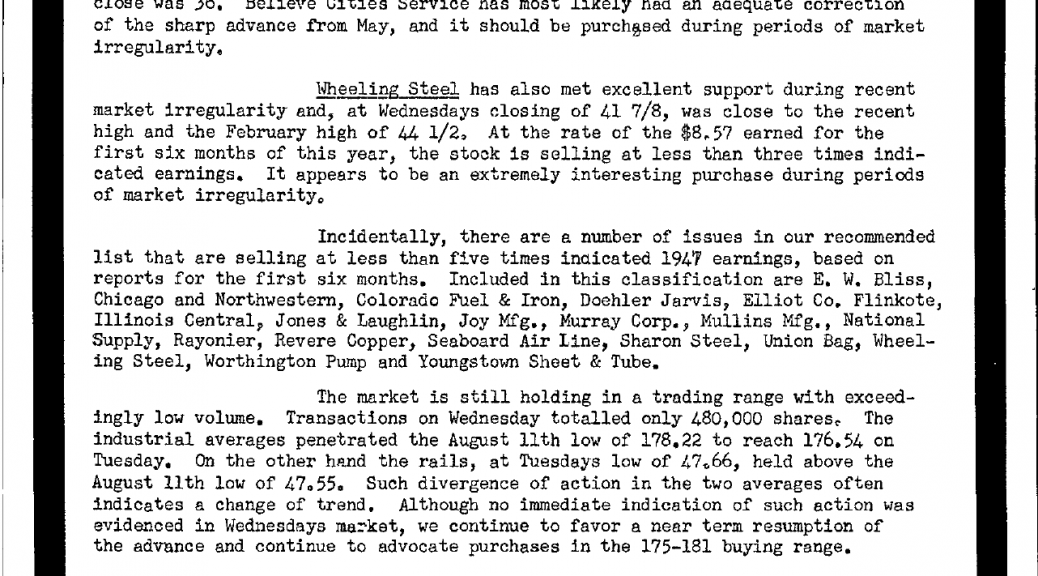 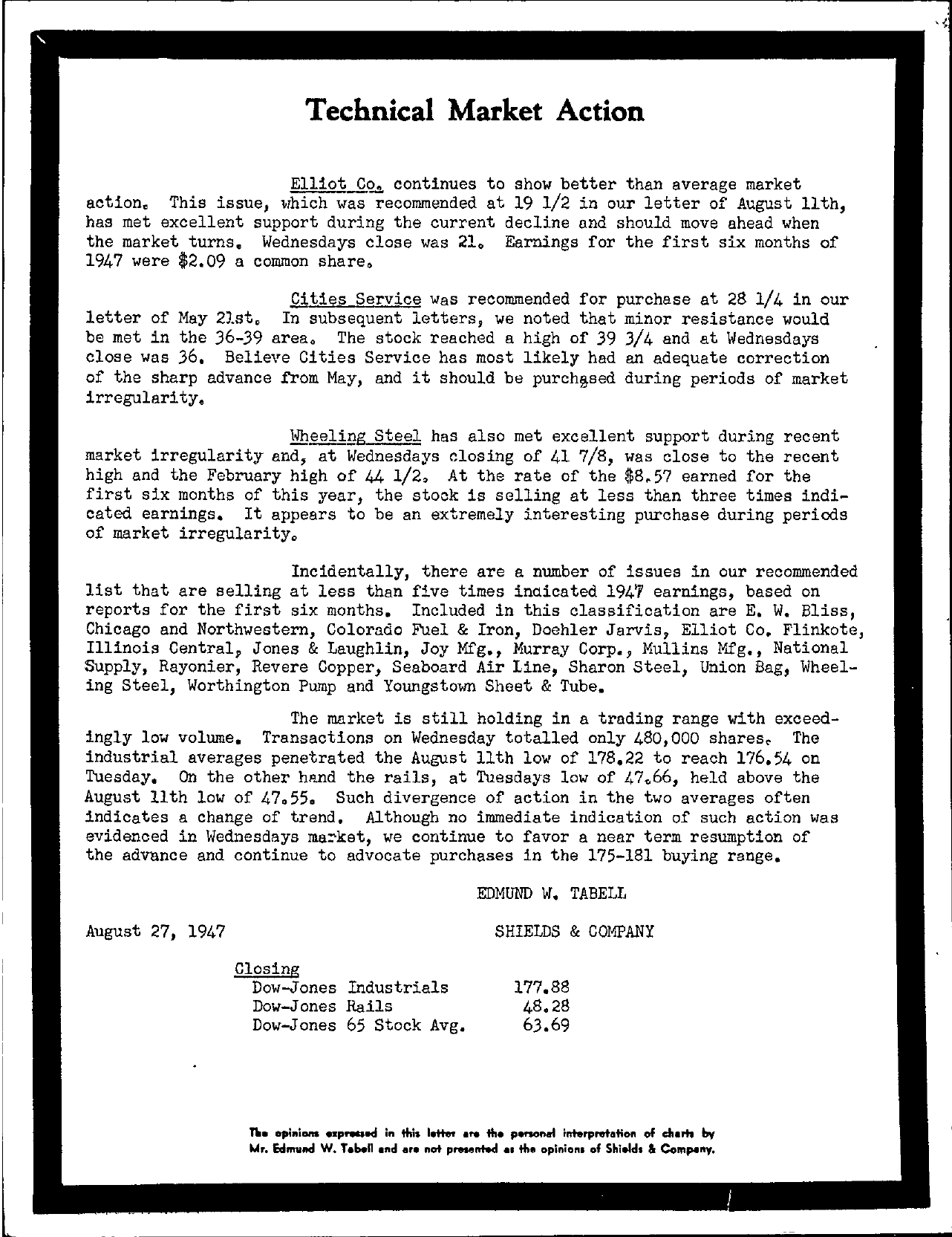 Technical Market Action Elliot Co. continues to show better than average market action, This issue, which was recommended at 19 1/2 in our letter of August 11th, has met excellent support during the current decline and should move ahead when the market turns, Wednesdays close was 21. Earnings for the first six months of 1947 were 2.09 a common share. Cities Service Was recommended for purchase at 28 1/4 in our letter of May 21st. In subsequent letters, e noted that minor resistance ould be met in the 36-39 area. The stock reached a high of 39 3/4 and at Wednesdays close as 36. Believe Cities Service has most likely had an adequate correction of the sharp advance from May, and it should be purch8ed during periods of market irregularity. l'heeligg Steel has also met excellent support during recent market irregularity and, at Wednesdays closing of 41 7/8, as close to the recent high and the February high of 44 1/2, At the rate of the 8.57 earned for the first six months of this year, the stock is selling at less than three times indicated earnings. It appears to be an extremely interesting purchase during periods of market irregularity. Incidentally, there are a number of issues in our recommended list that are selling at less than five times inaicated 194'; earnings, based on reports for the first six months. Included in this classification are E. W. Bliss, Chicago and Northestern, Colorado Fuel & Iron, Doehler Jarvis, Elliot Co. Flinkote, Illinois Central, Jones & Laughlin, Joy Mfg., Murray Corp., Mullins Mfg., National Supply, Rayonier, Revere Copper, Seaboard Air Line, Sharon Steel, Union Bag, Wheeling Steel, Worthington Pump and Youngstown Sheet & Tube. The market is still holding in a trading range ith exceedingly 10 volume. Transactions on Wednesday totalled only 480,000 shares. The industrial averages penetrated the August 11th 10 of 178.22 to reach 176.54 on Tuesday. On the other hpd the rails, at Tuesdays low of 47.66, held above the August 11th 10 of 47.55. Such divergence of action in the to averages often indicates a change of trend. Although no immediate indication of such action as evidenced in Wednesdays msket, we continue to favor a near term resumption of the advance and continue to advocate purchases in the 175-181 buying range. EDMUND W. TABELL August 27, 1947 SHIELDS & COMPANY Closing Do,,-Jones Industrials Dow-Jones Rails Dow-Jones 65 Stock Avg. 177.88 48.28 63.69 n.. opb.ions .,….ed in this letter ..,. the person interpretation of cham by a.,. Edmund w. r.bell and .r. not presented the opinion, of Shi.td Company.