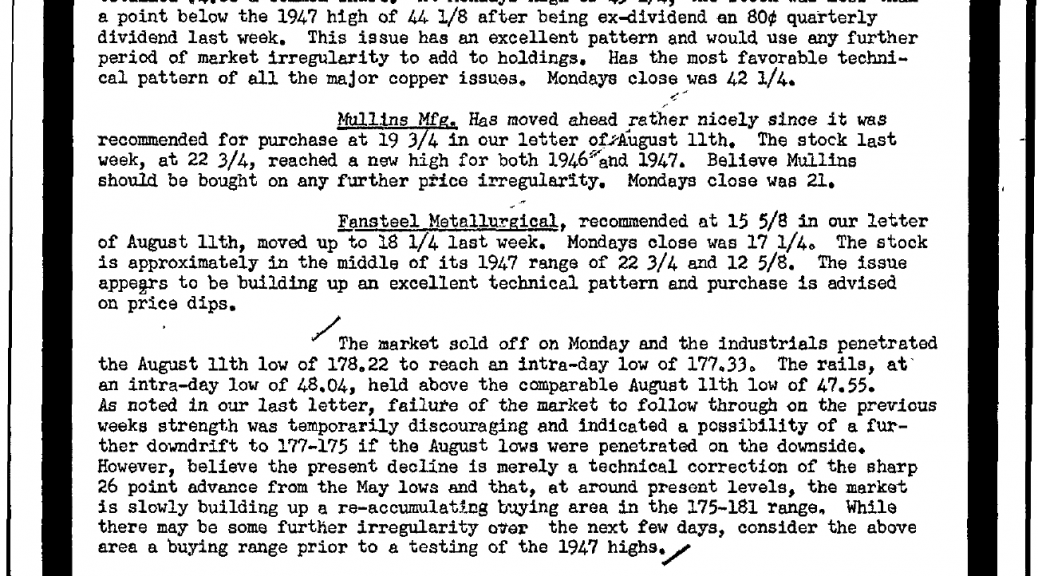 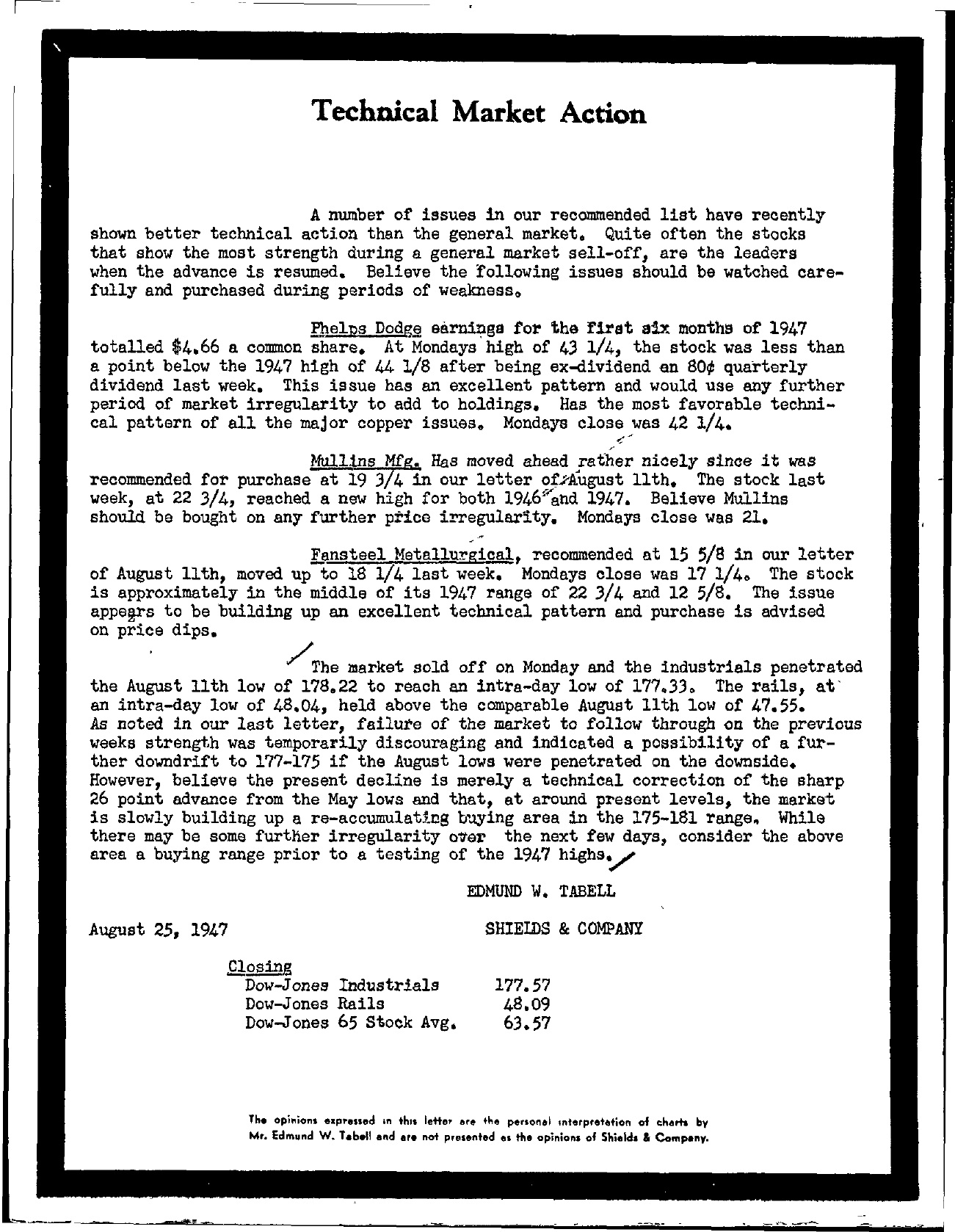 Technical Market Action A number of issues in our recommended list have recently shown better technical action than the general market. Quite often the stocks that show the most strength during a general market sell-off, are the leaders when the advance is resumed. Believe the following issues should be watched carefully and purchased during periods of weakness. Phelps Dodg earnings for the first six months of 1947 totalled 4.66 a common share. At Mondays high of 43 1/4, the stock was less than a.,a point below the 1947 high of 44 liS after being ex-dividend an SO quarterly dividend last week. This issue has excellent pattern and would use any further period of market irregularity to add to holdings, Has the most favorable technical pattern of all the major copper issues. Mondays close was 42 1/4 .,;' MUllins Mfg. Has moved ahead rather nicely since it was recommended week, at 22 for purchase 3/4, reached at 19 a new 3hi/g4hinfoor ubrolteht1te94r6vofandAug1u9s4t7. 11th. The stock last Believe Mullins should be bought on any further price irregularity, Mondays close was 21. nsteel Metallurgical, recommended at 15 S/S in our letter of August 11th, moved up to lS 1/4 last week. Mondays close was 17 1/4. The stock is approximately in the middle of its 1947 range of 22 3/4 and 12 5/S. The issue appes to be building up an excellent technical pattern end purchase is advised on price dips. The market sold off on Monday end the industrials penetrated the August 11th low of l7S.22 to reach an intra-day low of 177.33. The rails, at' an intra-day low of 4S.04, held above the comparable August 11th low of 47.55. As noted in our last letter, failure of the market to follow through on the previous weeks strength was temporarily discouraging and indicated a possibility of a further downdrift to 177-175 if the August lows were penetrated on the downside. However, believe the present decline is merely a technical correction of the sharp 26 point advance from the May lows and that, at around present levels, the market is slOWly building up a re-accumulatiog bing area in the l75-1S1 range. While there may be some further irregularity over the next few days, consider the above area a buying range prior to a testing of the 1947 highS EDMUND W. TABELL August 2.5, 1947 SHIELDS &COMPANY .Q!osing Dow-Jones Industrials Dow-Jones Rails Dow-Jones 65 Stock Avg. 177.57 48.09 63.57 Th. opiiOftS 8Ip…ssed In thiS lette, fir., the perso,,1 Interpretation of cham by Mr. Edmund W. T.b.1I end ar. not presented as the opinions of Shitlld. & Company. 7,– -!