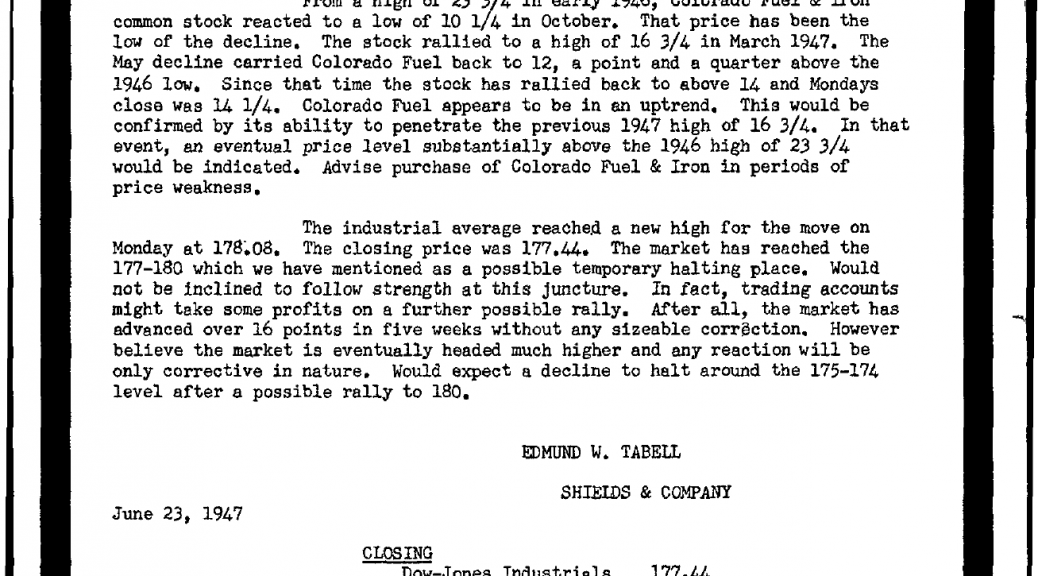 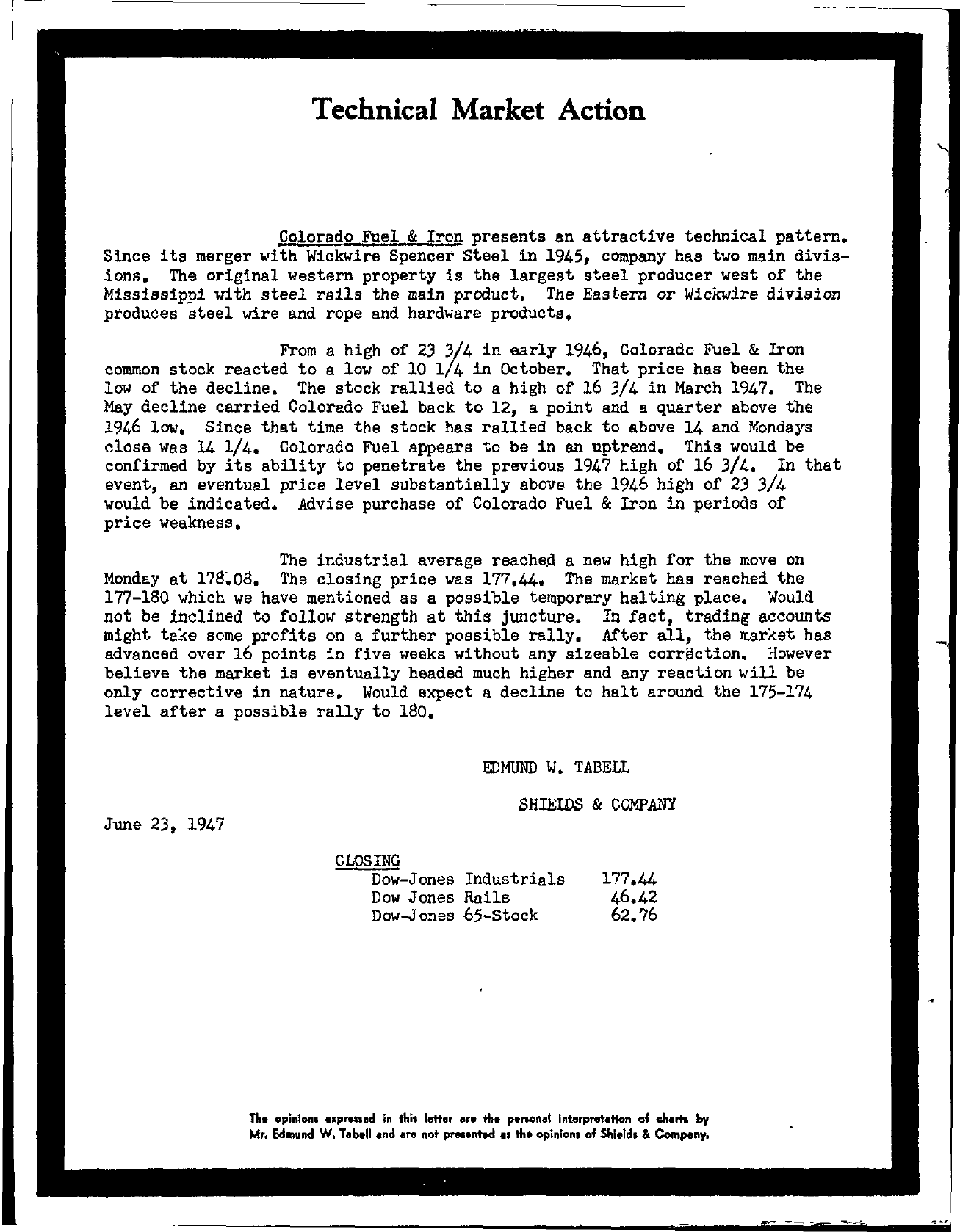 Technical Market Action Colorado Fuel & Iron presents an attractive technical pattern. Since its merger with Wickwire Spencer Steel in 1945, company has two main divisions. The original western property is the largest steel producer west of the Mississippi with steel rails the main product. The Eastern or Wickwire division produces steel wire and rope and hardware products. From a high of 23 3/4 in early 1946, Colorado Fuel & Iron common stock reacted to a low of 10 1/4 in October. That price has been the law of the decline. The stock rallied to a high of 16 3/4 in March 1947. The May decline carried Colorado Fuel back to 12, a point and a quarter above the 1946 law. Since that time the stock has rallied back to above 14 and Mondays close was 14 1/4. Colorado Fuel appears to be in an Uptrend. This would be confirmed by its ability to penetrate the previous 1947 high of 16 3/4. In that event, an eventual price level substantially above the 1946 high of 23 3/4 would be indicated. Advise purchase of Colorado Fuel &Iron in periods of price weakness. The industrial average reacheA a new high for the move on Monday at 17SOS. The closing price was 177.44. The market has reaChed the 177-lS0 which we have mentioned as a possible temporary halting place. Would not be inclined to follow strength at this juncture. In fact, trading accounts might take some profits on a further possible rally. After all, the market has advanced over 16 points in five weeks without any sizeable corrction. However believe the market is eventually headed much higher and any reaction will be only corrective in nature. Would expect a decline to halt around the 175-174 level after a possible rally to ISO. June 23, 1947 EDMUND W. TABELL SHIEWS & COMPANY CLOSING Dow-Jones Industrials Dow Jones Rails Daw-Jones 65-Stock 177.44 46.42 62.76 Th. opinions .,pre.ad in thi. letter a,. the penon,,' interpretation of cham by Mr Edmund W. Tab.1I and are not prnted fli the opinion. of Shield. Company.