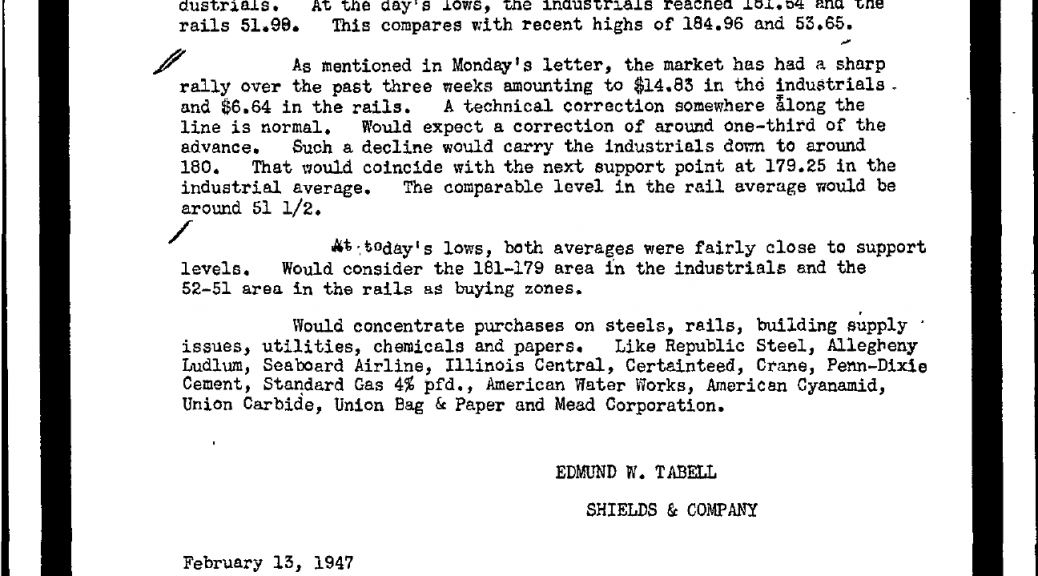 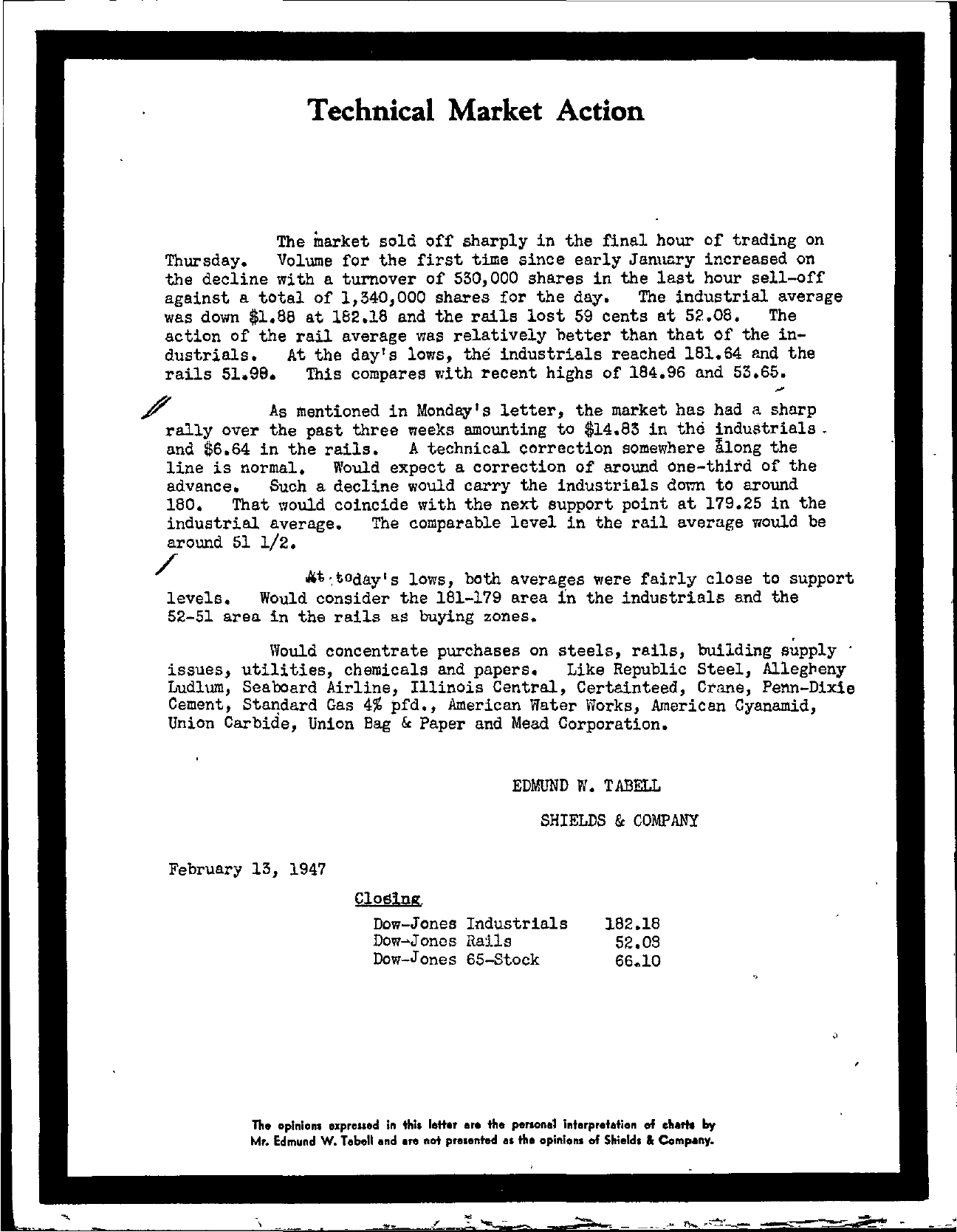 Technical Market Action The market sold off sharply in the final hour of trading on Thursday. Volume for the first time since early JanuElTY increased on the decline with a turnover of 550,000 shares in the last hour sell-off against a total of 1,540,000 shares for the day. The industrial average was down 1.88 at 182.18 and the rails lost 59 cents at 52.08. The action of the rail average was relatively better than that of the industrials. At the day's lows, the industrials reached 181.64 p.nd the rails 51.99. This compares with recent highs of 184.96 and 55.65. As mentioned in Monday's letter, the market has had a sharp rally over the past three weeks amounting to 14.85 in tho industrials and 6.64 in the rails. A technical correction somewhere ong the line is normal. Would expect a correction of around one-third of the advance. Such a decline would carry the industrials down to around 180. That would coincide with the next support point at 179.25 in the industrial average. The comparable level in the rail average would be around 51 1/2. / &t',today's lows, both averages were fairly close to support levels. Would consider the 181-179 area in the industrials and the 52-51 area in the rails as buying zones. Would concentrate purchases on steels, rails, building supply issues, utilities, chemicals and papers. Like Republic Steel, Allegeny Ludlum, Seaboard Airline, Illinois Central, Certainteed, Crane, Penn-Dixie Cement, Staqdard Gas 4 pfd., American Water Works, American Cyanamid, Union Carbide, Union Bag & Paper and Mead Corporation. EDMUND W. TABELL SHIELDS &COMPANY February 15, 1947 ClOSing Dow-Jones Industrials DowJonos Rails Dow-Jones 65-Stock 182.18 52.08 66.10 Th. opinions oxproBed in thil lett., ere the penona1 interpretation of chem by Mr. Edmund W. lebe1l end are not presented as the opinions of Shields I Com.,.ny.