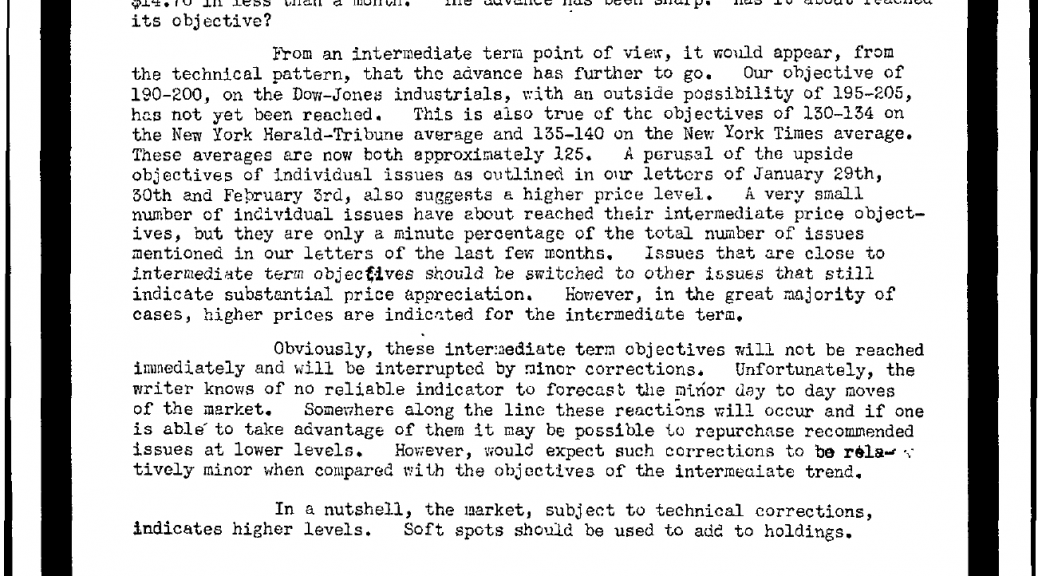 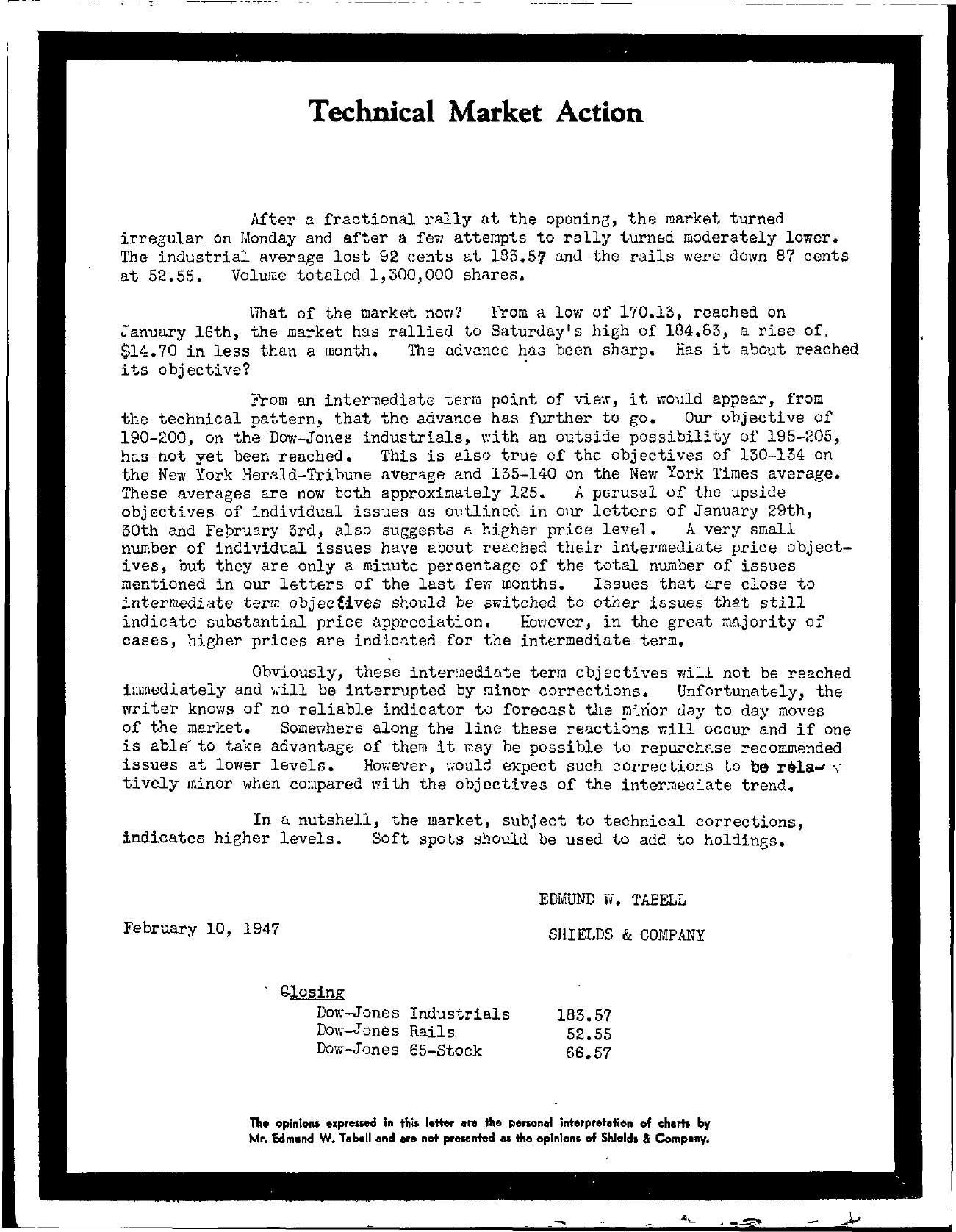 Technical Market Action After a fractional rally at the oponing, the market turned irregular On 1,londay and after a feV! attenpts to rn lly turnd moderately lower. The industrial average lost 82 cents at 183.57 and the rails were daVin 87 cents at 52.55. Volwne totaled 1,300,000 shres. \ihat of the market noVl From a low of 170.15, reached on January 16th, the market hs ralli6d to Saturday's high of 184.63, a rise of, 14.70 in less than a month. The ndvance has been sharp. Hns it about reached its objective From an intermediate term point of vi elf , it would appear, from the technical pattern, that the advance has further to go. Our objective of 190-200, on the DOVi-Jones industrials, I'ith an outside possibility of 195-205, ho.s not yet been reached. This is also true of the 0 bj ectives of 130-134 on the New York Herald-Tribune average and 155-140 on the New York Times average. These averages are noVi both approxiQately 125. A perusal of the upside objectives of individual issues as outlined in onr lettors of January 29th, 50th and Fe1ruary ord, also suggests a higher price level. A very small nwnber of individual issues have about reached their intermediate price objectives, out they are only a minute percentage of the total nlliliber of issues mentioned in our letters of the last few months. Issues that are close to intermediate term objecives should be switched to other i5sues that still indicate substantial price appreciation. Hovlever, in the great mlljority of cases, higher prices are indicted for the intermediate term. Obviously, these inter;aediate terll objectives will not be reached innnediately and Idll be interrupted by minor corrections. Unfortunately, the writer knoVis of no reliable indicator to forecast the wi.rior clay to day woves of the market. Somewhere along the line these reactions will occur and if one is able to take advantage of them it Qay be possible i.o repurchase recommended issues at lOVier levels. Hov;ever, would expect such corrections to be rel!i…. tively minor hen compared wi 1,h the objectives of the intermeaiate trend. In a nutshell, the market, subject to technical corrections, indicates higher levels. Soft spots should be used to add to holdings. February 10, 1947 EDMUND W. TABELL SHIELDS &COMPANY losing Dow-Jones Industrials Dow-Jones Rails Dow-Jones 65-Stock 185.57 52.55 66.57 .1 aTh. opinions expressed In this IMter are the personal interpretation of charts by Mr. Edmund W. Tabell and ere not presented the opinions of Shield, Comp.ny.