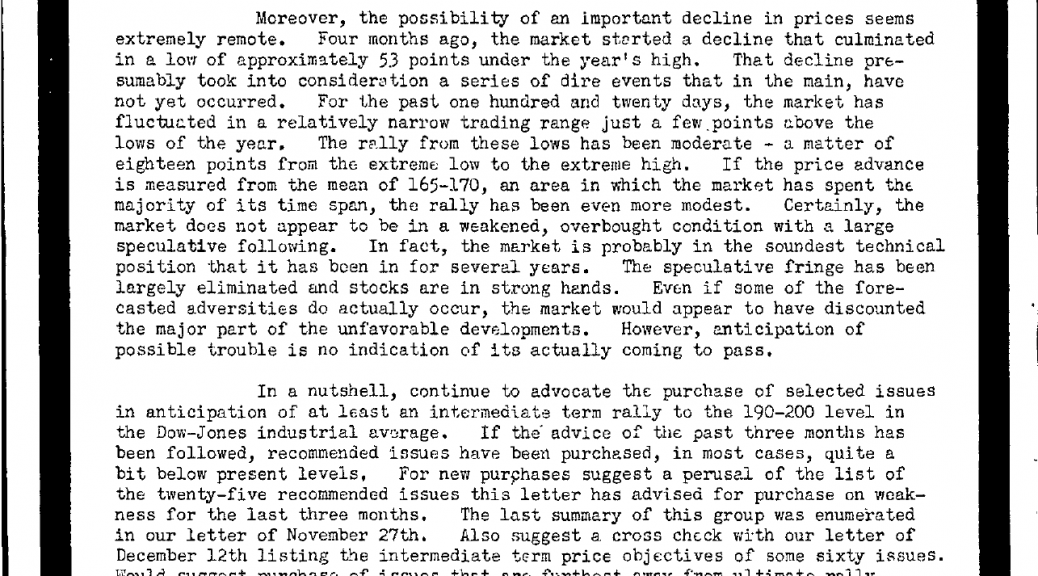 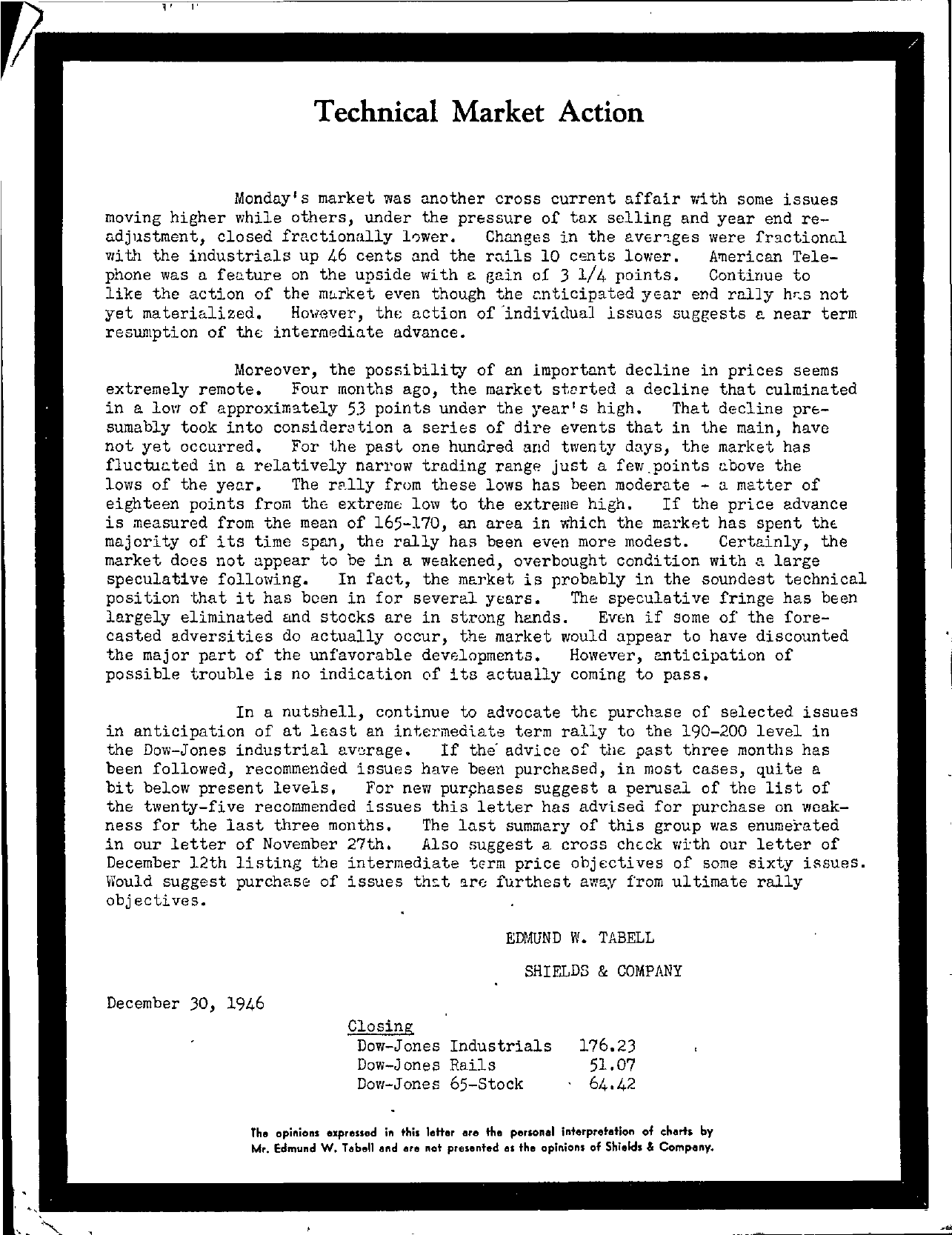 Technical Market Action Monday's market was another cross current affair Vii th some issues moving higher while others, under the pressure of tax selling and year end re- adjustment, closed fractionally 10wer. Changes in the averlges were fractional with the industrials up 46 cents and the 10 c'3nts lower. American Tele- phone was a feD-ture on the upside with a gain of 3 1/4 points. Continue to like the action of the murket even though the year end rally not yet materi;lized. HOliever, th action of 'individual issues suggests a near term resumption of thE; intermedillte advance. Moreover, the possibility of an important decline in prices seems extremely remote. Four months ago, the market stDrted a decline that culminated in a 101'1 of approxim9.tely 53 points under the year's high. That decline pre- sumably took into consider3tion a series of dire events that in the main, have not yet occurred. For the past one hundred and twenty days, the market has fluctuQted in a relatively narrow trading range just a few.points Qbove the lows of the yeur. The from these lows has been moderate – u matter of eighteen points from the extreme low to the extreme high. If the price advance is measured from the mean of 165-170, an area in which the market has spent the majority of its time span, the rally has been even more modest. Certainly, the market does not appear to be in a weakened, overbought condition with a large speculative follovnng. In fact, the market is probably in the soundest technical posi tion -that it has been in for several years. The speculative fringe has been largely eliminated and stocks are in strong hends. EVGn if some of the fore- casted adversities do actually occur, the market would appear to have discounted the major part of the unfavorable developments. However, antiCipation of possible trouble is no indication of its actually coming to pass. In a nutshell, continue to advocate the purchase of selected issues in anticipation of at least an intermediate term rally to the 190-200 level in the Dow-Jones industrial uv'orage. If the' advice of the past three months has been followed, recommended issues have been purchased, in most cases, quite a bit below present levels. For new suggest a perusal of the list of the twenty-five recommended issues this letter has advised for purchase on weak- ness for the last three months. The last summary of this group was enumerated in our letter of November 27th. Also suggest a cross check vlith our letter of December 12th listing intermediate term price objectives of some sixty issues. Would suggest purchase of issues tht 'IN, furthest away from ultimate rally obj ectives. December 30, 1946 EDMUND W. TABELL SHIELDS & COMPANY Closing Dow-Jones Industrials Dow-J ones Rails Dow-Jones 65-Stock 176.23 51.07 64.42 The opinions expressed in this letter are the personal interpretation of charts by Mr. Edmund W. rabel! and are not presented liS the opinions of Shields & Company.