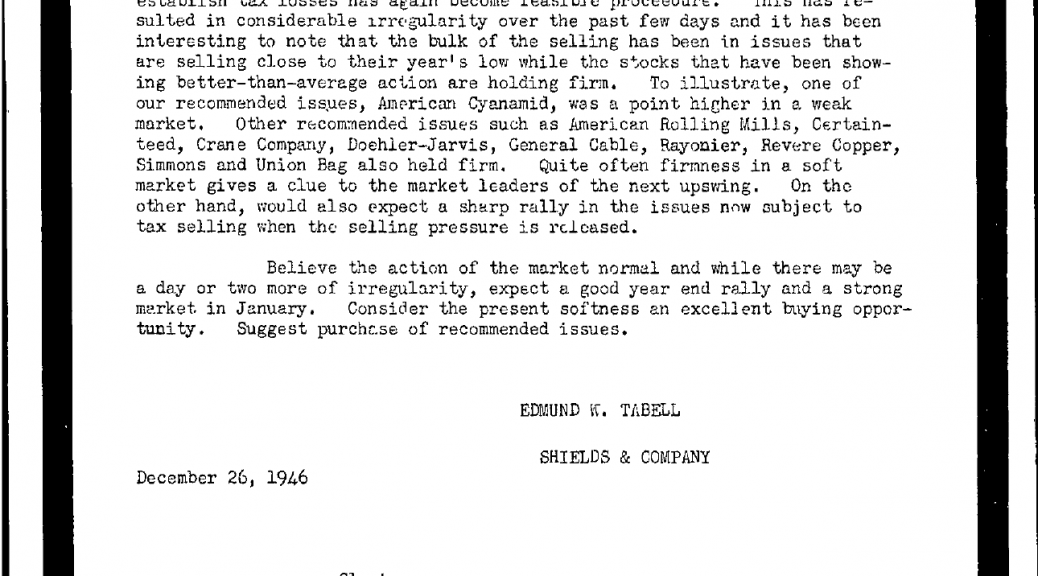 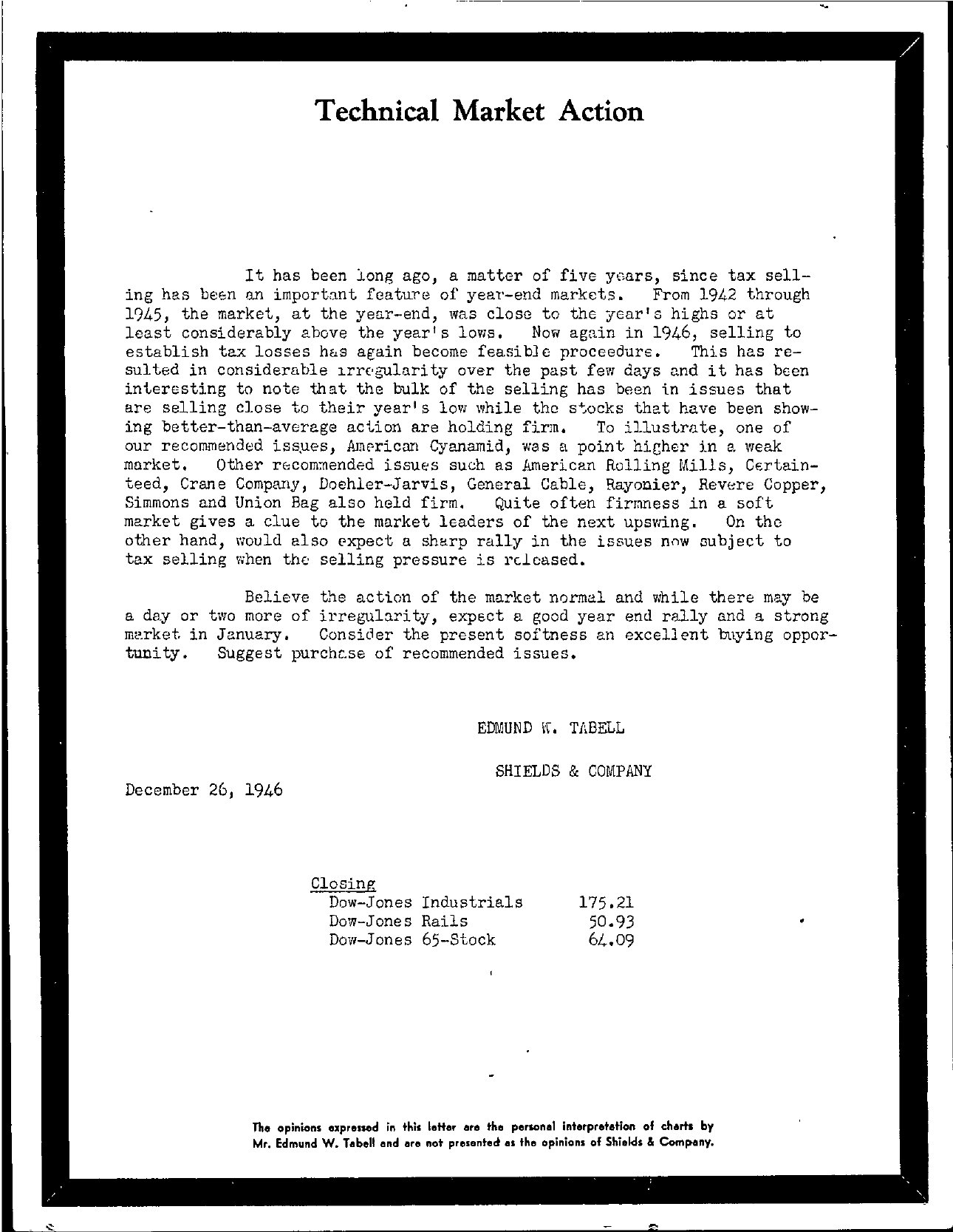 Technical Market Action It has been iong ago, a matter of five Y8ars, since tax selling has beGn an importo.nt feature of year-end markets. From 1942 through 1945, the market, at the yea.r-end, was close to the year's highs or at least considerably above the year's lovls. Now again in 1946, selling to establish tax losses haS again become feasibJe proceeours. This has resulted in considerable urcgulari ty over the past few days and it has been interesting to note that the bulk of the selling has been tn issues that are selling close to their year's low while the s';ocks that have been showing better-than-average action are holding firm. To illustrate, one of our recommended iss,ues, American Cyanamid, was a point hieher i,n a. weak market. Other recomnended iSb'Ues such as American Rolling Mills, Cutainteed, Crane Company, Doehler-Jarvis, General Cable, Rayouier, Revere Copper, Simmons and Union Bag also held firm. Qui te often firmness in a soft market gives a clue to the market leaders of the next upsvnng. On the other hand, would also expect a sharp rally in the issues now subject to tax selling when the selling pressure is reloased. Believe the action of the market normal and while there may be a day or two more of irregularity, exp6ct a good year end rally and a strong in January. Consit1e1' the present softness an excell en t buying opportuuity. Suggest purchc.se of recommended issues. December 26, 1946 EDMUND VI. TABELL SHIELDS & COMPANY Closing Dow-Jones Industrials Dow-Jones Rails DoV/-Jones 65-Stock 175.21 50.93 61..09 The opiniGns expressed in this letter ere the personal Interpretation of charts by Mr. Edmund W. label! end ere not presented as the opinions of Shields & Company.