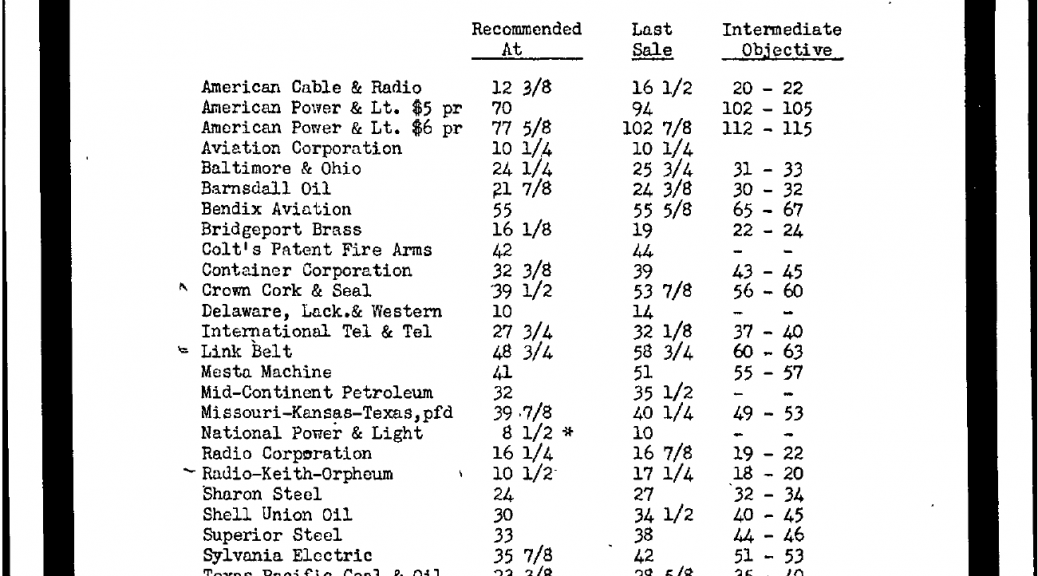 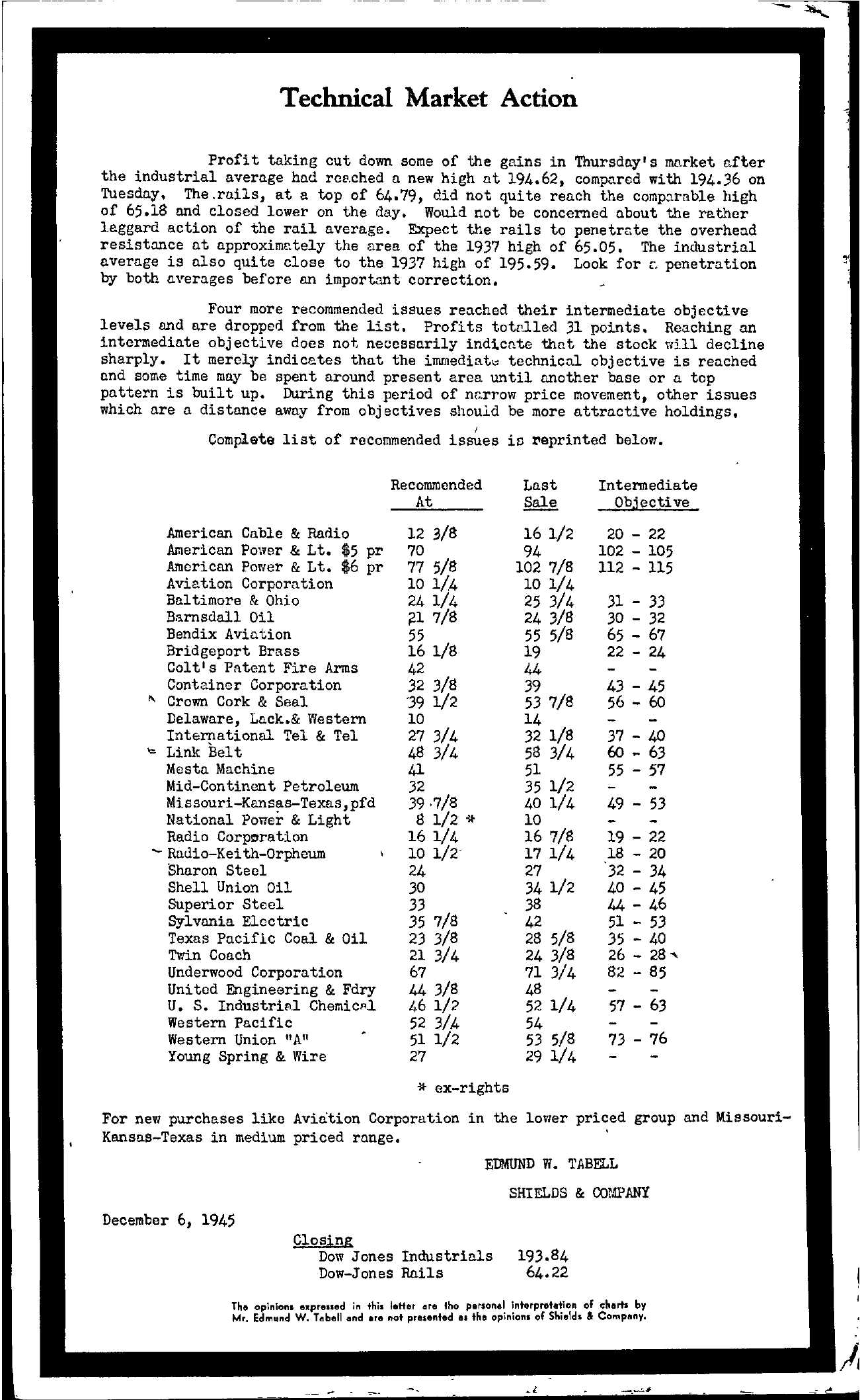 Technical Market Action Profit taking cut down some of the gains in Thursday's market after the industrial average had reached a new high at 194.62, compared with 194.36 on Tuesday. The rails, at a top of 64.79, did not quite reach the high of 65.18 and closed lower on the day. Would not be concerned about the rather laggard action of the rail average. Expect the rails to penetrate the overhead resistance at approximately the area of the 1937 high of 65.05. The industrial average is also quite close to the 1937 high of 195.59. Look for a penetration by both averages before an important correction. Four more recommended issues reached their intermediate objective levels and are dropped from the list. Profits 31 points. Reaching an intermediate objective does not necessarily indicate that the stock will decline sharply. It merely indicates that the technical objective is reached and some time may be spent around present area until another base or a top pattern is built up. During this period of narrow price movement, other issues which are a distance away from objectives should be more attractive holdings. Complete list of recommended issues is reprinted below. Recommended At Last Sale Intermediate Objective American Cable & Radio American Power & Lt. 5 pr American Power & Lt. 6 pr Aviation Corporation Baltimore & Ohio Barnsdall Oil Bendix Aviation Bridgeport Brass Colt's Patent Fire Arms Container Corporation Crown Cork & Seal Delaware, Lack.& Western International Tel & Tel ' Link Belt Mesta Machine Mid-Continent Petroleum Missouri-Kansas-Texas,pfd National Power & Light Radio -Rudio-Keith-Orpheum Sharon Steel Shell Union Oil Superior Steel Sylvania Electric Texas Paciflc Coal & Oil Twin Coach Underwood Corporation United Engineering & Fdry U. S. Western Pacific Western Union A Young Spring & Wire For new purchases like Aviation Corporation in the lower priced group and Missouri KansaS-Texas in medium priced range. EDMUND W. TABELL SHIELDS & COMPANY December 6, 1945 Closing Dow Jones Industrials 193.84 Dow-Jones Rails 64.22 The opinions expressed in this letter are the personnel interpretation of charts by Mr. Edmund W. Tabell and are not presented as the opinions of Shields & Company.