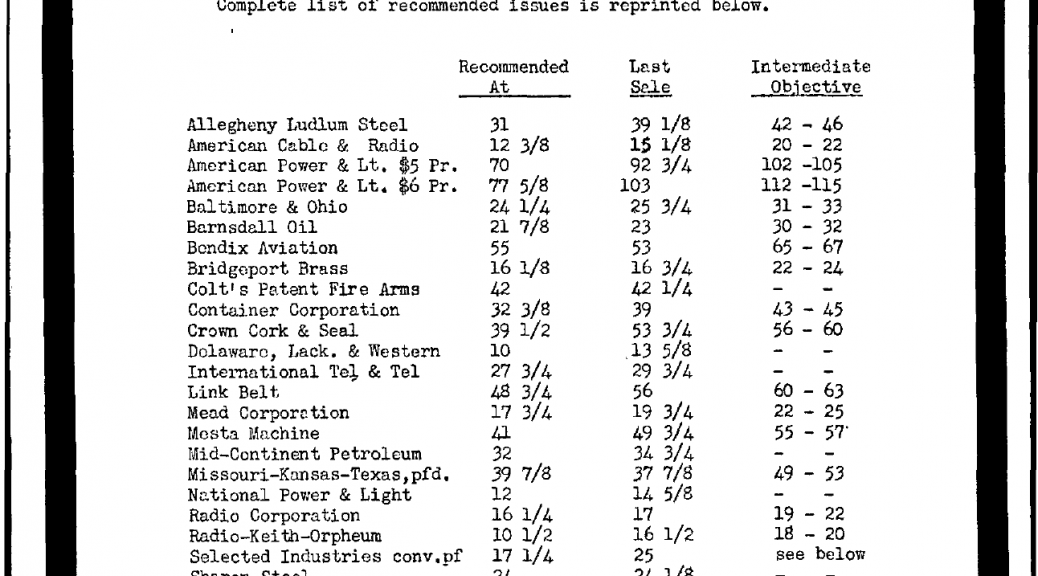 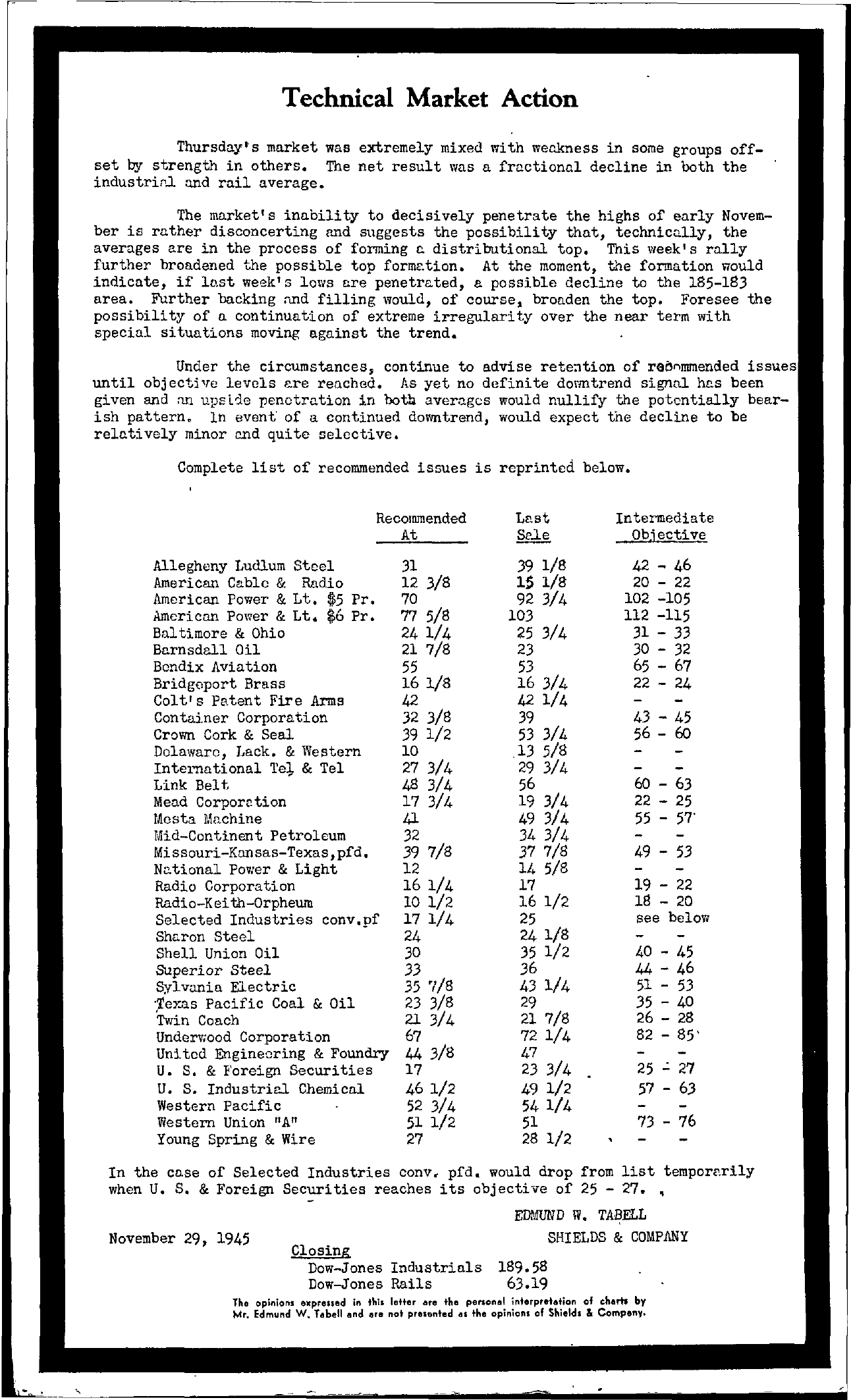 Technical Market Action Thursday's market was extremely mixed with weakness in some groups offset by strength in others. The net result was a fractional decline in both the industrial and rail average. The market's inability to decisively penetrate the highs of early November is rather disconcerting and suggests the possibility that, technically, the averages are in the process of forming a distributional top. This week's rally further broadened the possible top formation. At the moment, the formation would indicate, if last week's lows are penetrated, a possible decline to the 185-183 area. Further backing and filling would, of course, broaden the top. Foresee the possibility of a continuation of extreme irregularity over the near term with special situations moving against the trend. Under the Circumstances, continue to advise retention of recommended issues until objective levels are reached. As yet no definite downtrend signal has been given and an upside penetration in both averages would nullify the potentially bearish pattern. In event of a continued downtrend, would expect the decline to be relatively minor and quite selective. Complete list of recommended issues is reprinted below. In the case of Selected Industries conv. pfd. would drop from list when U. S. & Foreign Securities reaches its objective of 25 – 27. , EDMUND W. TABELL November 29, 1945 SHIELDS & COMPANY Closing Dow-Jones Industrials 189.58 Dow-Jones Rails 63.19 The opinions expressed in this letter are the personal interpretation of charts by Mr. Edmund W. Tabell and are not presented as the opinions of Shields & Company