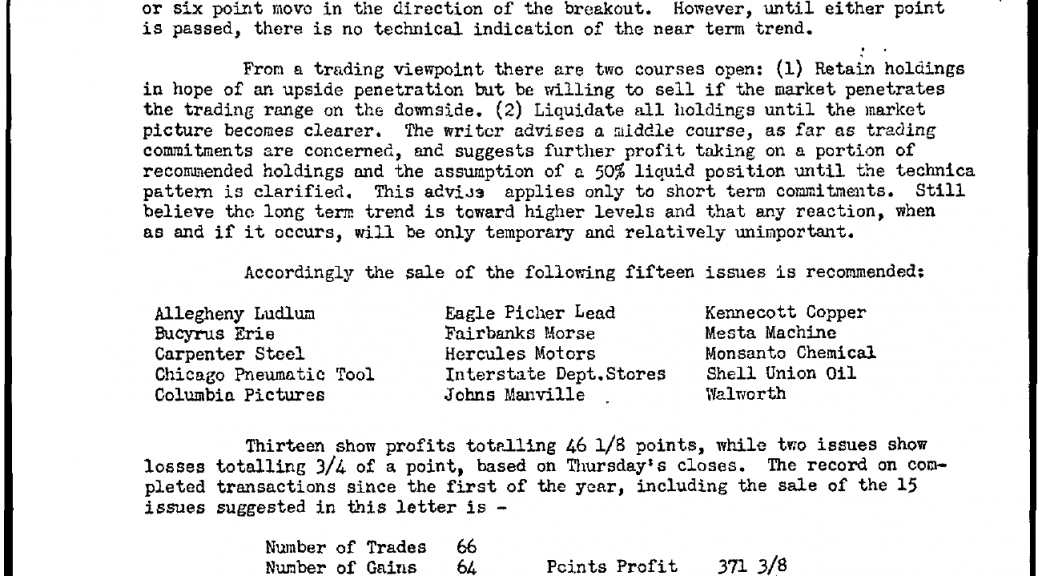 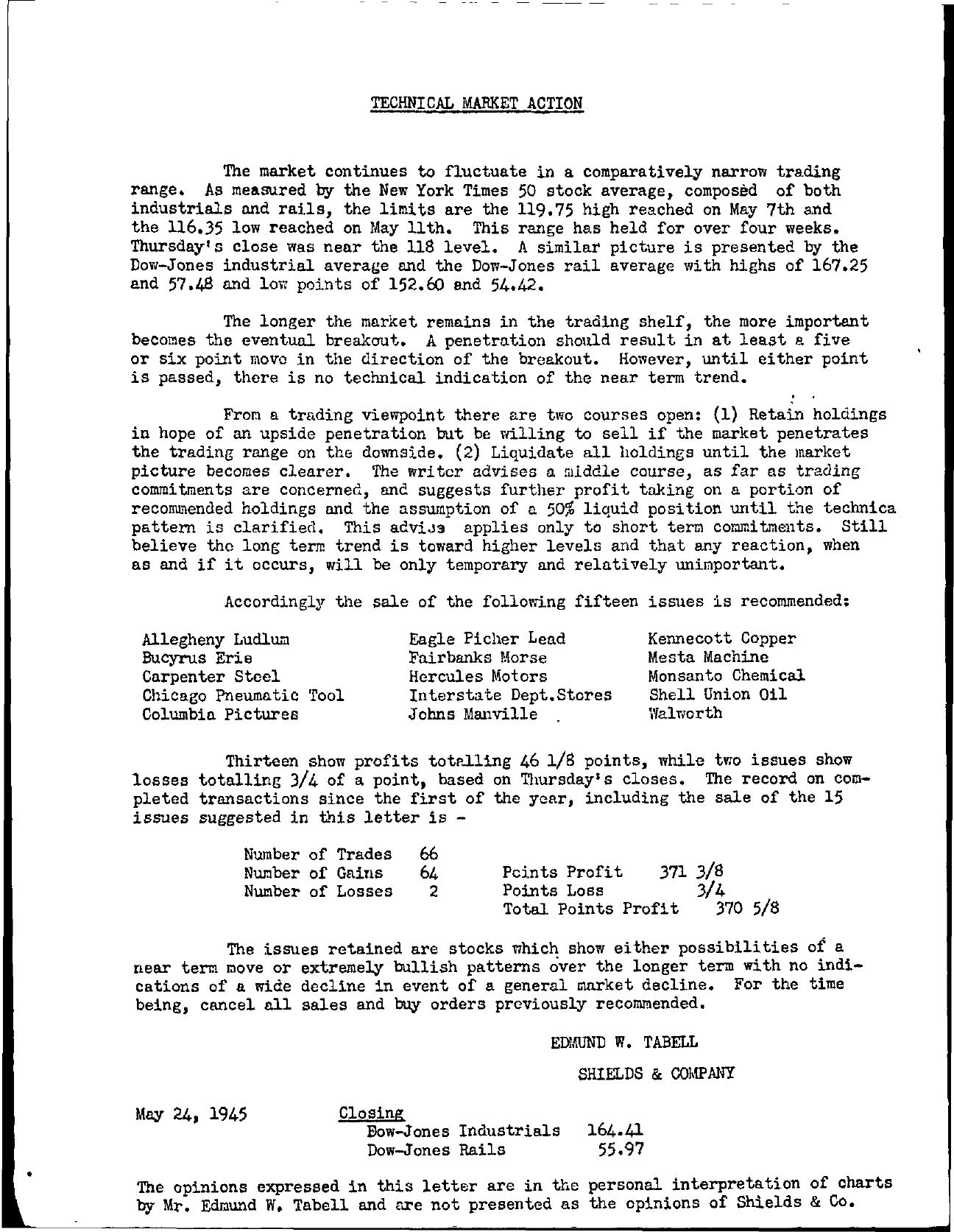 TECHNICAL MARKET ACTION The market continues to fluctuate in a comparatively narrow trading range. As measured by the New York Times 50 stock average, composed of both industrials and rails, the limits are the 119.75 high reached on May 7th and the 116.35 low reached on May 11th. This range has held for over four weeks. Thursday's close was near the 118 level. A similar picture is presented by the Dow-Jones industrial average and the Dow-Jones rail average with highs of 167.25 and 57.48 and low points of 152.60 end 54.42. The longer the market remains in the trading shelf, the more important becomes the eventual breakout. A penetration should result in at least a five or six point move in the direction of the breakout. However, until either point is passed, there is no technical indication of the near term trend. From a trading viewpoint there are two courses open (1) Retain holdings in hope of an upside penetration but be willing to sell if the market penetrates the trading range on the downside. (2) Liquidate all holdings until the market picture becomes clearer. The writer advises a middle course, as far as trading commitments are concerned, and suggests further profit taking on a portion of recoIDL1ended holdings and the assumption of a 50 liquid position until technical pattern is clarified. This advise applies only to short term commitments. Still believe the long term trend is toward higher levels and that any reaction, when as and if it occurs, will be only temporary and relatively unimportant. Accordingly the sale of the following fifteen issues is recommended Allegheny Ludlum Bucyrus Erie Carpenter Steel Chicago Pneumatic Tool Columbia Pictures Eagle Picher Lead Fairbanks Morse Hercules Motors Interstate Dept. Stores Johns M81wille Kennecott Copper Mesta Machine Monsanto Chemical Shell Union Oil Walworth Thirteen show profits totalling 46 1/8 points, while two issues show losses totalling 3/4 of a point, based on Thursday's closes. The record on completed transactions since the first of the year, including the sale of the 15 issues suggested in this letter is – Number of Trades 66 Number of Gains 64 Number of Losses 2 Points Profit 371 3/8 Points Loss 3/4 Total Points Profit 370 5/S The issues retained are stocks which show either possibilities of a near term move or extremely bullish patterns over the longer term with no indications of a wide decline in event of a general market decline. For the time being, cancel all sales and buy orders previously recommended. EDMUND W. TABELL SHIELDS & COMPANY May 24, 1945 Closing Bow-Jones Industrials 164.41 Dow-Jones Rails 55.97 The opinions expressed in this letter are in the personal interpretation of charts by Mr. Edmund W. Tabell and are not presented as the opinions of Shields & Co.