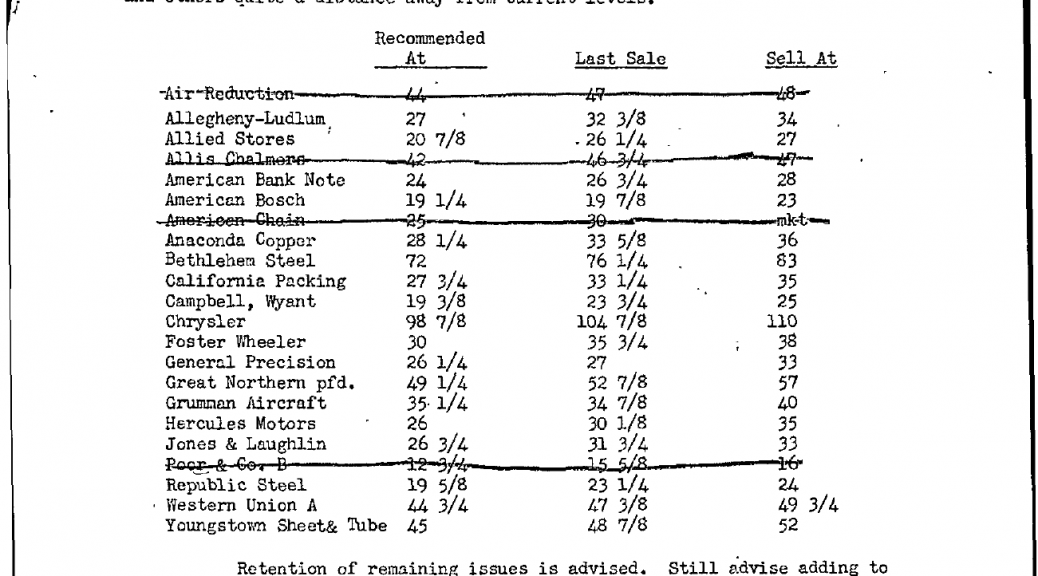 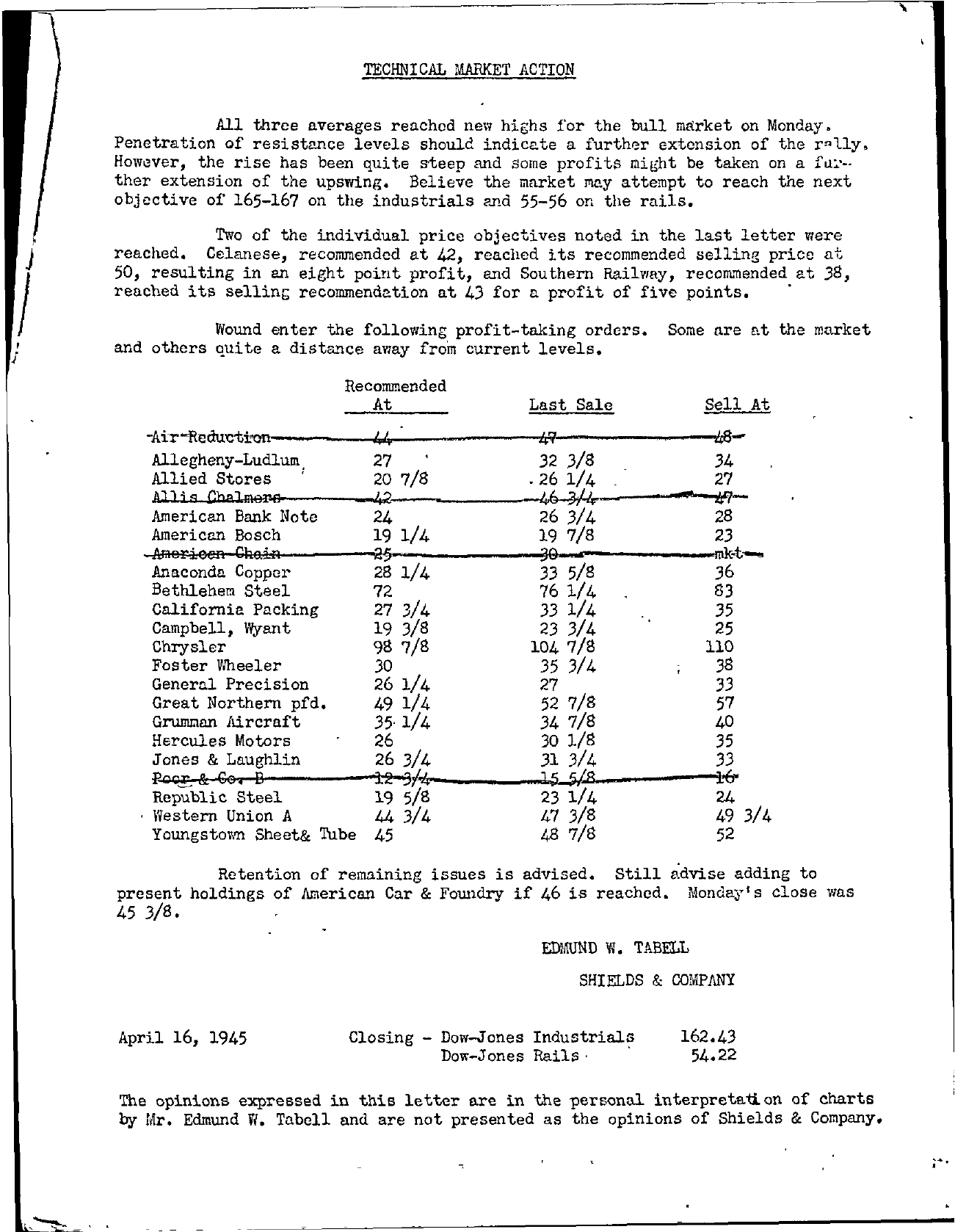 TECHNICAL MARKET ACTION All three averages reached new highs for the bull market on Monday. Penetration of resistance levels should indicate a extension of the rally. However, the rise has been quite steep and some profits might be taken on a further extension of the upswing. Believe the market may attempt to reach the next objective of 165-167 on the industrials and 55-56 on the rails. Two of the individual price objectives noted in the last letter were reached. Celanese, recommended at 42, reached its recommended selling price at 50, resulting in an eight point profit, and Southern Railway, recommended at 38, reached its selling recommendation at 43 for a profit of five points. Wound enter the following profit-taking orders. Some are at the market and others quite a away from current levels. Recommended At Last Sale Sell At Allegheny-Ludlum, Allied Stores, American Bank Note, American Bosch, Anaconda Copper, Bethlehem Steel, California Packing, Campbell, Wyant, Chrysler, Foster Wheeler, General Precision, Great Northern pfd, Grumman Aircraft, Hercules Motors, Jones & Laughlin, Republic Steel, Western Union A, Youngstown Sheet & Tube Retention of remaining issues is advised. Still advise adding to present holdings of American Car & Foundry if 46 is reached. Mondays close was 45 3/8. EDMUND W. TABELL SHIELDS & COMPANY April 16, 1945 Closing – Dow-Jones Industrials Dow-Jones Rails. 162.43 54.22 The opinions expressed in this letter are in the personal interpretation of charts by Mr. Edmund W. Tabell and are not presented as the opinions of Shields & Company.