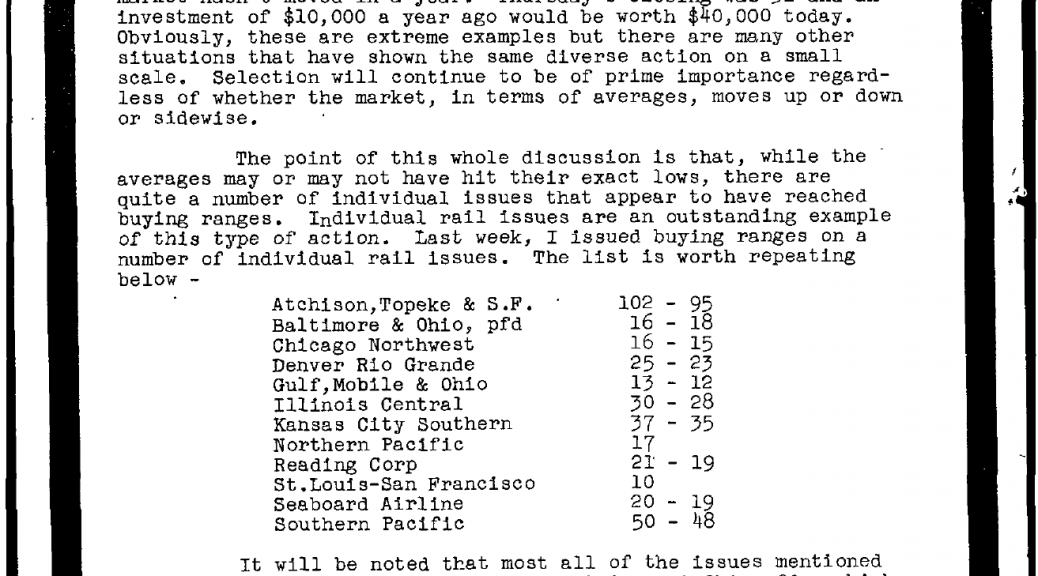 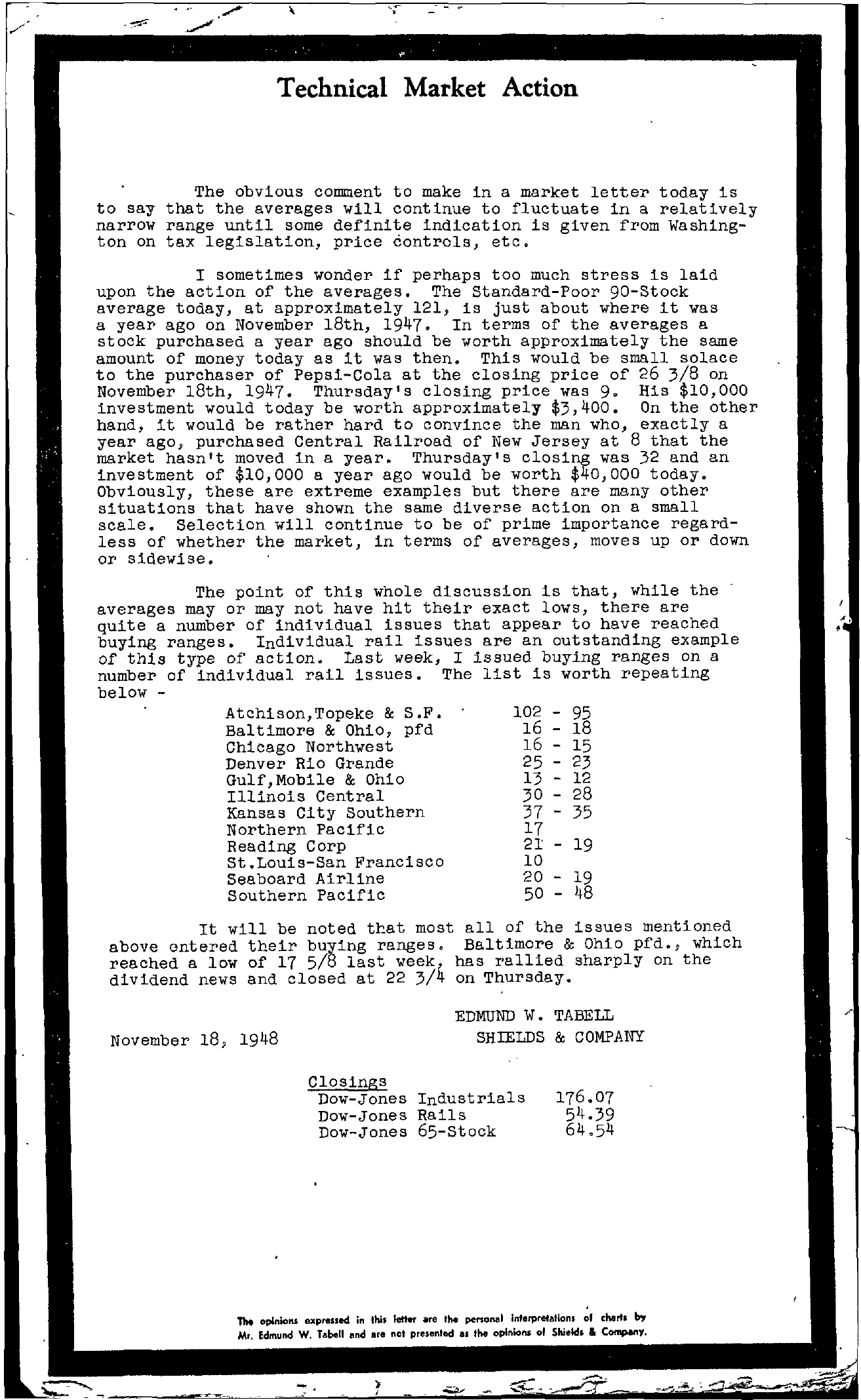 Technical Market Action The obvious comment to make in a market letter today is to say that the averages will continue to fluctuate in a relatively narrow range until some definite indication is given from Washington on tax legislation, price controls, etc. I sometimes wonder if perhaps too much stress is laid upon the action of the averages. The Standard-Poor 90-Stock average today, at approximately 121, is just about where it was a year ago on November 18th, 1947. In terms of the averages a stock purchased a year ago should be worth approximately the same amount of money today as it was then. This would be small solace to the purchaser of Pepsi-Cola at the closing price of 26 3/8 on November 18th, 1947. Thursday's closing price was 9. His 10,000 investment would today be worth approximately 3,400. On the other hand, it would be rather hard to convince the man who, exactly a year ago, purchased Central Railroad of New Jersey at 8 that the market hasn't moved in a year. Thursday's closing was 32 and an investment of 10,000 a year ago would be worth 40,000 today. Obviously, these are extreme examples but there are many other situations that have shown the same diverse action on a small scale. Selection will continue to be of prime importance regardless of whether the market, in terms of averages, moves up or down or sidewise. The point of this whole discussion is that, while the – averages mayor may not have hit their exact lows, there are quite a number of individual issues that appear to have reached buying ranges. Individual rail issues are an outstanding example of this type of action. Last week, I issued buying ranges on a number of individual rail issues. The list is worth repeating below – Atchison,Topeke & S.F. Baltimore & Ohio, pfd Chicago Northwest 102 95 16 – 18 16 – 15 Denver Rio Grande Gulf,Mobile & Ohio Illinois Central 25 – 23 13 – 12 30 – 28 Kansas City Southern 37 – 35 Northern Pacific Reading Corp 17 21 – 19 St.Louis-San Francisco Seaboard Airline Southern Pacific 10 20 – 19 50 – 48 It will be noted tat most all of the issues mentioned above entered teir buying ranges. Baltimore & Ohio pfd., which reached a low of 17 5/8 last week, has rallied sharply on the dividend news and closed at 22 3/4 on Thursday. November 18, 1948 EDMUND W. TABELL SHIELDS & COMPANY Closings Dow-Jones Industrials Dow-Jones Rails Dow-Jones 65-stock lht opinions expressed in lhis letter are 1M personal Interprettions of charts by Mr, Edmund W. labell lind are not presented as lhe opinions of Shiekts & CompanY.