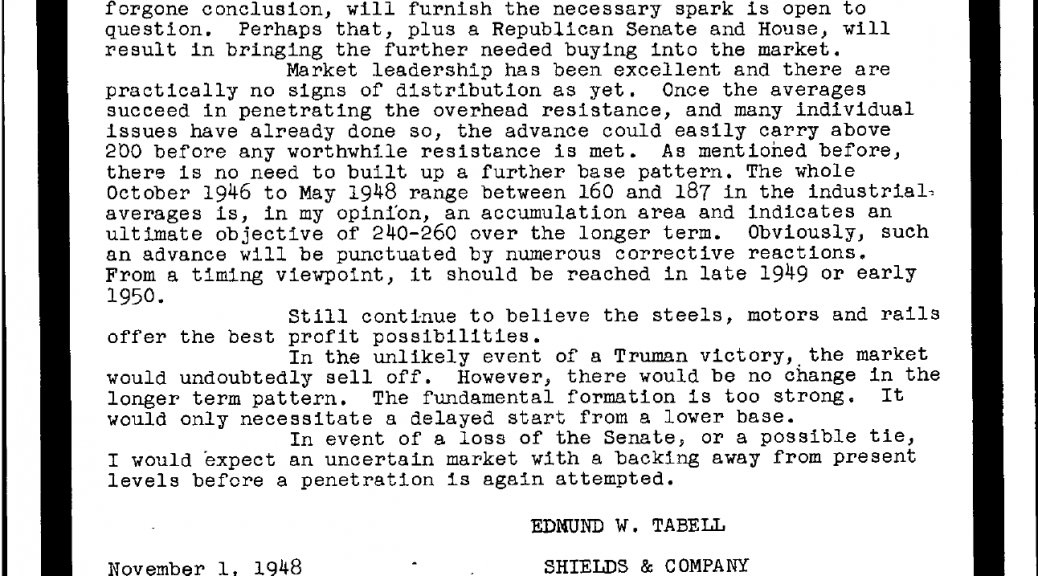 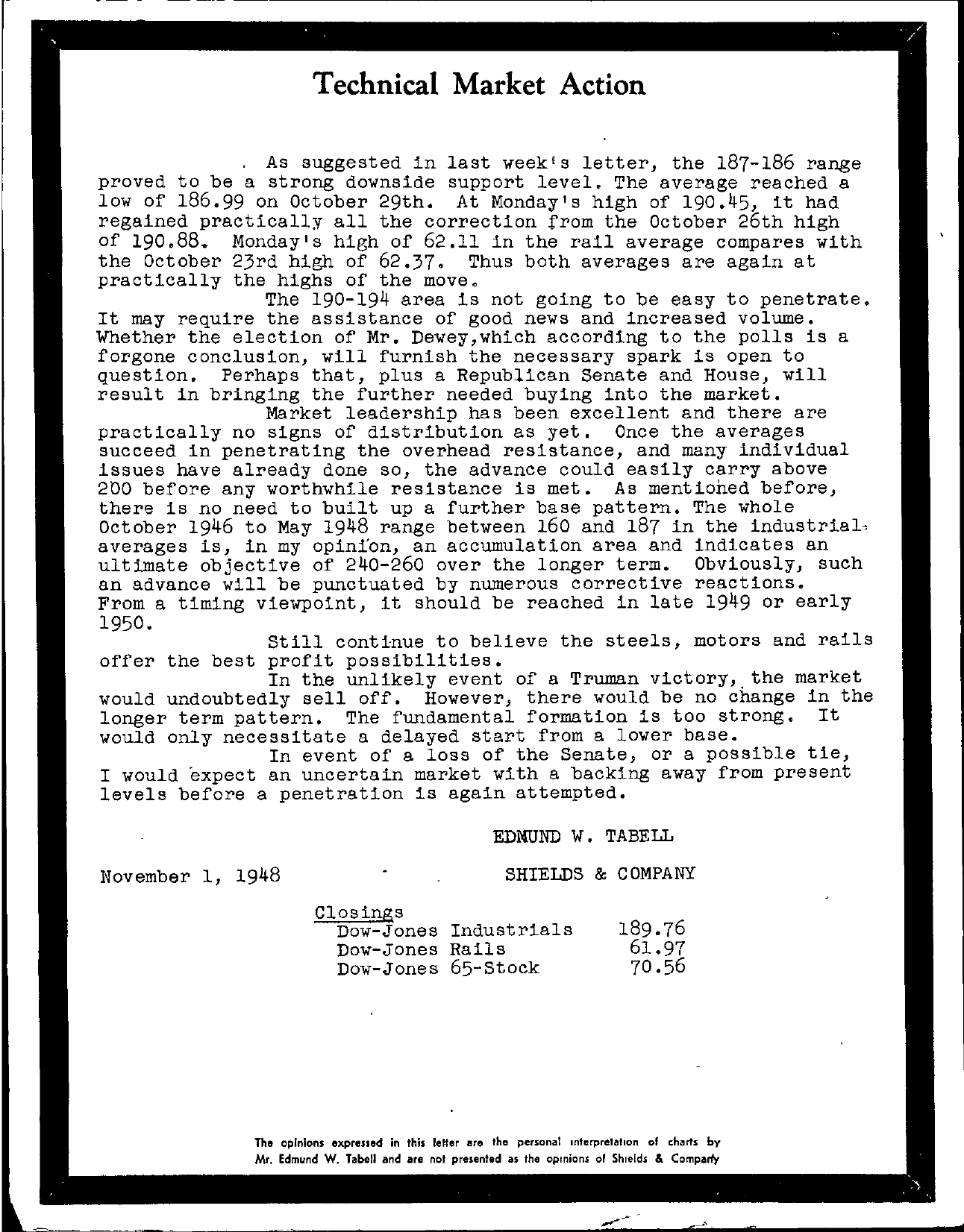 – – – – – ———————————- Technical Market Action . As suggested in last week's letter, the 187-186 range proved to be a strong downside support level. The average reached a low of 186.99 on October 29th. At Monday's high of 190.45, it had regained practically all the correction from the October 26th high of 190.88 Monday's high of 62.11 in the rail average compares with the October 23rd high of 62.37. Thus both averages are again at practically the highs of the move. The 190-194 area is not going to be easy to penetrate. It may require the assistance of good news and increased volume. Whether the election of Mr. Dewey,which according to the polls is a forgone conclusion, will furnish the necessary spark is open to question. Perhaps that, plus a Republican Senate and House, will result in bringing the further needed buying into the market. Market leadership has been excellent and there are practically no signs of distribution as yet. Once the averages succeed in penetrating the overhead reSistance, and many individual issues have already done so, the advance could easily carry above 200 before any worthwhile resistance is met. As mentioned before, there is no need to built up a further base pattern. The whole October 1946 to May 1948 range between 160 and 187 in the industrial, averages is, in my opinion, an accumulation area and indicates an ultimate objective of 240-260 over the longer term. Obviously, such an advance will be punctuated by numerous corrective reactions. From a timing viewpoint, it should be reached in late 1949 or early 1950, Still continue to believe the steels, motors and rails offer the best profit possibilities. In the unlikely event of a Truman victory the market would undoubtedly sell off. However, there would be no change in the longer term pattern. The fundamental formation is too strong. It would only necessitate a delayed start from a lower base. In event of a loss of the Senate, or a possible tie, I would expect an uncertain market with a backing away from present levels before a penetration is again attempted. November 1, 1948 EDKUND W. TABELL SHIELDS & COMPANY Closings Dow-Jones Industrials Dow-Jones Rails Dow-Jones 65-Stock 189.76 61.97 70.56 The opinions expressed in this lettor 11(0 the personal interpretation of charts by Mr. Edmund W. labell and are not presented as the opinions of Shields & Compariy