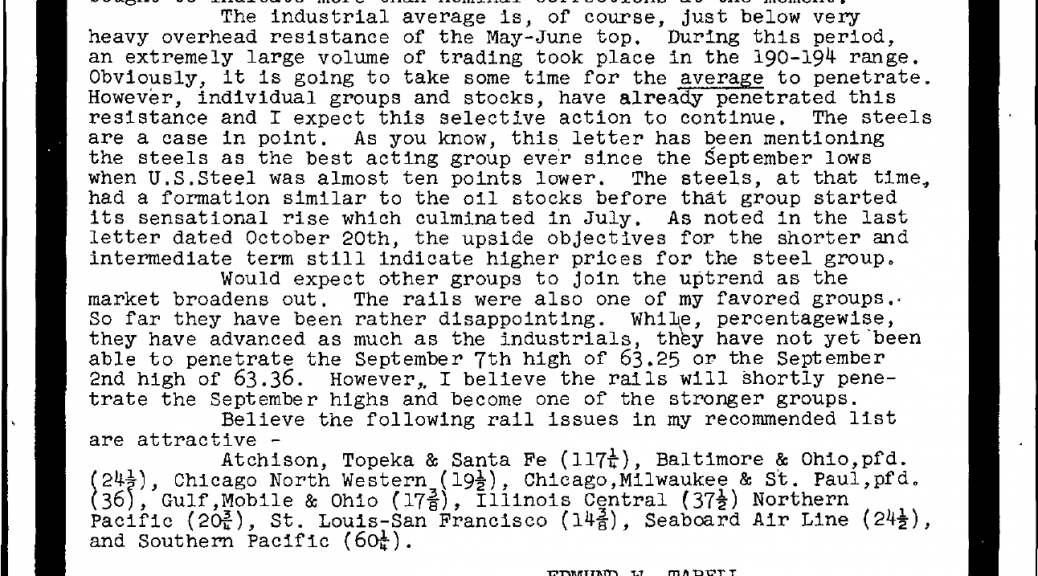 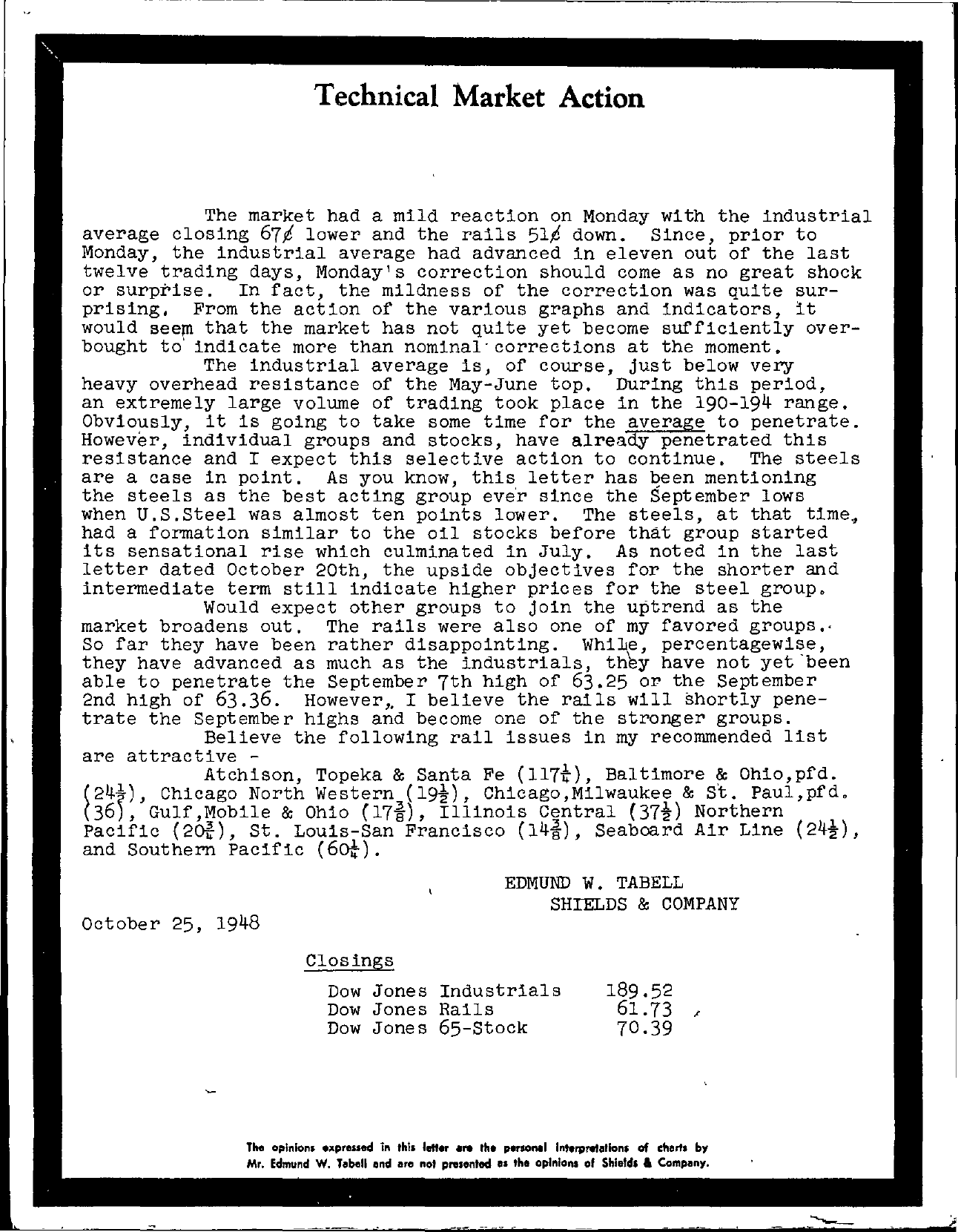 Technical Market Action The market had a mild reaction on Monday with the industrial average closing 67t lower and the rails 51t down. Since, prior to Monday, the industrial average had advanced in eleven out of the last twelve trading days, Monday's correction should come as no great shock or surprise. In fact, the mildness of the correction was quite sur- prising. From the action of the various graphs and indicators, it would seem that the market has not quite yet become sufficiently overbought to' indicate more than nominal-corrections at the moment. The industrial average is, of course, just below very heavy overhead resistance of the May-June top. During this period, an extremely large volume of trading took place in the 190-194 range. Obviously, it is going to take some time for the average to penetrate. However, individual groups and stocks, have alreadY penetrated this resistance and I expect this selective action to continue. The steels are a case in point. As you know, this letter has been mentioning the steels as the best acting group eve'r since the September lows when U.S.Steel was almost ten pOints lower. The steels, at that time. had a formation similar to the oil stocks before that group started its sensational rise which culminated in July. As noted in the last letter dated October 20th, the upside objectives for the shorter and intermediate term still indicate higher prices for the steel group. Would expect other groups to join the uptrend as the market broadens out. The rails were also one of my favored groups .. So far they have been rather disappointing. Whi1e, percentagewise, they have advanced as much as the industrials, thy have not yet 'been able to penetrate the September 7th high of 63.25 or the September 2nd high of 63.36. However,. I believe the rails will shortly penetrate the September highs and become one of the stronger groups. Believe the following rail issues in my recommended list are attractive Atchison, Topeka & Santa Fe (117t), Baltimore & Ohio,pfd. (24t), Chicago North Western (19-li-) , Chicago,Milwaukee & St. Paul,pfd, (36), Gulf,Mobile & Ohio (17i), Illinois Central (37-li-) Northern Pacific (2Qf), St. Louis-San Francisco (14i), Seaboard Air Line (24-li-), and Southern Pacific (6ot). October 25, 1948 EDMUND W. TABELL SHIELDS & COMPANY Closings Dow Jones Industrials Dow Jones Rails Dow Jones 65-Stock 189.52 61.73 70.39 The opinions .JIlpressed in this '….r …. the p.noMI Interpretation. of cherb by Mr. Edmund W. labell end are not presented as the opinions of Shield. 6 Company.