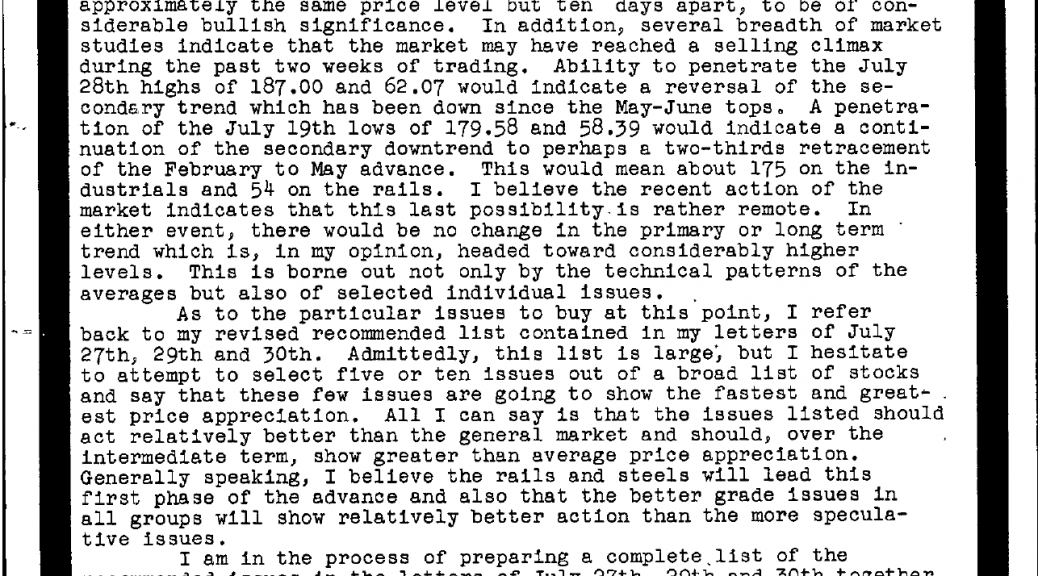 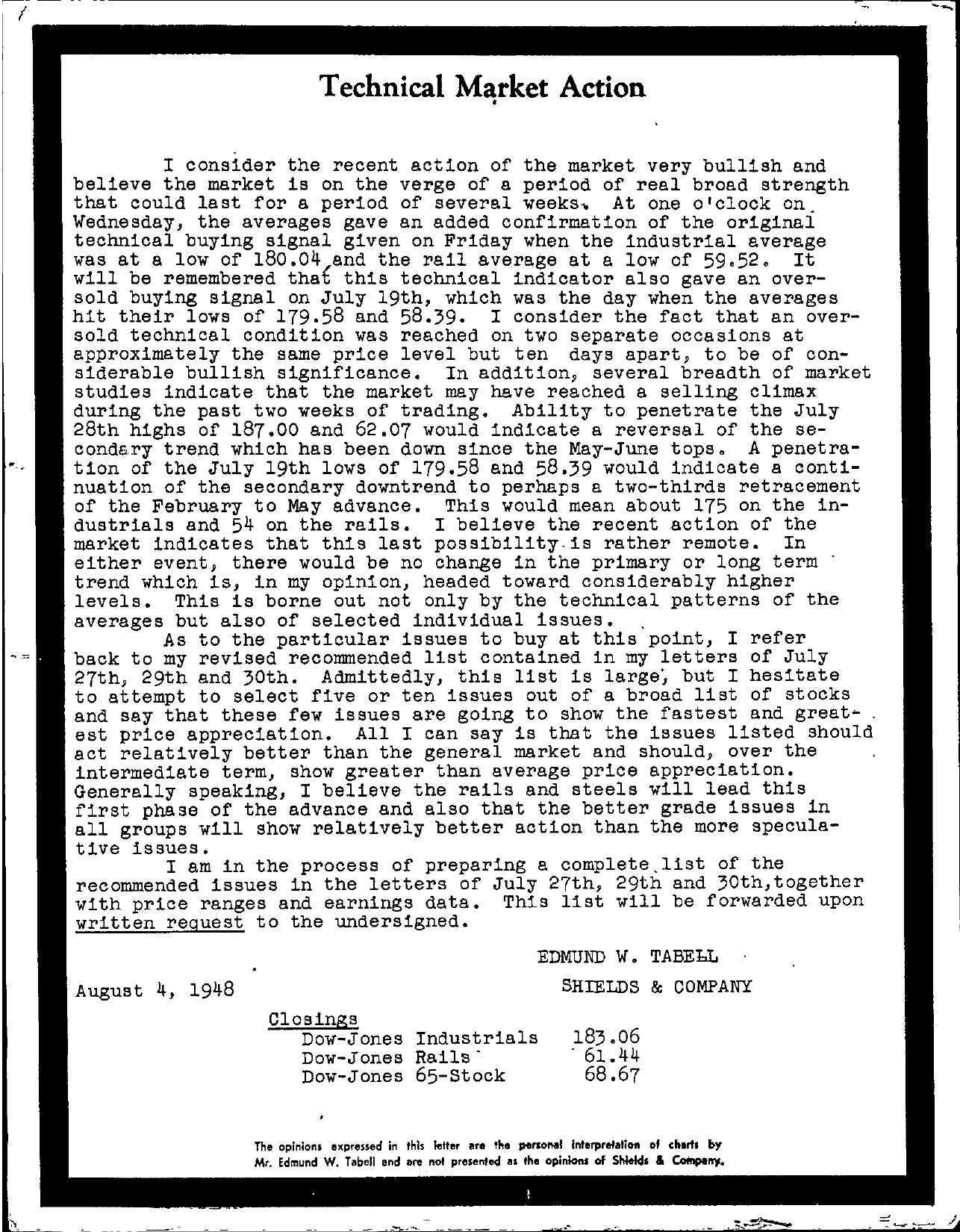 c-/- – — Technical Market Action I consider the recent action of the market very bullish and believe the market is on the verge of a period of real broad strength that could last for a period of several weeks At one o'clock on Wednesday, the averages gave an added confirmation of the originai technical buying signal given on Friday when the industrial average was at a low of 180.04 and the rail average at a low of 59.52. It will be remembered that this technical indicator also gave an over- sold buying signal on July 19th, which was the day when the averages hit their lows of 179.58 and 58.39. I consider the fact that an oversold technical condition was reached on two separate occasions at approximately the same price level but ten days apart, to be of considerable bullish significance. In addition, several breadth of market studies indicate that the market may have reached a selling climax during the past two weeks of trading. Ability to penetrate the July 28th highs of 187.00 and 62.07 would indicate a reversal of the second5ry trend which has been down since the May-June tops. A penetra tion of the July 19th lows of 179.58 and 58.39 would indicate a continuation of the secondary downtrend to perhaps a two-thirds retracement of the February to May advance. This would mean about 175 on the industrials and 54 on the rails. I believe the recent action of the market indicates that this last possibility. is rather remote. In either event, there would be no change in the primary or long term trend which is, in my opinion, headed toward considerably higher levels. This is borne out not only by the technical patterns of the averages but also of selected individual issues. . As to the particular issues to buy at this point, I refer back to my revised recommended list contained in my letters of July 27th, 29th and 30th. Admittedly, this list is large but I hesitate to attempt to select five or ten issues out of a broad list of stocks and say that these few issues are gOing to show the fastest and greatest price appreciation. All I can say is that the issues listed should act relatively better than the general market and should, over the intermediate term, show greater than average price appreciation. Generally speaking, I believe the rails and steels will lead this first phase of the advance and also that the better grade issues in all groups will show relatively better action than the more specula- tive issues. I am in the process of preparing a complete,list of the recommended issues in the letters of July 27th, 29th and 30th,together with price ranges and earnings data. This list will be forwarded upon written request to the undersigned. August 4, 1948 EDMUND W. TABEI.L SHIELDS & COMPANY Closings Dow-Jones Industrials Dow-Jones Rails' Dow-Jones 65-Stock 183.06 . 61.44 68.67 The opinions expressed in this letter 116 the ptInonaJ interpretation of chlrfs by Mr. Edmund W. Tabell end are not presented as the opinions of Shiekb & Cofnpany.