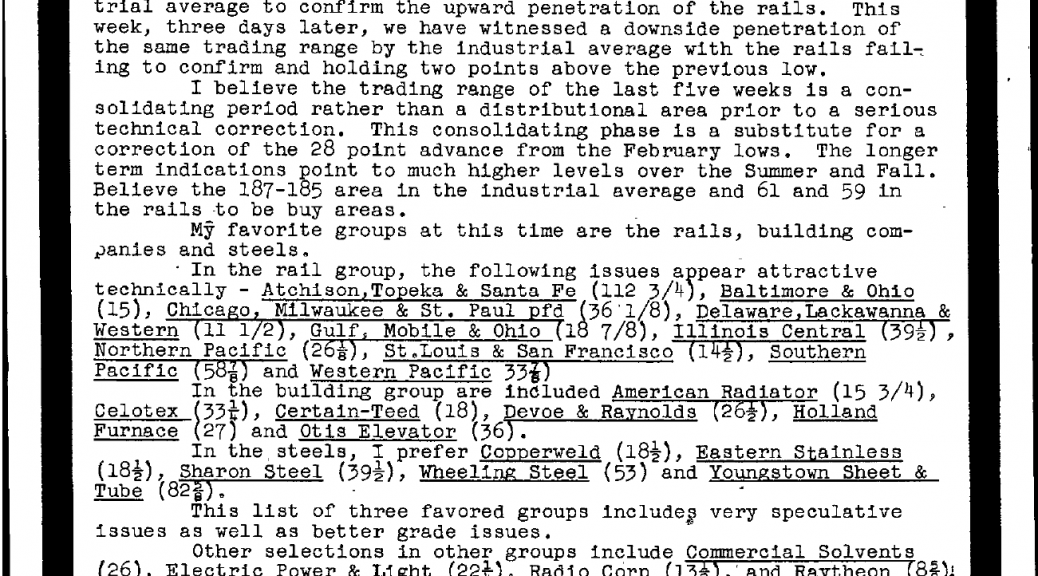 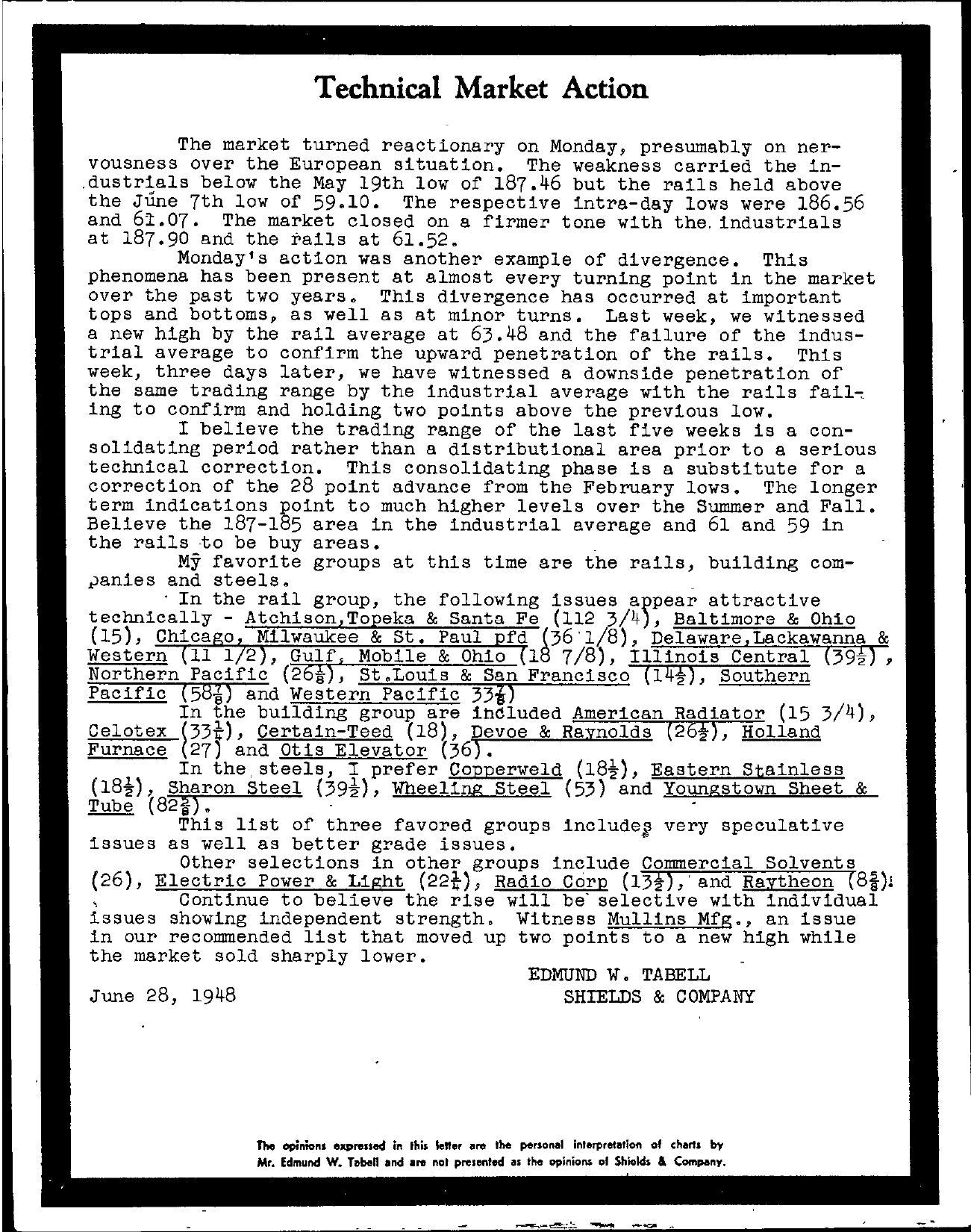 Technical Market Action The market turned reactionary on Monday, presumably on ner- vousness over the European situation. The weakness carried the in- ,dustrials below the May 19th low of 187.46 but the rails held above the JUne 7th low of 59.10. The respective intra-day lows were 186.56 and 61.07. The market closed on a firmer tone with the, industrials at 187.90 and the rails at 61.52. Monday's action was another example of divergence. This phenomena has been present at almost every turning point in the market over the past two years. This divergence has occurred at important tops and bottoms, as well as at minor turns. Last week, we witnessed a new high by the rail average at 63.48 and the failure of the indus- trial average to confirm the upward penetration of the rails. This week, three days later, we have witnessed a downside penetration of the same trading range by the industrial average with the rails fail ing to confirm and holding two points above the previous low. I believe the trading range of the last five weeks is a con- solidating period rather than a distributional area prior to a serious technical correction. This consolidating phase is a substitute for a correction of the 28 point advance from the February lows. The longer term indications point to much higher levels over the Summer and Fall. Believe the 187-185 area in the industrial average and 61 and 59 in the rails -to be buy areas. My favorite groups at this time are the rails, building com- anies and steels. , In the rail group, the following issues appear attractive technically – Atchison,Topeka & Santa Fe (112 3/4), Baltimore & Ohio (15), Chicago Milwaukee & St. Western (11 1/2), Gulf, Mobile Paul pfd (36'1/8 & Ohio (18 7/8), )I, llDienloawisareC,Lenactrkaalwa(n3n9a) & , Northern Pacific (26i), St,Louis & San Francisco (14!), Southern Pacific (58i) and Western Pacific 33i) In the building group are included American Radiator (15 3/4), Celotex (33t), Certain-Teed (18), Devoe & Raynolds (26!), Holland Furnace (27) and Otis Elevator (36). In the, steels, I prefer Copperweld (18t), Eastern Stainless (18t) , Sharon Steel (39t), Wheeling Steel (53) and Youngstown Sheet & Tube (82i), – . This list of three favored groups include very speculative issues as well as better grade issues. Other selections in other groups include Commercial Solvents (26), Electric Power & Light (22t), Radio Corp (13!), and Raytheon (8i)l , Continue to believe the rise will be' selective with individual issues showing independent strength. Witness Mullins Mfg., an issue in our recommended list that moved up two pOints to a new high while the market sold sharply lower. EDMUND W. TABELL June 28, 1948 SHIELDS & COMPANY The opinion, exPressed in this letter are the personal interpretation of cherts by Mr. Edmund W. leben and lire nol presented as the opinions of Shields & Company.