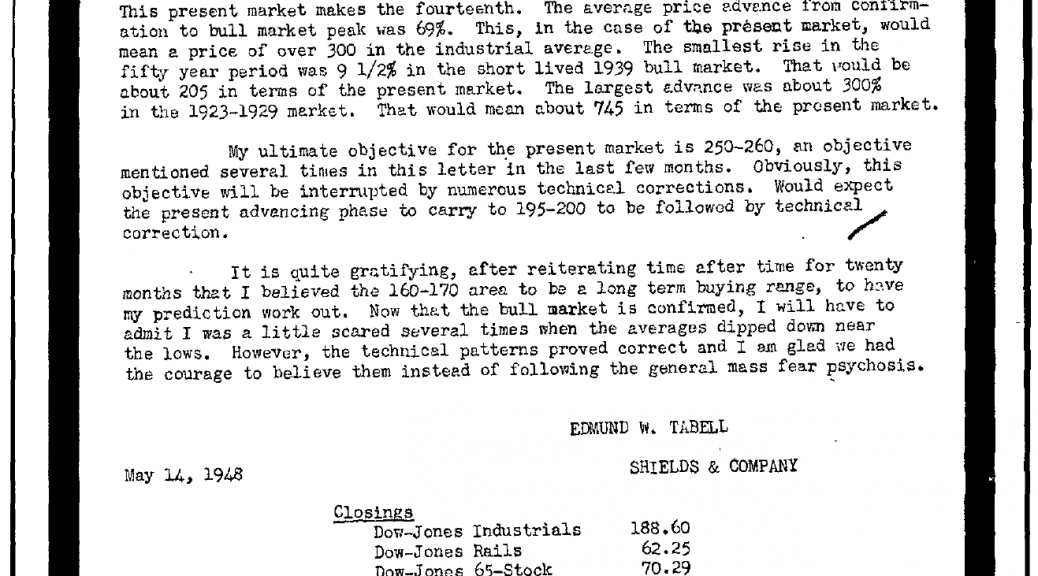 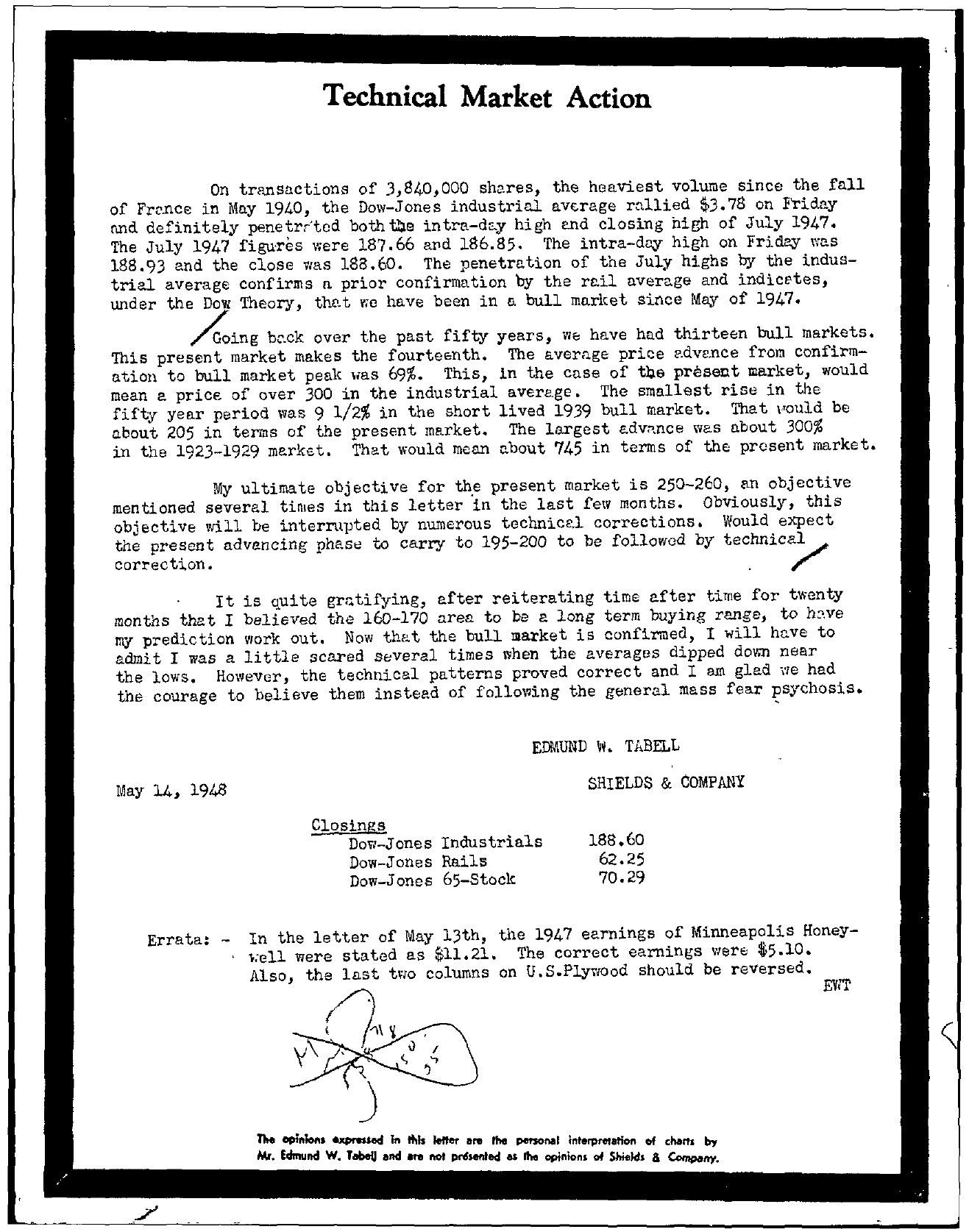 Technical Market Action On transactions of 3,840,000 shares, the heaViest volume since the fall of Frrnce in May 1940, the Dow-Jones industrial average mllied 3.78 on Friday nnd definitely penetrr'tod bothtlle intra-dr..y high end closing high of July 1947. The July 1947 figures were 187.66 wd 186.85. The intra-d high on Frid2y was 188.93 and the close vms 188.60. The penetration of the July highs by the industrial average confirms n prior confirmation by the rail average and indicetes, under the Dow Theory, th.t we have been in e. bull market since May of 1947. ing be-ck over the past fifty years, W8 have had thirtee,n bull markets. This present market makes the fourteenth. The average price e.dve.nce from confirmation to bull market peak \las 69. This, in the case of tll.e presetlt market, would mean a price of over 300 in the industrial average. The smallest rise in the fifty yee.r period was 9 1/2 in the short lived 1939 bull market. That Iould be about 205 in terms of the present market. The l.'l.rgest e.dvp.nce was about 300 in the 1923-1929 markd. That would mean ubout 745 in terms of the present market. My ultimate objective for th.e present market is 250-260, an objective mentioned several times in this letter in the last few months. ObViously, this objective will be interrupted by numerous technical corrections. Would expect the present advancing phas to carry to 195-200 to be followod by technical correction. /' It is quite grutifying, after reiterating time after time for twenty months that I believed the 160-170 area to be a long term buying range, to hve my prediction work out. Now that the bull market is confirmed, I will have to admit I was a little scared several times when the averages dipped down near the lows. However, the technical patterns proved correct and I run glad we had the courage to believe them instead of following the general mass fear t'sychosis. May 14, 1948 EDMUND vi. TABELL SHIELDS & COMPANY Closings Dow-Jones Industrials Dow-Jones Rails Dow-Jones 65-Stock 188.60 62.25 70.29 Errata In the letter of May 13th, the 1947 earnings of Minneapolis Honey- ;;e11 were stated as 11.21. The correct earnings were 5.10. Also, columns on U.S.Plywood should be reversed. EVIT The opJnloft. 'n Is letter are the personal interpretation of charts by '-ny.IN. Edmond W. TabelJ ond …. not pnbenled .. rho opinions 01 Shields &