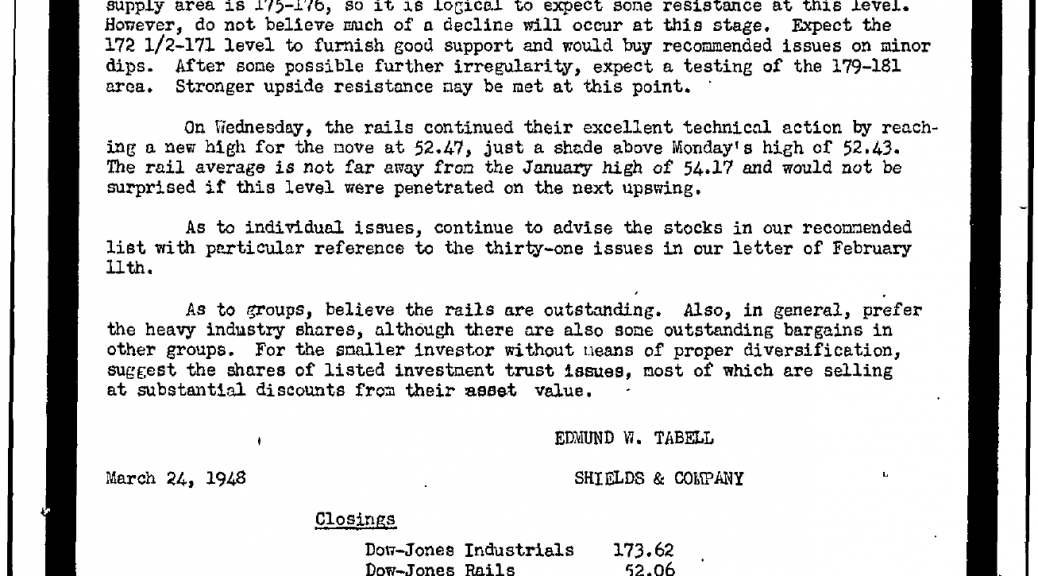 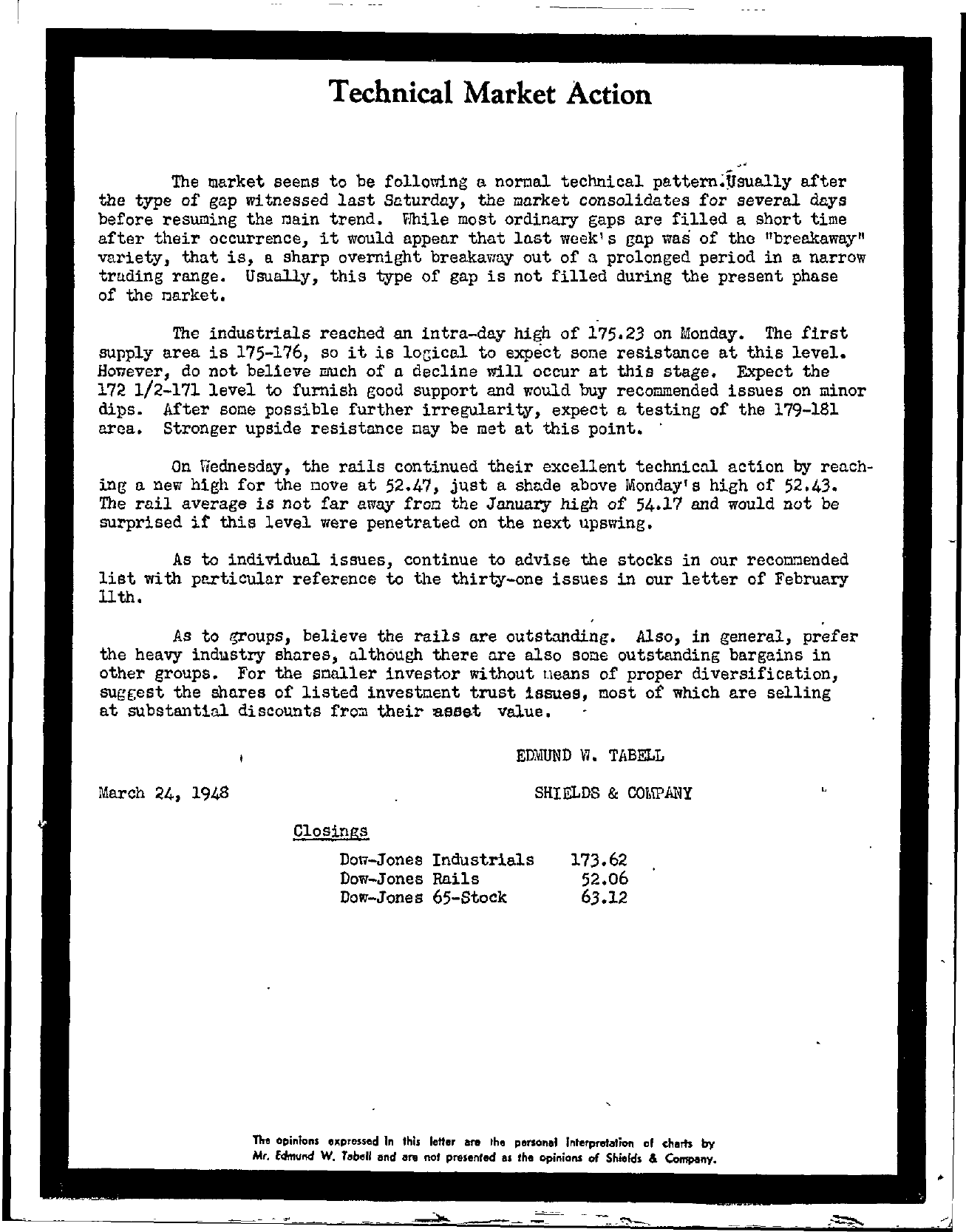 Technical Market Action The market sees to be following a noal technical pattern;sually after the type of gap witnessed last Saturday, the market consolidates for several days before resuming the oain trend. .lliile most ordinary gaps are filled a short time after their occurrence, it would appear that last week I s gap was of the breakaway variety, that is, a sharp overnight breakauay out of a prolonged period in a narrow trading range. Usually, this e of gap is not filled during the present phase of the oarket. The industrials reached an intra-day high of 175.23 on Monday. The first supply area is 175-176, so it is lOGical to expect sooe resistance at this level. Houever, do not believe much of a decline will occur at this stage. Expect the 172 1/2-171 level to furnish good support and would buy recommended issues on minor dips. After some possible further irregularity, expect a testing of the 179-181 area. Stronger upside resistance nay be met at this point. ' On ITednesday, the rails continued their excellent technical action by reaching a new high for the nove at 52.47, just a shade above Monday's high of 52.43. The rail average is not far away fron the January high of 54.17 and would not be surprised if this level were penetrated on the next upswing. As to individual issues, continue to advise the stocks in our recoomended list with particular reference to the thirty-one issues in our letter of February 11th. As to groups, believe the rails are outstanding. Also, in general, prefer the heavy industry shares, ulthough there ure also Sooe outstanding bargains in other groups. For the Iloaller investor without ueans of proper diversification, suggest the shares of listed investoent trust issues, nost of which are selling at substantial discounts fro! their 'asset value. March 24, 1948 EmlUND W. TABELL SRIELDS & COMPlINY Closings Don-Jones Industrials Dow-Jones Rails Dow-Jones 65-Stock 173.62 52.06 63.12 Tlte ODinlons upressed In this fotter ant the penonal Interpretation of charts by Mr. Edmund W. rabell and are nof presented as fhe opinions of Shields & Company. J