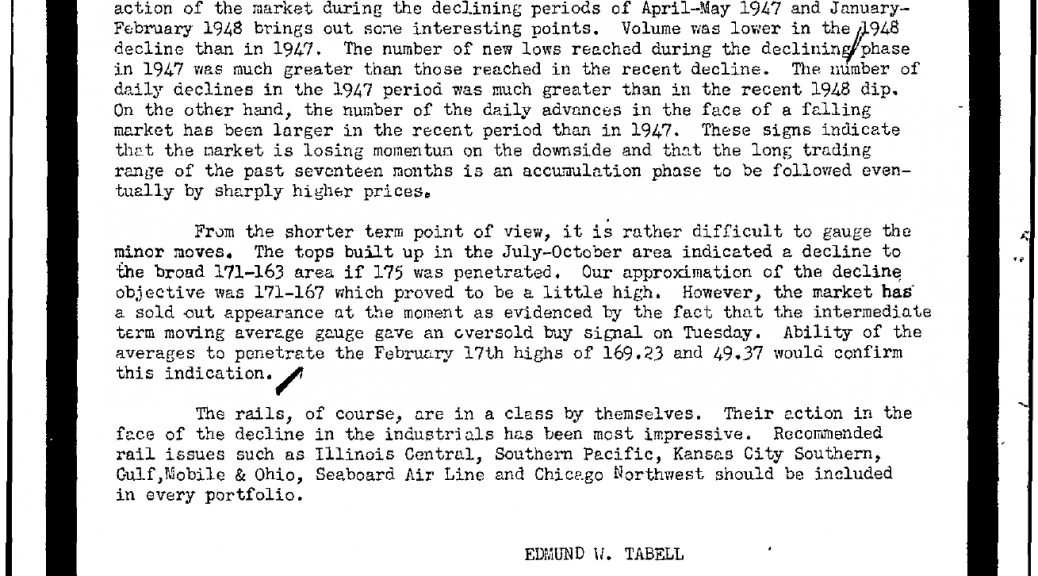 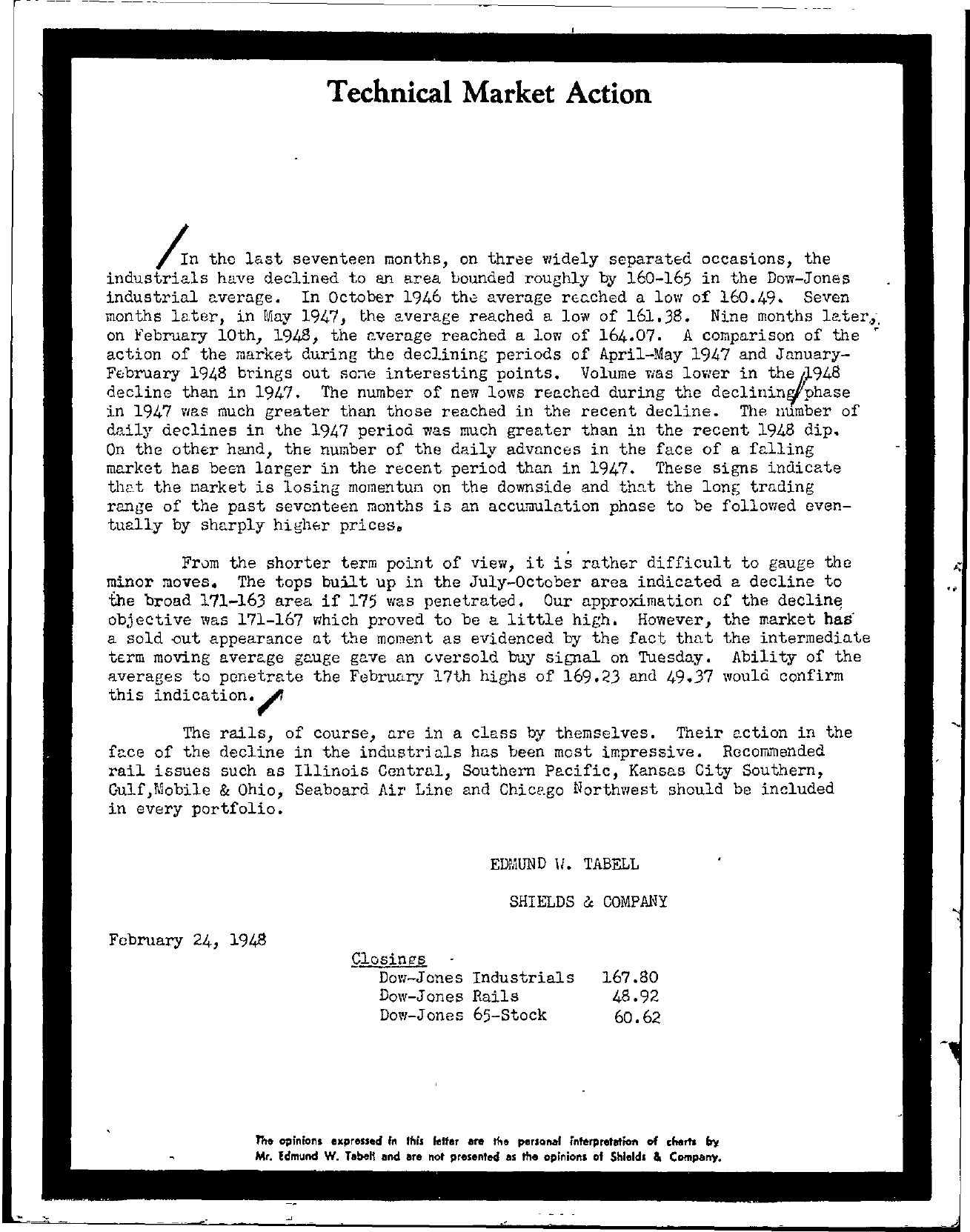 Technical Market Action /rn tho lc.st seventeen months, on three widely separate,d occasi.ons, the industrials have declined to an area bounded roughly by 160-165 in the Dow-Jones industrial average. In October 1946 the average rGcched a low of 160.49. Seven months later, in l'nay 1947, the average reached a low of 161.38. Nine months later, on february 10th, 1948, the average reached a low of 164.07. A comparison of the ' action of the market during the declining periods of April-May 1947 and January- February 1948 brinBs out 501e interesting points. Volume Vias lovler in the j/948 decline than in 1947. The number of new lows reached during the declininfhase in 1947 Vias much greater than those reached in the recent decline. The number of daily declines in the 1947 period was much greater than in the recent 1948 dip. On the other hand, the number of the daily advances in the face of a falling market has been larger in the recent period than in 1947. These signs indicate thd the narket is losing momenturl on the downside and thct the long trading range of the past seventeen months is an accumulation phase to be follov/ed eventually by sharply high6r prices. Frum the shorter term point of View, it is rathGr difficult to gauge the minor moves. The tops built up in the July-October area indicated a decline to the broad 171-163 area if 175 was penetrated. Our approximation of the declinEl ob,jective was 171-167 which proved to be a little high. However, the market has a sold ut appearance at the moment as eVidenced by the fact that the intermediate tarm moving average gauge gave an Gversold buy siQrral on Tuesday. Ability of the averages to penetrate the FebrullIJ 17th highs of 169.23 and 49.37 would confirm this indication. The rails, of course, are in a class by themselves. Their action in the face of the decline in the industrjals has been most impressive. RGcoended rail issues such as Illinois Central, Southern Pacific, Kansas City Southern, Gulf,Mobile & Ohio, Seaboard Air Line and Chice.go NorthVlest should be included in every portfolio. February 24, 1948 EDMUND \i. TABELL SHIELDS U COMPMY ylosini!s DOVl-Jones Industrials Dow-J ones Rails Dow-Jones 65-Stock 167.80 48.92 60.62 .. rho opinions expreued 'n .flis fetter are tfI& personal fnterpretatfon of cherts by Mr. Edmund w. rbe and are not presented as the opinions of Shields & Company. J.