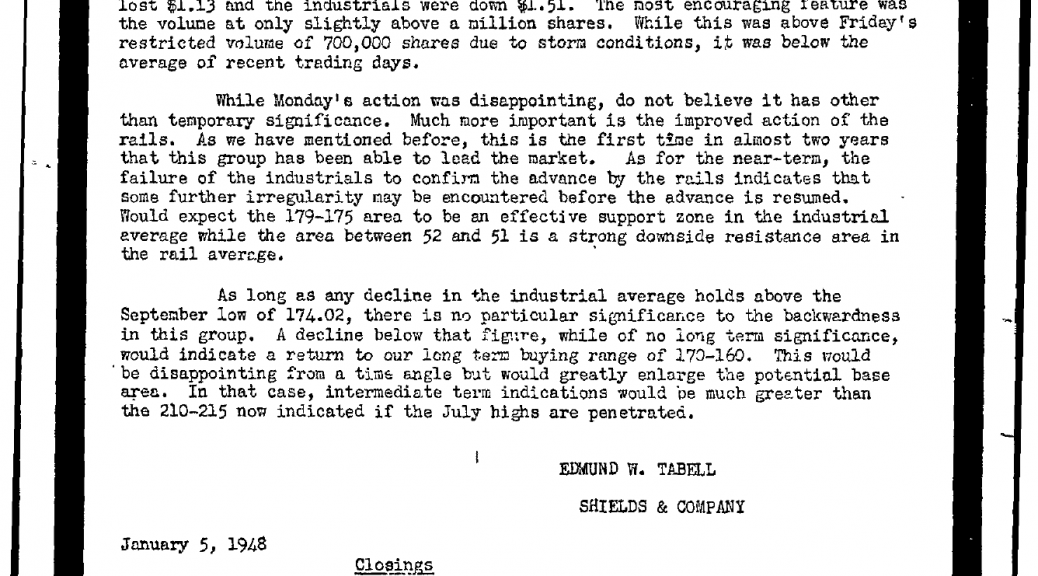 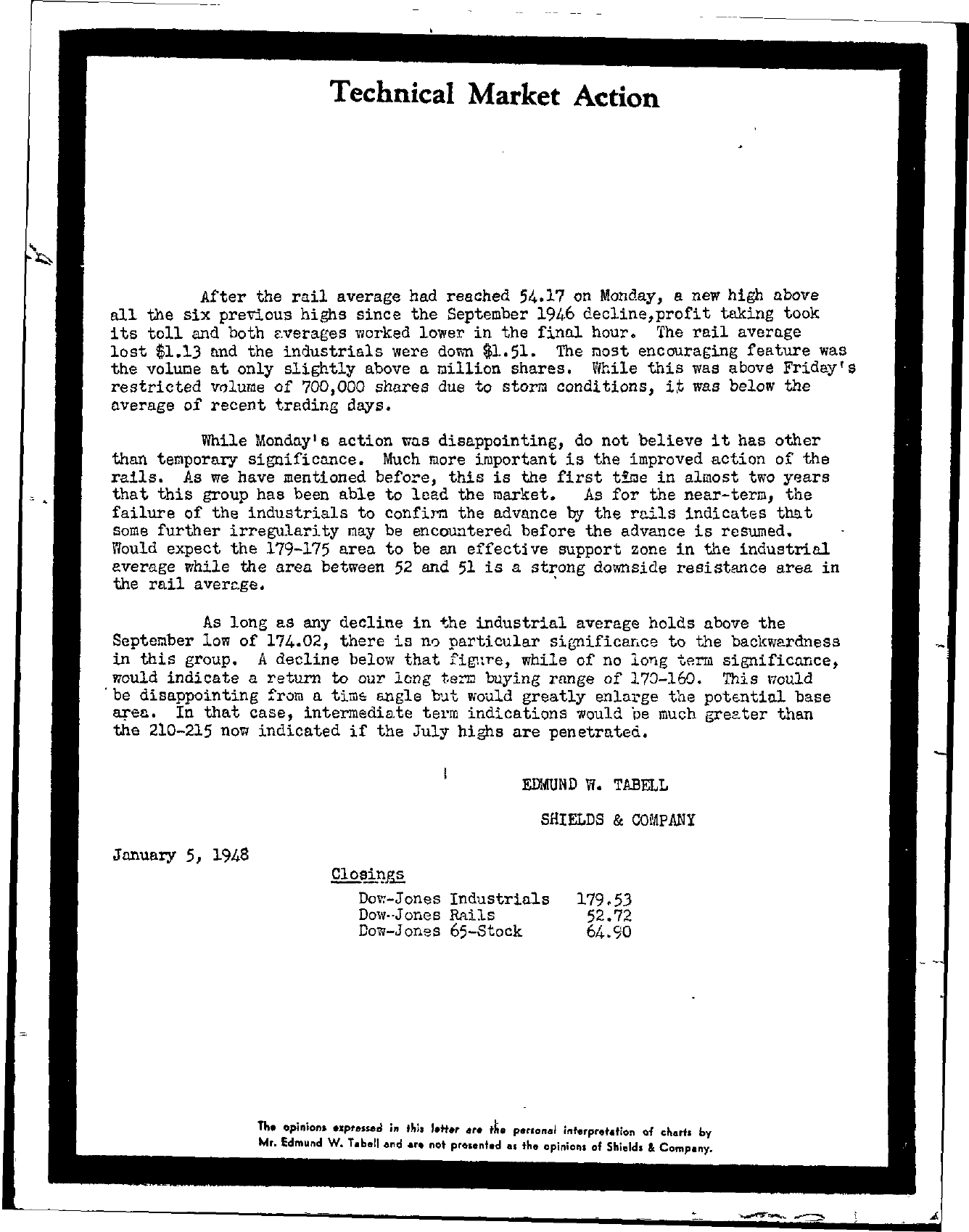 Technical Market Action After the rail average had reached 54.17 on Monday, a new high above all the six preVious highs since the September 1946 decline,profit taking took its toll and both .verages worked lower in the final hour. The rail average lost 1.13 and the industrials were down 1.51. The ost encouraging feature was the volume at only slightly above a million shares. Vfuile this was above Friday'S restricted volume of 700,000 shares due to storm conditions, it was below the average of recent trading days. While Mondny's action was disappointing, do not believe it has other than teporary significance. Much more important is the improved action of the rails. As we have mentioned before, this is the first time in almost two years that this group has been able to lead the market. As for the near-term, the failure of the industrials to confirn the advance by the rcils indicates that some further irregQlarity may be encou.tered before the advance is resumed. Would expect the 179-175 area to be an effective support zone in the industrial average while the area between 52 and 51 is a strong downside reSistance area in the rail averc.ge. . As long as any decline in the industrial average holds above the September low of 174.02, there is no particular sibificace to the backwardness in this group. A decline below that fignre, while of no long term significance, would indicate a return to our long t.erll buying range of 178-160. This \7ould 'be disappointing from a time angle Jt would greatly enlarge tae potential base arell. In that case, intermediate term indications would be much gre2.ter than the 210-215 now indicated if the July highs are penetrated. January 5, 1948 EDMUND W. TABELL SHIELDS & COMPANY lli.!!!!.. Doy.-Jones Industrials DowJones Rails Dow-Jones 65-Stock 179,53 52.72 64.90 Th. opinions exp,essed in this I.tt., IIr. the penoRal interpretafion 01 charis by Mr. Edmund W. Tabell and ar. not prosent.d 4S the opinions of Shield, & Company.