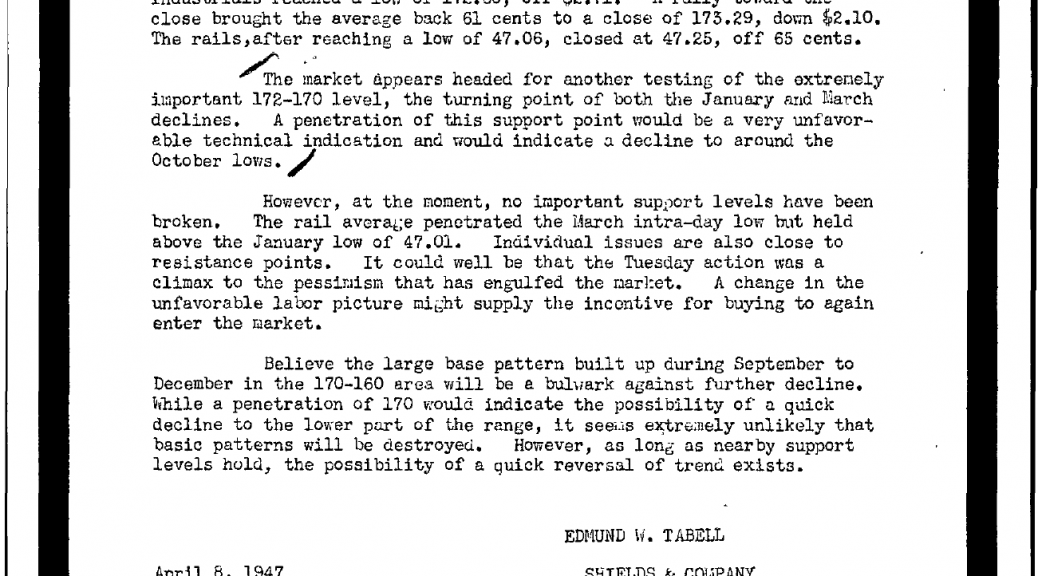 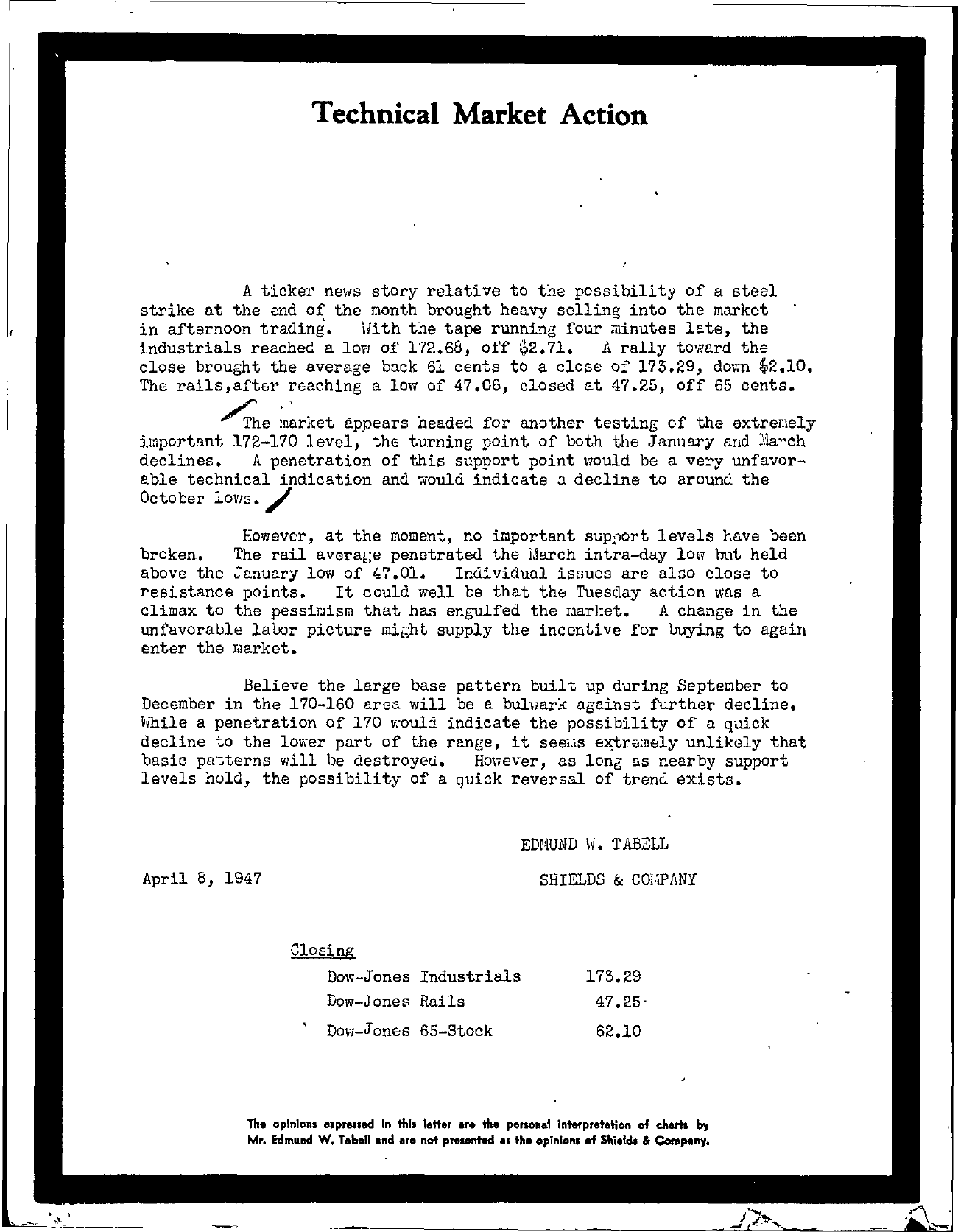 Technical Market Action A ticker nelis story relative to the possibility of a steel strike at the end of the nonth brought heavy selling into the market in afternoon trading. With the tape running four minutes late, the industrials reachec. a 10Vl of 172.68, off J2.71. A rally tOViard the close brought the average back 61 cents to a close of 173.29, dO\7n 2.10. The rai1s,after reaching a loVi of 47.06, closed at 47.25, off 65 cents. e ;nrket appears headed for another testing of the extrene1y important 172-170 level, the turning point of both the January Ilnd l1at'ch declines. A penetration of this support point would be a very unfavorable technical indication and Vlould indicate a decline to around the October 10Vis. / However, at the moment, no important support levels have been broken. The rail averat;e penetrated the March intra-day low but held above the January low of 47.01. Individual issues are also close to resistance points. It could well be that thr, Tuesday action was a climax to the pessit.ism that has engulfed the rlarJet. A change in the unfavorable labor picture mi;;ht supply the incentive for buying to again enter the market. Believe the large base pattGrn built up during Septenber to December in the 170-160 area will be a bul\iark against further decline. lihile a penetration of 170 would indicate the possibility of a quick decline to the lower part of the range, it seeiiS elStr,,;nely unlikely that basic patterns will be destroyed. However, as Ion,; as nearby support levels hold, the possibility of a quick reversal of trend exists. April 8, 1947 EmmND Ii. TABELL SHIELDS & COiPANY Closing Dow-Jones Industrials Dow-Jone Rails Dow-Jone,s 65-Stock 173.29 47.25- 62.10 Th. opinions esP,.sed in this letter …. the persona' interpretation of charta by Mr. Edmund W. T.ben and ar. not presented the opinions' Shi.ld, & eomINny.