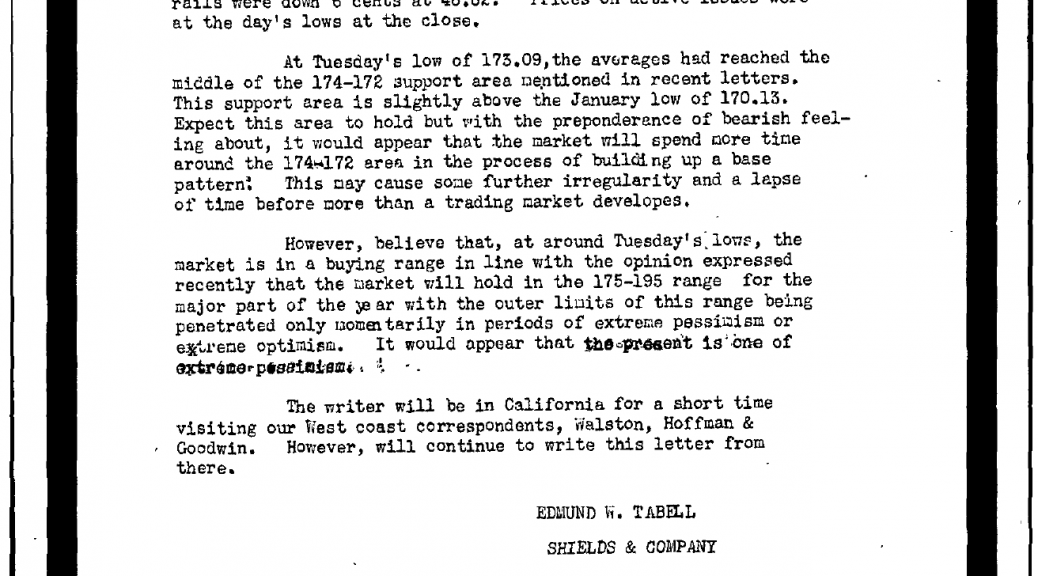 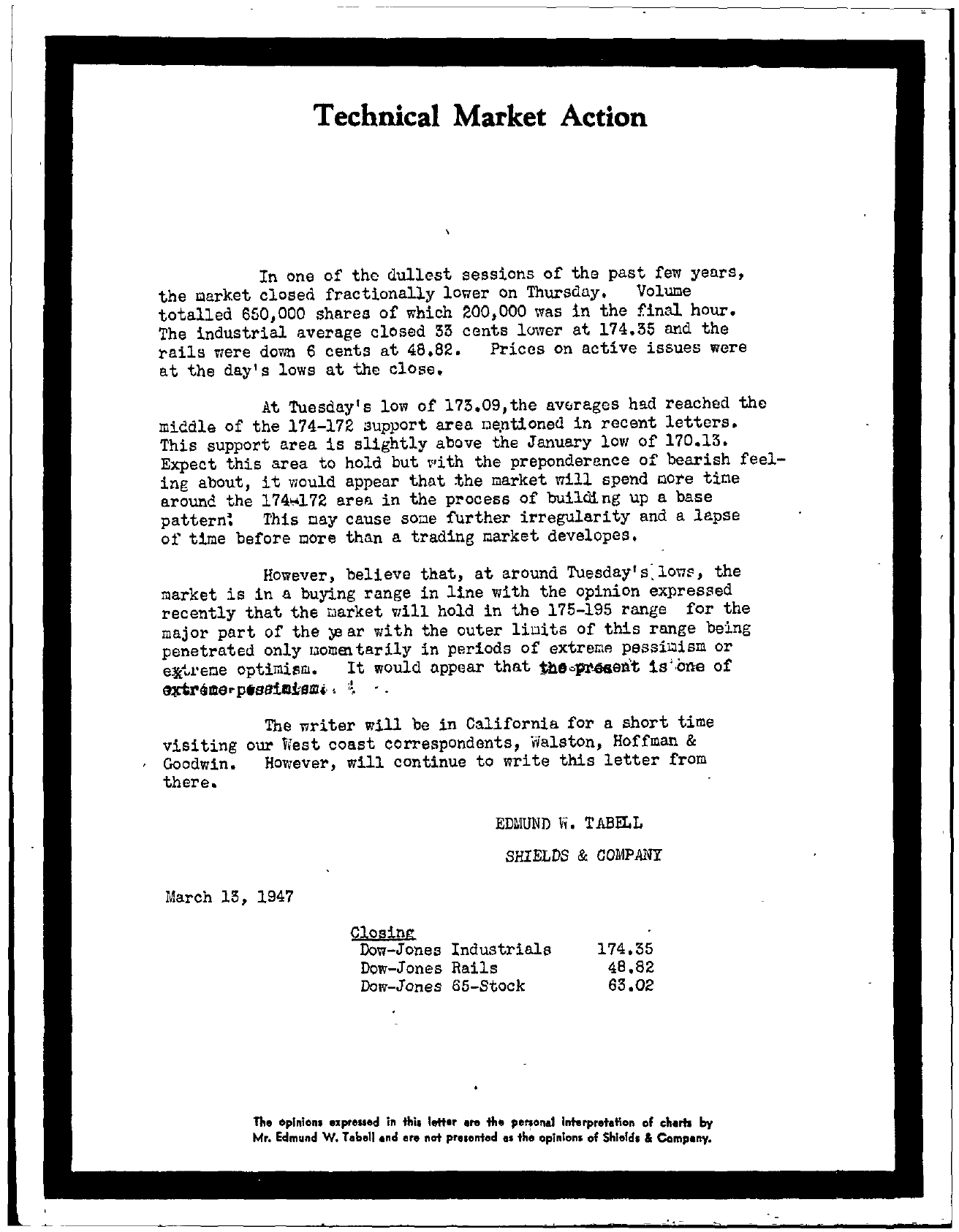 Technical Market Action In one of tho dullest sessions of the past few years, the market closed fractionally louer on Thursday. Volume totalled 650,000 shares of which 200,000 was in the f.inal hour. The industrial average closed 55 cents lower at 174.55 and the rails vlere down 6 cents at 48.82. Prices on active issues were at the day's lows at tho close. At Tuesday's low of 175.09,the avrages had reached the middle of the 174-172 support area oe,ntioned in recent letters. This support area is slightly above the January low of 170.15. Expect this area to hold but r'ith the preponderance of bearish feeling about, it would appear that the market nill spend core title around the 174l72 area in the process of building up a base pattern! This cay cause sooe further irregularity end a lapse of time before more than a trading market developes. However, believe that, at around Tuesday'sloue, the market is in a buying range in line with the opinion expressed recently that the oarket will hold in the 175-195 range for the maj or part of the lP ar Viith the outer lioits of this range being penetrated only IJomen tarily in periods of extremA pessicism or efvl'ene optimism. It would nppear that theopr.ae.en't is' ,One of r6l1ler p.seillismi !, The writer will be in California for a short time visiting our Vlest coast correspondents, Walston, Hoffman & Goodwin. However, will continue to write this letter from there. EDMUND Vi. TABELL SHIELDS & COMPANY March 15, 1947 Closing Dow-Jones Industrials Dow-Jones Rails Dow-Jones 65-Stock 174.55 48.82 65.02 The opinionpressed in this lette, ere the personal Interpretation of charts by a.Mr. Edmund W. Tabell and ere not pr..ented the opinions of Shields & Campeny.