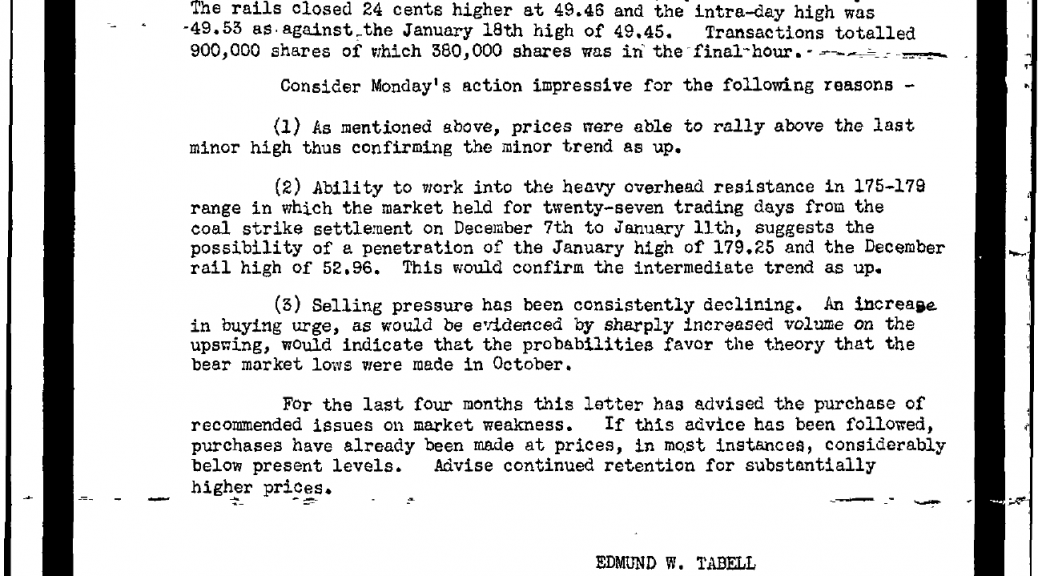 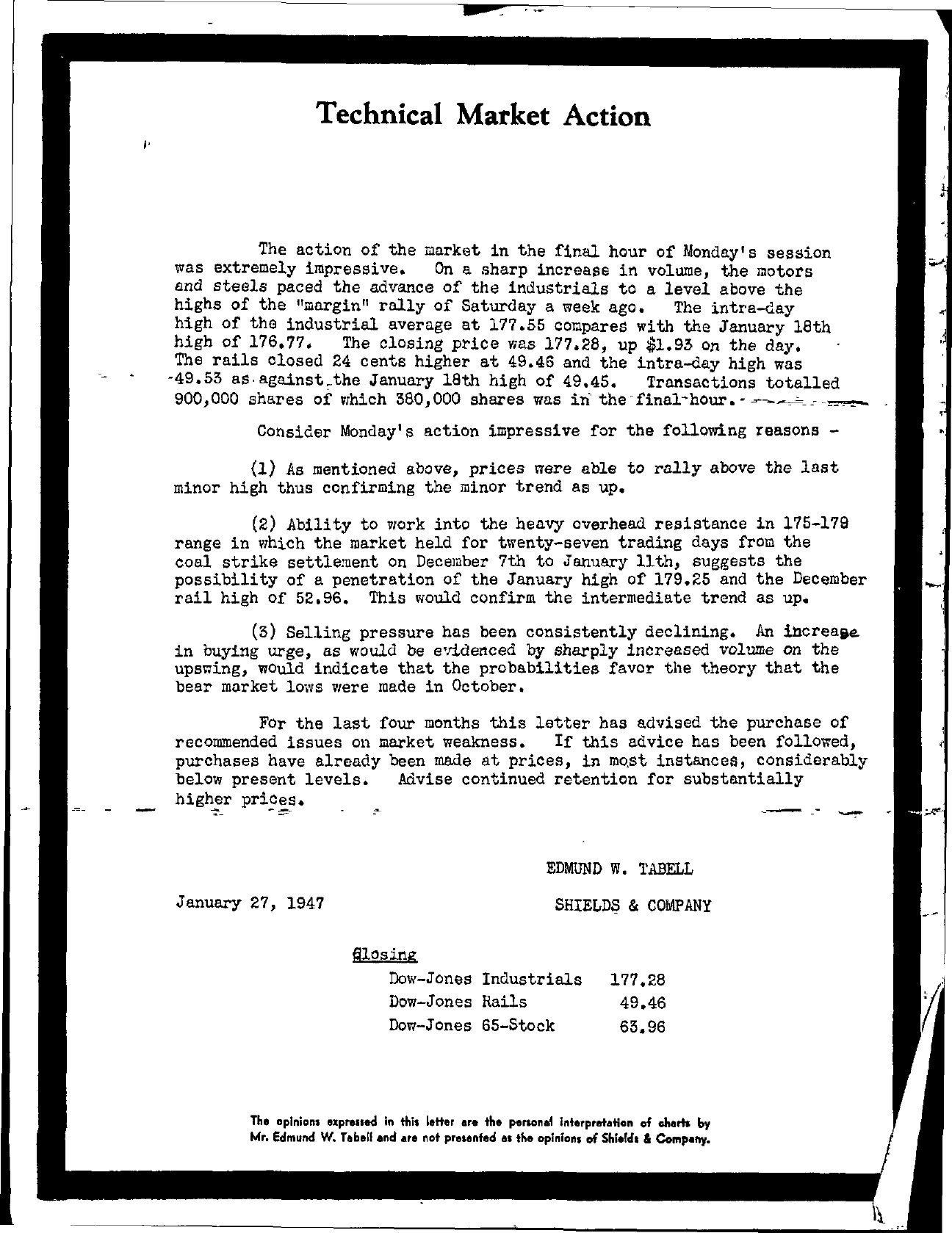 Technical Market Action The action of the market in the final hour of Monday's session was extremely impressive. On a sharp increase in volume, the motors and steels paced the advance of the industrials to a level above the highs of the margin rally of Saturday a week ago. The intra-day high of the industrial average at 177.55 compares with the January 18th high of 176.77. The closing price was 177.28, up 1.93 on the day. The rails closed 24 cents higher at 49.46 and the intra-day high was -49.55 as.against,the January 18th high of 49.45. Transactions totalled 900,000 shares of vlhich 580,000 shares VIas in the -final' hour. – –; – Consider Monday's action impressive for the following reasons – (1) As mentioned above, prices were able to rally above the last minor high thus confirming the minor trend as up. (2) Ability to vlork into the heavy overhead resistance in 175-179 range in which the market held for twenty-seven trading days from the coal strike settlement on December 7th to January 11th, suggests the possibility of a penetration of the January high of 179.25 and the December rail high of 52.96. This would confirm the intermediate trend as up. (5) Selling pressure has been conSistently declining. An lncreae in buying urge, as would be evidenced by sharply increased volume on the upswing, WOuld indicate that the probabilities favor the theory that the bear market lows were made in October. For the last four months this letter has advised the purchase of recommended issues on market weakness. If this advice has been followed, purchases have already been made at prices, in mQst instances, considerably below present levels. Advise continued retention for substantially higher priCes. – – – — January 27, 1947 EDMUND W. TABELL SHIELDS & COMPANY losing Dow-Jones Industrials Dow-Jones Rails Dow-Jones 65-Stock 177.28 49.46 65.96 The opInions &lpf'NSeO in this letter ere the personat interpretation of cham by Mr. Edmund W. TebeU end .re not presented 8S the opinions of Shi.td, , Company.