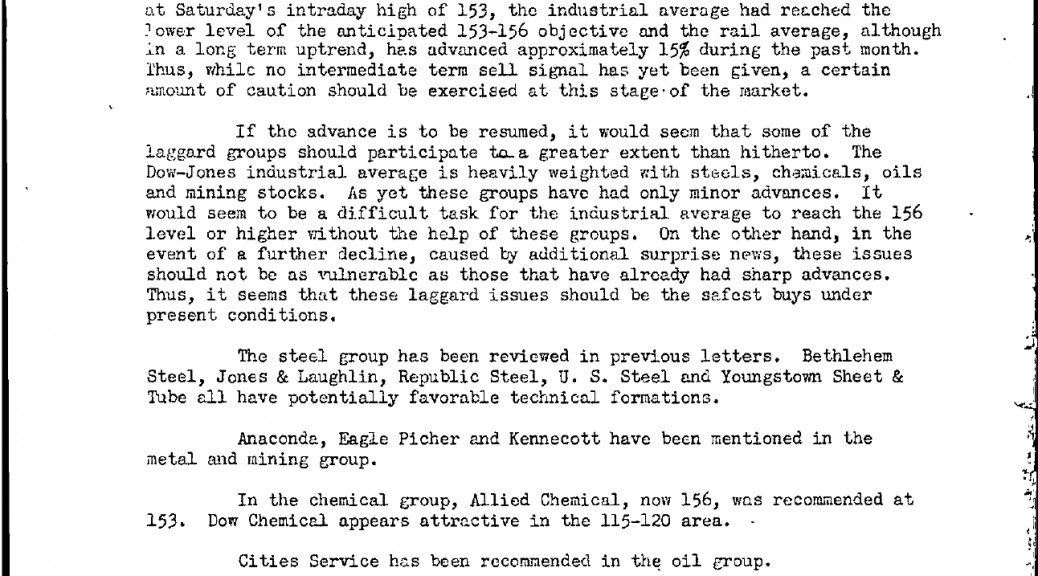 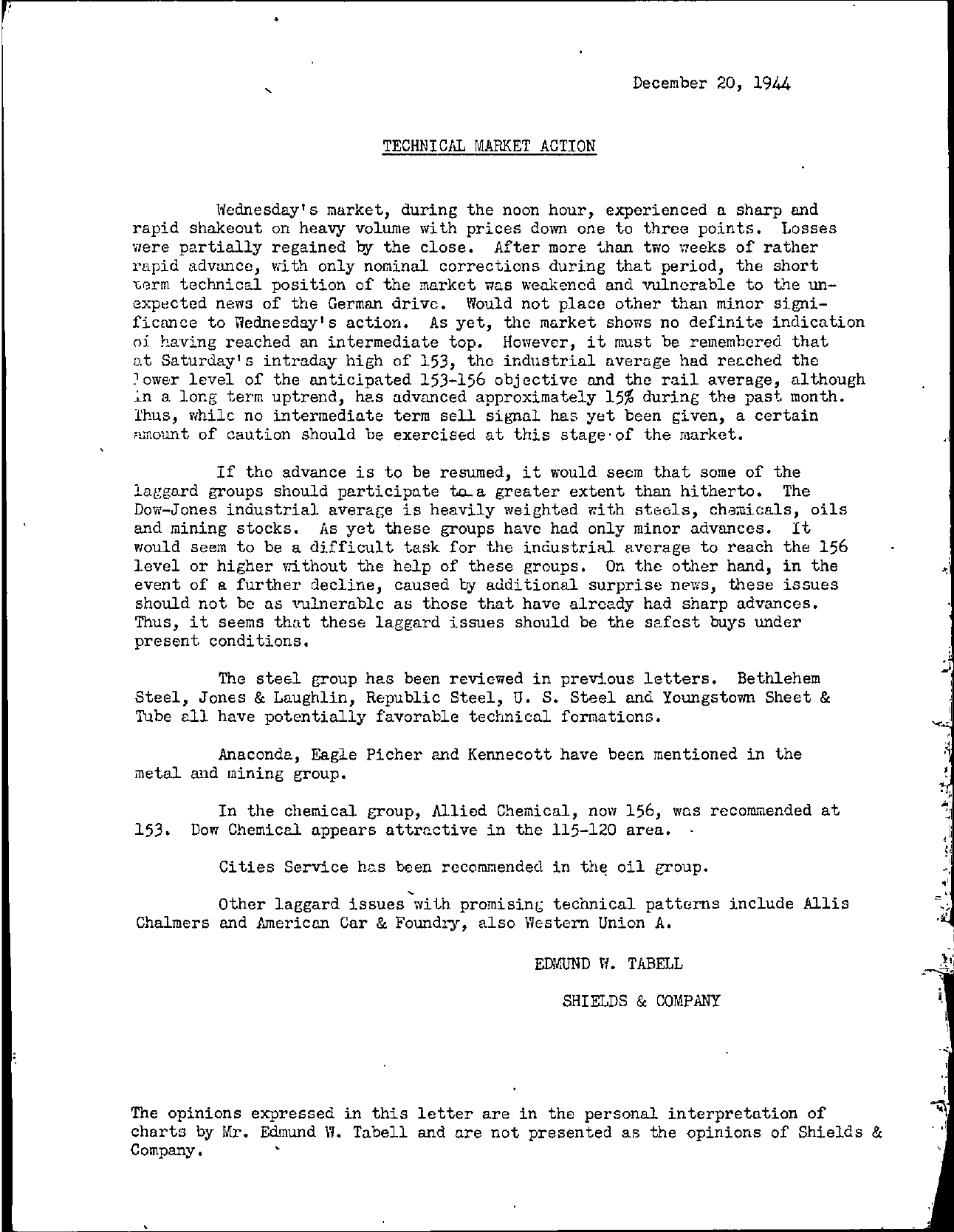 December 20, 1944 TECHNICAL MARKET ACTION Wednesday's market, during the noon hour, experienced a sharp and rapid shakeout on heavy volume with prices down one to three points. Losses Here partially regained by the close. After more than two .7eeks of rather rapid advill1ce, with only nominal corrections during that period, the short c8rm technical position of the market was weakened and vulnerable to unexpected news of the German drive. Would not place other than minor significru1ce to Wednesday's action. As yet, the market shows no definite indication of having reached an intermediate top. However, it must be remembered that Let Saturday's intraday high of 153, the industrial average had reached the lower level of the anticipated 153-156 objective and the rail average, although 'in a long term uptrend, has advanced approximately 15 during the past month. Thus, while no intermediate term sell signal has yet been given, a certain of caution should be exercised at this stage of the market. If the advance is to be resumed, it would seem that some of the laggard groups should participate to a greater extent than hitherto. The Dow-Jones industrial average is heavily weighted with steels, chemicals, oils and mining stocks. As yet these groups have had only minor advances. It would seem to be a difficult task for the industrial average to reach the 156 level or higher without the help of these groups. On the other hand, in the event of a further decline, caused by additional surprise news, these issues should not be as as those that have already had sharp advances. Thus, it seems that these laggard issues should be the buys under present conditions. The steel group has been reviewed in previous letters. Bethlehem Steel, Jones & Laughlin, Republic Steel, U. S. Steel and Youngstown Sheet & Tube all have potentially favorable technical formations. Anaconda, Eagle Picher and Kennecott have been mentioned in the metal and mining group. In the chemical group, Allied Chemical, now 156, was recommended at 153. Dow Chemical appears attractive in the 115-120 area. Cities Service has been recommended in oil group. Other laggard issues with promising technical patterns include Allis Chalmers and American Car & Foundry, also Western Union A. EDMUND W. TABELL SHIELDS & COMPANY The opinions expressed in this letter are in the personal interpretation of charts by Mr. Edmund W. Tabell and are not presented as the opinions of Shields & Company.