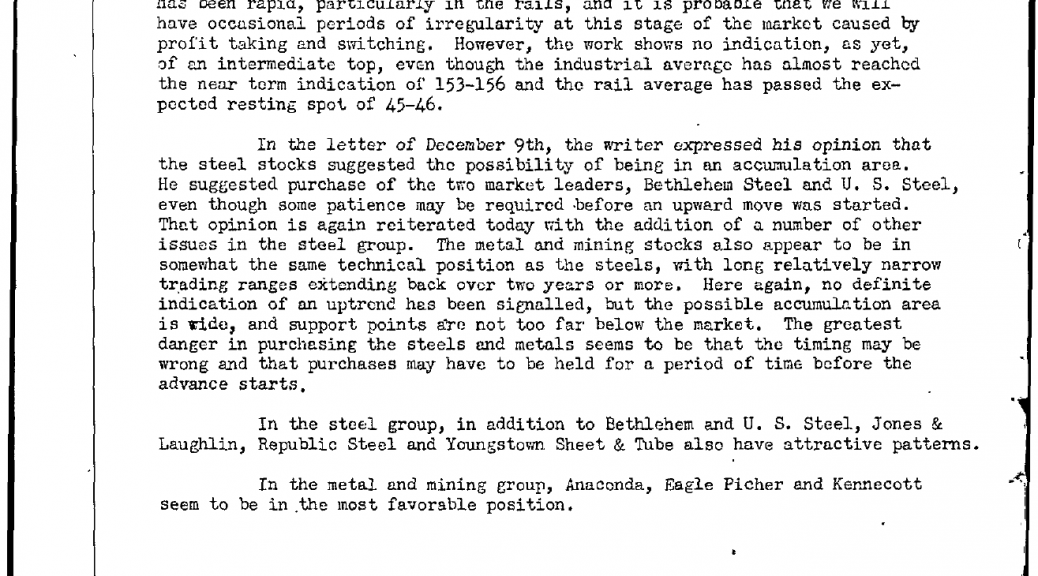 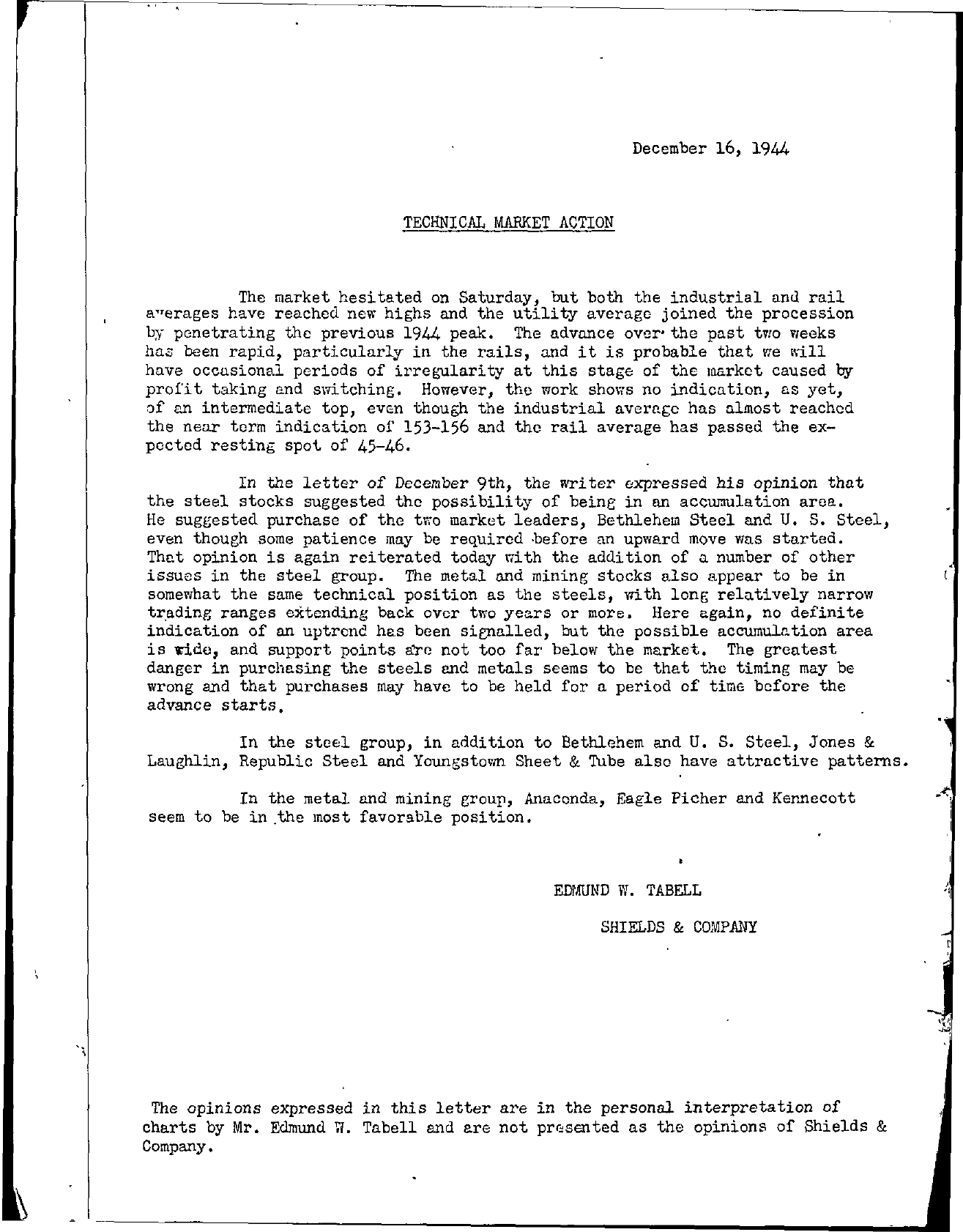 December 16, 1944 TECHNICAL MARKET ACTION The market hesitated on Saturday, but both the industrial and rail averages have reached new highs and the utility average joined the procession by penetrating the previous 1944 peak. The advance over the past two weeks has been rapid, particularly in the rails, and it is probable that we will have occasional periods of irregularity at this stage of the market caused by profit taking and switching. However, the work shol7s no indication, as yet, of an intermediate top, even though the industrial average has almost reached the near term indication of 153-156 and the rail average has passed the expected resting spot of 45-46. In the letter of December 9th, the writer expressed his op1n10n that the steel stocks suggested the possibility of being in an accumulation area. He suggested purchase of the two market leaders, Bethlehem Steel and U. S. Steel, even though some patience may be required before an upward move was started. That opinion is again reiterated today with the addition of a number of other issues in the steel group. The metal and mining stocks also appear to be in somewhat the same technical position as the steels, with long relatively narrow trading ranges extending back Over two years or more. Here again, no definite indication of an uptrend has been signalled, but the possible accumulation area is wide, and support points arc not too far below the market. The greatest danger in purchasing the steels and metals seems to be that the timing may be wrong and that purchases may have to be held for a period of time before the advance starts. In the steel group, in addition to Bethlehem and U. S. Steel, Jones & Laughlin, Republic Steel and Youngstown Sheet & lube also have attractive patterns. In the metal and mining group, Anaconda, Eagle Picher and Kennecott seem to be in the most favorable position. EDMUND W. TABELL SHIELDS & COMPANY The opinions expressed in this letter are in the personal interpretation of charts by Mr. Edmund W. Tabell and are not pr8sented as the opinions of Shields & Company.