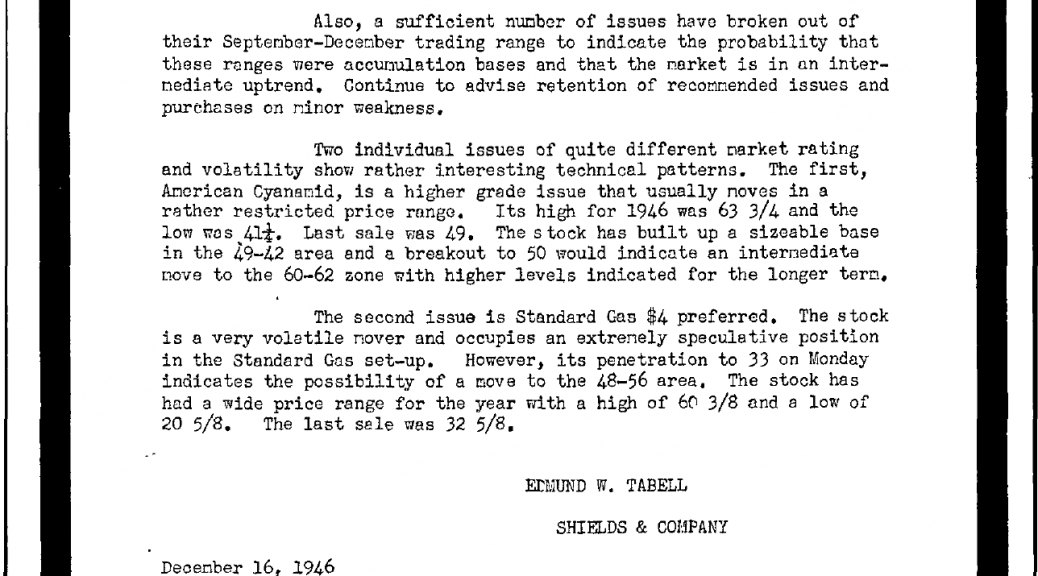 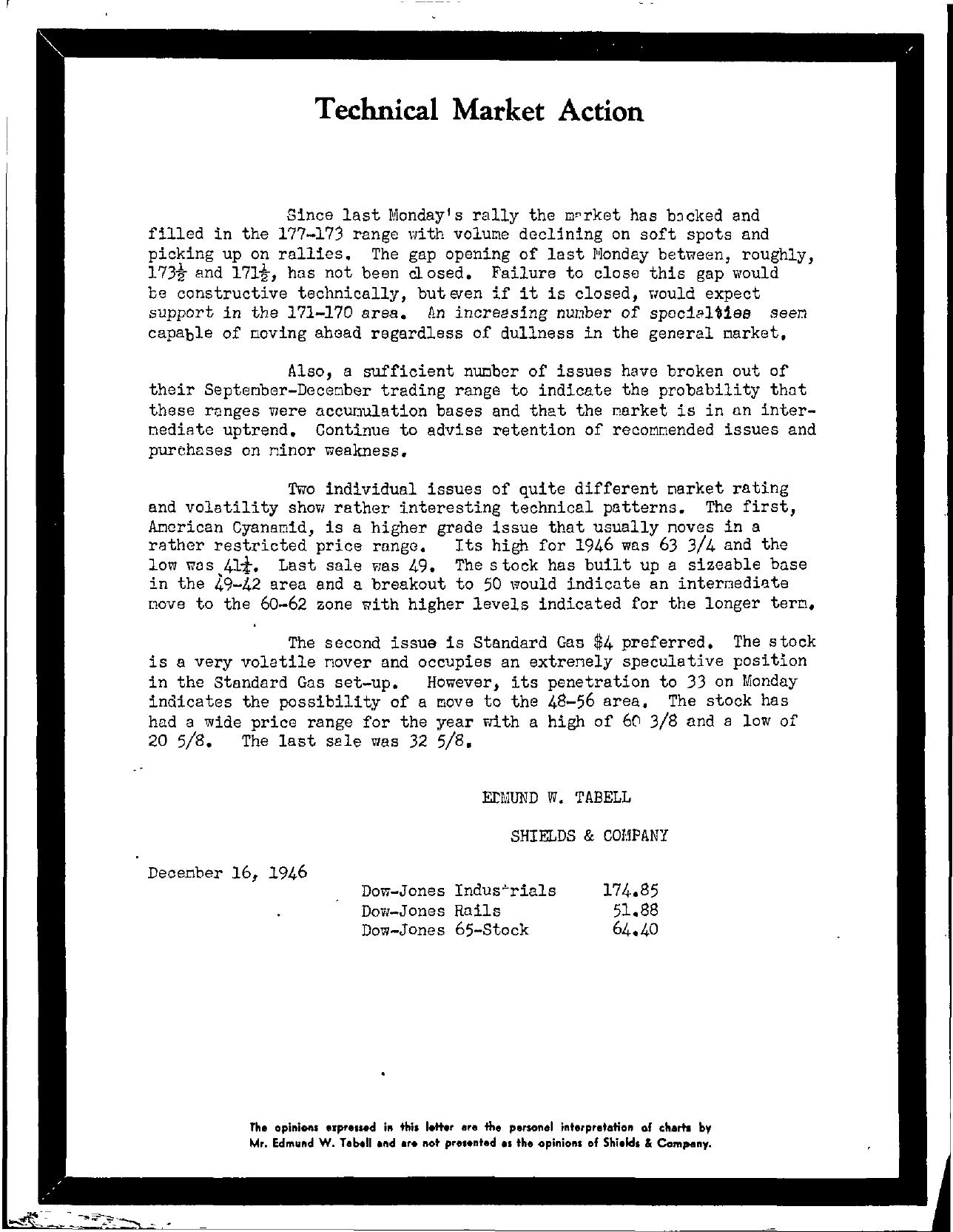 Technical Market Action Since last Mondayls rally the morket has and filled in the 177-173 range with volume declining on soft spots and picking up on rallies. The gap opening of last Ionday between, roughly, 173t and l7lt, has not been Closed. Failure to close this gap would be constructive technically, bute.ren if it is closed, 'Quld expect support in the 171-170 area. An increasing nunber of seen capable of moving ahead regardless of dullness in the general oarket. Also, a sufficient nunber of issues have broken out of their Septenber-Decenber trading range to indicate the probability that these ranges were accunulation bases and that the market is in an inter- nediate uptrend. Continue to advise retention of issues and purchases on ninor weakness. Two individual issues of quite different narket rating and volatility sho'l rather interesting technical patterns. The first, American Cyanamid, is a higher grade issue that usually noves in a rather restricted price range. Its high for 1946 was 63 3/4 and the low wos 4lt. Last sale Bas 49. The stock has built up a sizeable base in the 49-42 area and a breakout to 50 would indicate an intermediate move to the 60-62 zone with higher levels indicated for the longer tern. The second issue is Standard Gas 4 preferred. The stock is a very volatile nover and occupies an extrenely speculative position in the Standard Gas set-up. However, its penetration to 33 on Monday indicates the possibility of a to the 48-56 area. The stock has had a wide price range for the year with a high of 60 3/8 and a low of 20 5/8. The last sele was 32 5/8. Decenber 16, 1946 ErMUND W. TABELL SHIELDS & COI.!PANY Dow-Jones Indusrials Dow-Jones Rails Dow-Jones 65-Stock 174.85 51.88 64.40 .t.Th. opiniOlU .Ip'….d ill this ,…., are the persona' interpretation of charts by Mr. Edmund W. Tab.1I end not pre.ented 8' the opinion, of Shields & Company.