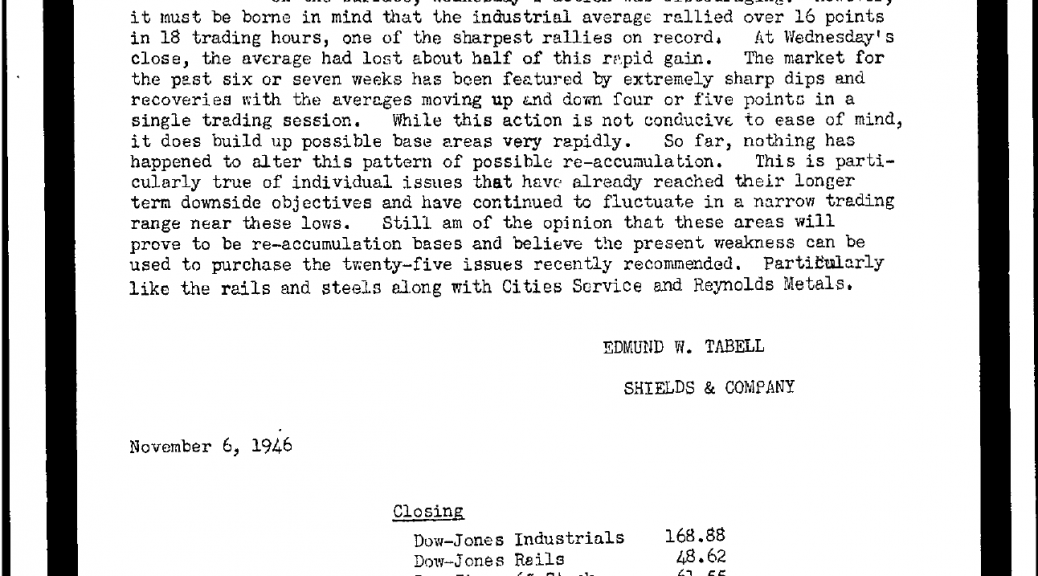 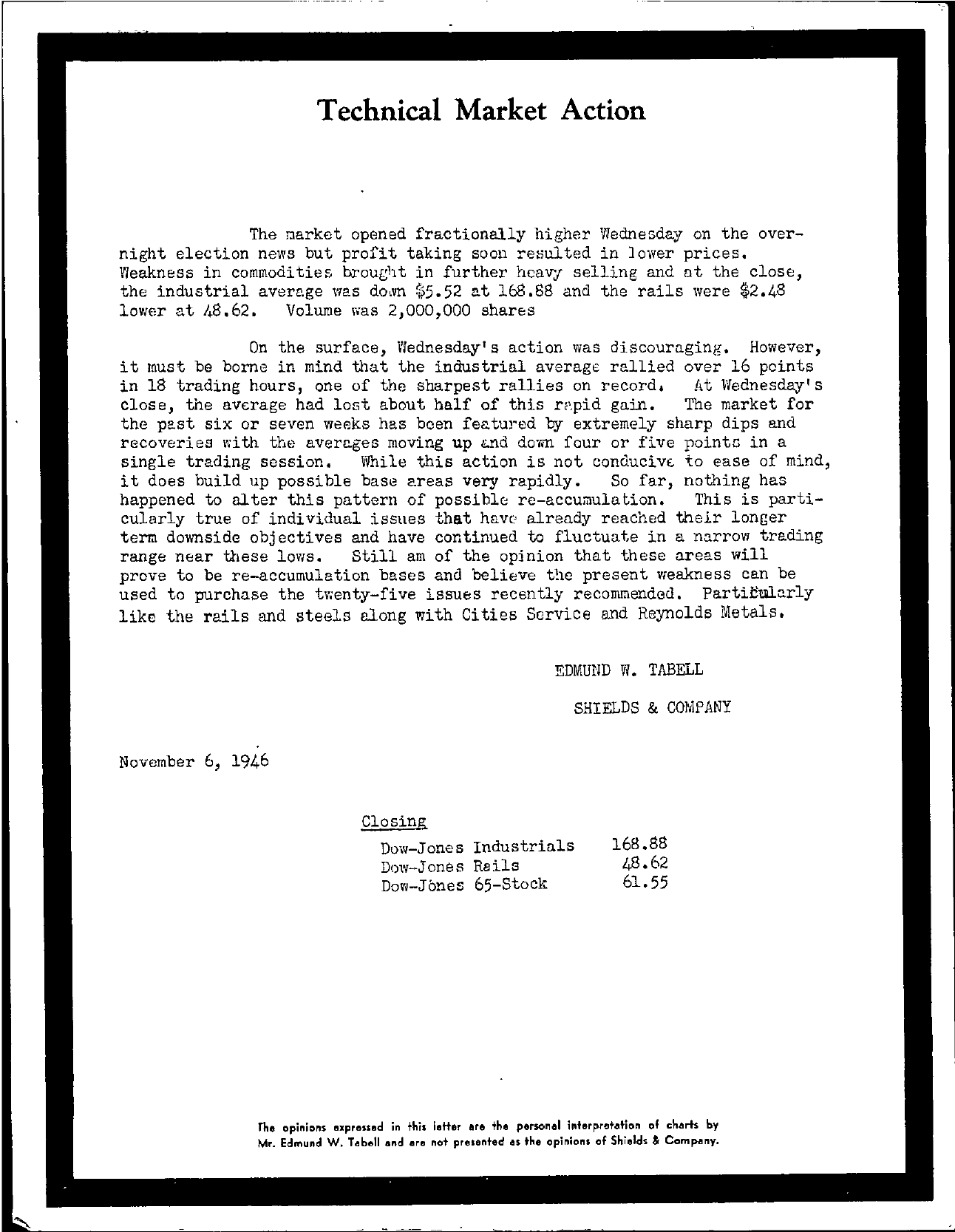 Technical Market Action The oarket opened fractionally higher Wednesday on the over- night election news but profit taking soon in lower prices. Vleakness in commodities broug11t in further hcaV'J selling and ot the close, the industrial was do.vn 5.52 at 168.88 and the rails were 2.48 lower at 1.8.62. Volume was 2,000,000 shares On the surface, Wednesday's action was discouraging. However, it must be borne in mind that the industrial average rallied over 16 points in 1 trading hours, one of the sharpest rallies on record. At Wednesday's close, the average had lost about half of this rf'.pid gain. The market for the past six or seven weeks has been felO.tured by extremely sharp dips and recoveries with the averlO.ges moving up li.nd dOm four or five pointn in a single trading session. While this action is not conducivE. to ease of mind, i t does build up possible base areas very rapidly. So far, nothing has happened to alter this pattern of possible re-accumulation. This is parti- cularly true of individual issues that hlO.vC' already reached their longer term downside objectives and have continued to fluctuate in a na.rroVi trading range near these lovls. Still am of the opinion that these areas will prove to be re-accumulation bases and believe t!1e present weakness can be used to purchase the twenty-five issues recently recommended. Particu.a.rly like the rails and steels along with Cities Service and Reynolds Metals. EDMUND W. TABELL SHIELDS & COMPANY November 6, 1946 Closing Dow-Jones Industrials Dow-Jones Rails Dow-Jones 65-Stock 168.88 LJ3.62 61.55 The opinions expressed in this letter are the personal interpretation of charts by Mr. Edmund W. Tabel! and are net presented as the opinions of Shields & Company