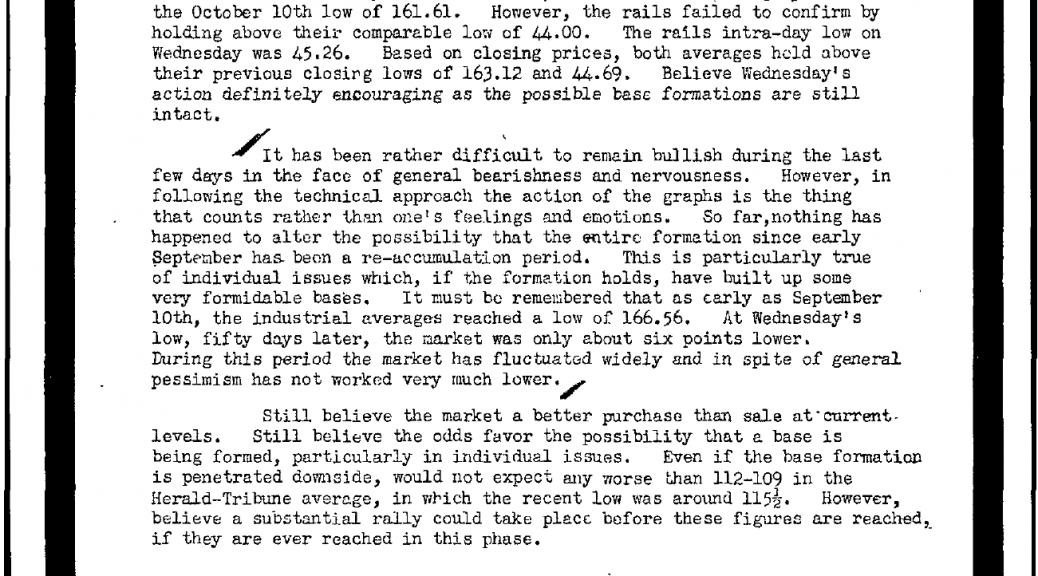 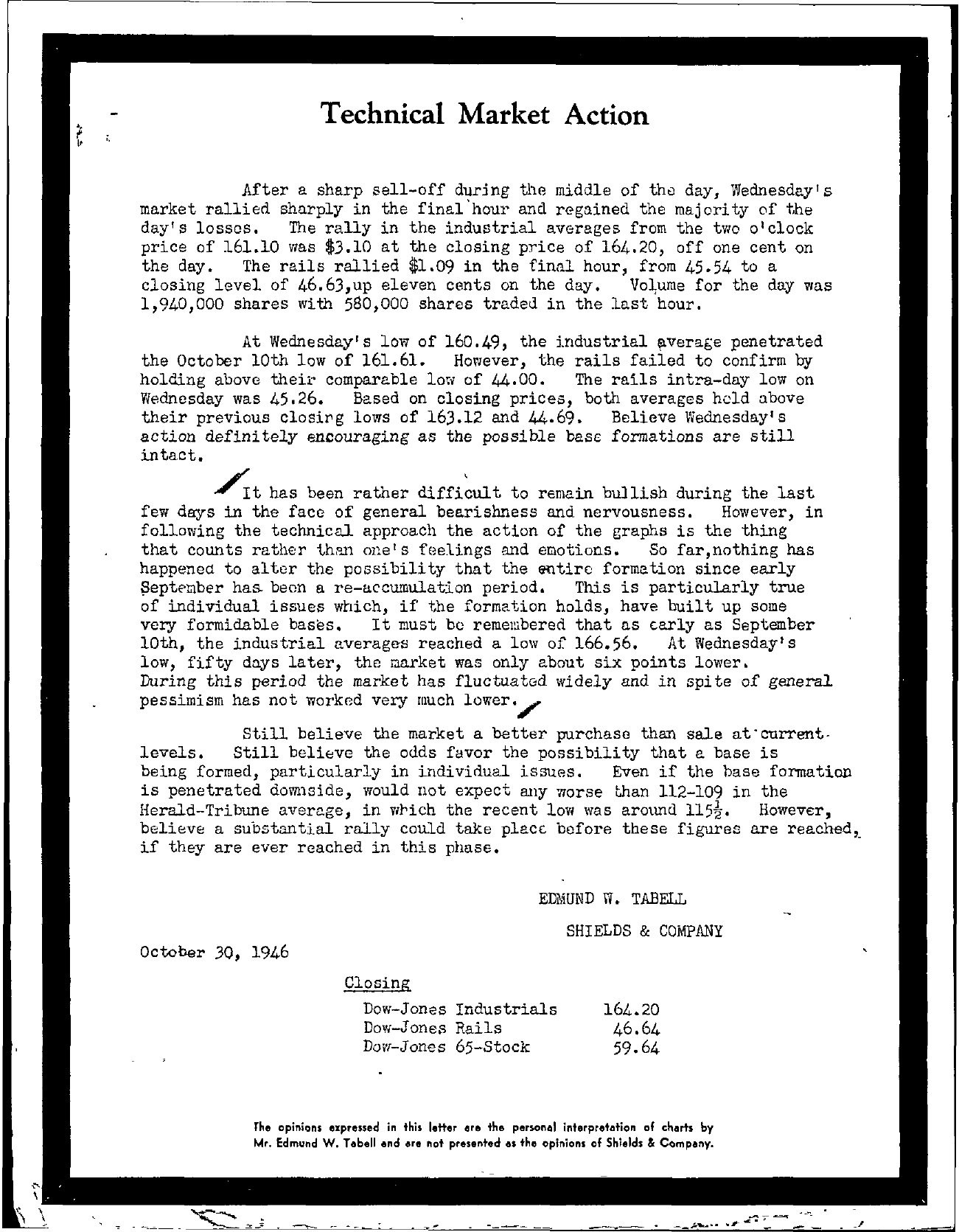 Technical Market Action After a sharp sell-off durjng tile middle of th8 day, Wednesday's market rallied sharply in the final'hour and regained the majority of the day's losses. The rally in the industrial averages from the two a' clock price of 161.10 Vias 3.10 at the closing price of 164.20, off one cent on the day. The rails rallied 1.09 in the final hour, from 45.54 to a closing level of 46.63,up eleven cents on the day. for the day was 1,940,000 shares with 580,000 shares traded in the last hour. At Wednesday's low of 160.49, the industrial !lVerage penetrated the October lOth low of 161.61. However, the rails failed to confirm by holding above theil' comparable low of 44.00. The rails intra-day Iowan Wednesday was 45.26. Based on closing prices, both averages held above their previous lows of 16).12 and 44.69. Believe Wednesday's action definitely encouraging as the possible base formations are still intact. /rt has been rather difficult to remain bullish during the last few days in the face of general bearishness and nervousness. However, in following the technical approach the action of the graphs is the thing that counts rather than one's feelings and emotions. So far,nothing has happened to alter the possibility that the formation since early has been a re-accumulation period. This is particularly true of individual issues which, if the formation holds, have built up some very formidable bases. It must bo remembered that as early as September lOth, the industrial averages reached a low of 166.56. At Wednesday's low, fifty days later, the was only about six points lower. During this period the market has fluctuated widely and in spite of general peSSimism has not worked very much lower./, Still believe tile market a better purchase than sale at current levels. Still the odds favor the possibility that a base is being formed, particularly in individual issues. Even if the base formation is penetrated dovmside, would not expect ally worse t.han 112-109 in the Herald-Tribune average, in wrich the recent 10Vi was arolmd However, believe a substantial rally could take place before these figures are reached,. if they are ever reached in this phase. October 30, 1946 EDMUND IV. TABELL SHIELDS & COMPANY Closing DOVi-Jones Industrials Dow-Jones Rails Davt-Jones 65-Stock 164.20 46.64 59.64 The opinions in this letter ere the perM)n61 interpretation of charts by Mr. Edmund W. Tabell and are not presented as the opinions of Shields & Company.