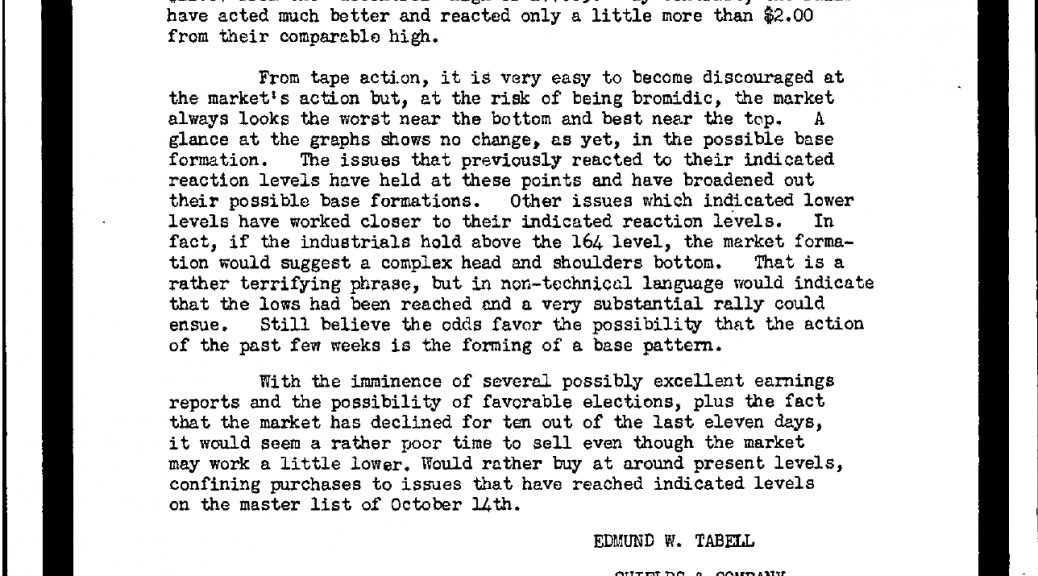 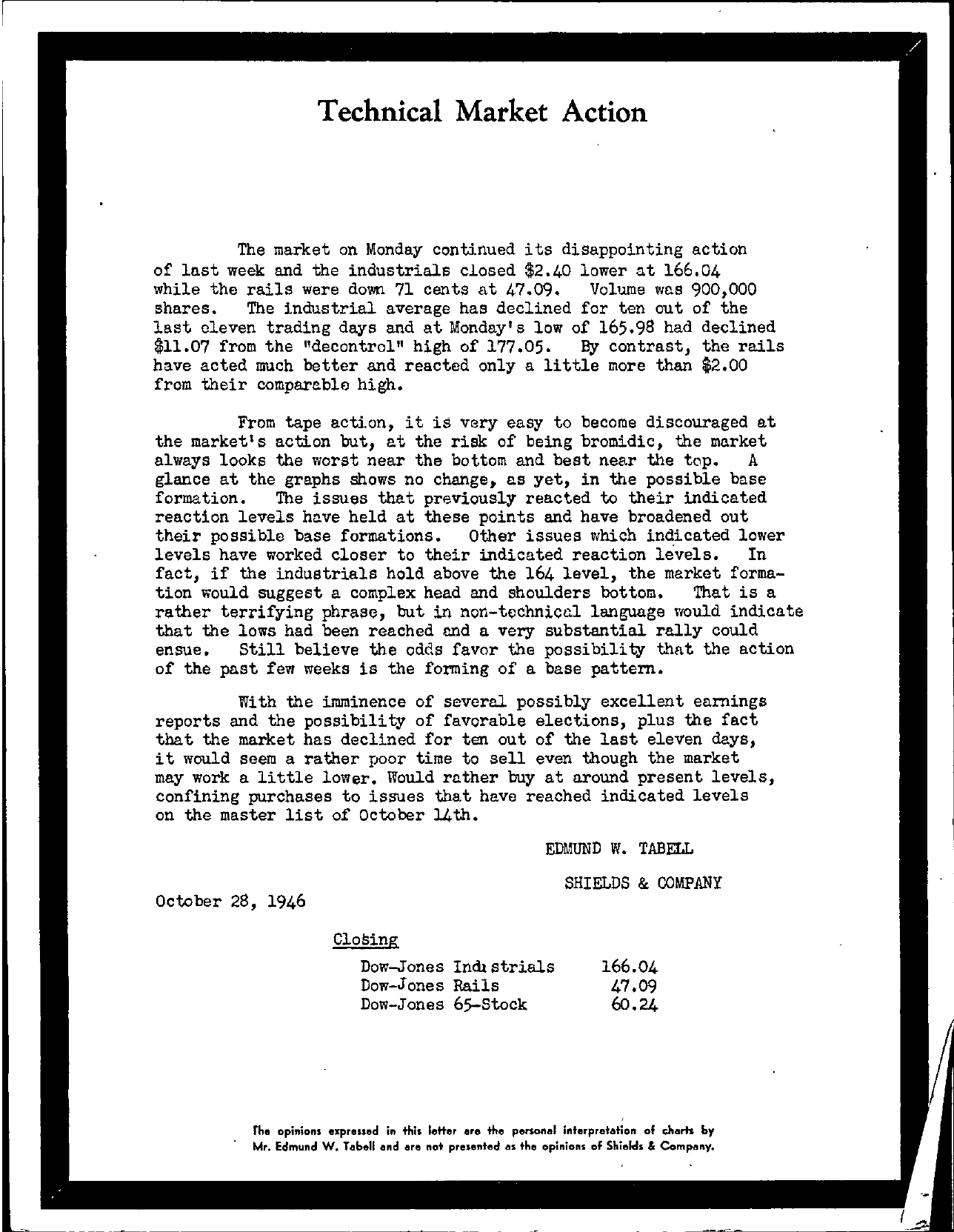 Technical Market Action The market on Monday continued its disappointing action of last week and the industrials closed 2.40 lower at 166.04 while the rails were down 71 cents at 47.09. Volume was 900,000 shares. The industrial average has declined for ten out of the last cleven trading days and at Monday's low of 165.98 had declined 11.07 from the decontrol high of 177.05. By contrast, the rails have acted much better and reacted only a little more than 2.00 from their comparable high. From tape action, it is very easy to become discouraged at the market's action but, at the risk of being bromidic, the market always looks the worst near the bottom and best near the top. A glance at the graphs shows no change, as yet, in the possible base formation. The issues that preViously reacted to their indicated reaction levels have held at these points and have broadened out their possible base formations. Other issues which indicated lower levels have worked closer to their indicated reaction levels. In fact, if the industrials hold above the 164 level, the market forma- tion would suggest a complex head and shoulders bottom. That is a rather terrifying phrase, but in language would indicate that the lows had been reached and a very substantial rally could ensue. Still believe the odds favor the possibility that the action of the past few weeks is the forming of a base pattern. With the imminence of several possibly excellent earnings reports and the possibility of favorable elections, plus the fact that the market has declined for ten out of the last eleven days, it would seem a rather poor time to sell even though the market may work a little lower. Would rather buy at around present levels, confining purchases to issues that have reached indicated levels on the master list of October 14th. EDMUND W. TABELL October 28, 1946 SHIELDS & OOMPANY Closing Dow-.Jones Indl strials Dow-Jones Rails Dow-Jones 65-Stock 166.04 47.09 60.24 The opinions exprened in this letter ere the personal Interpretation of c;harts by Mr. Edmund W. Tabell end ere not presented as the opinions of Shields & Company.