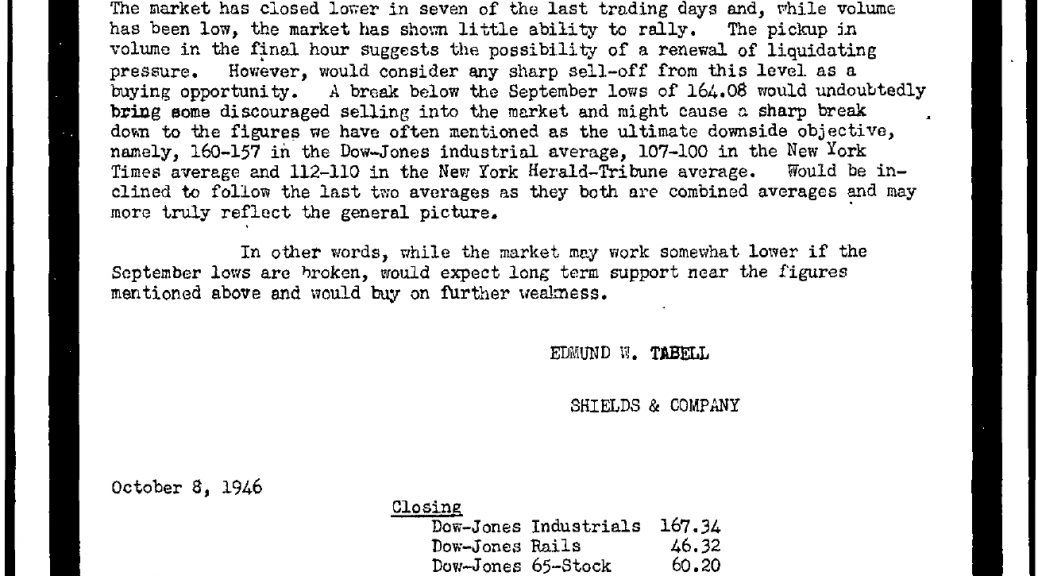 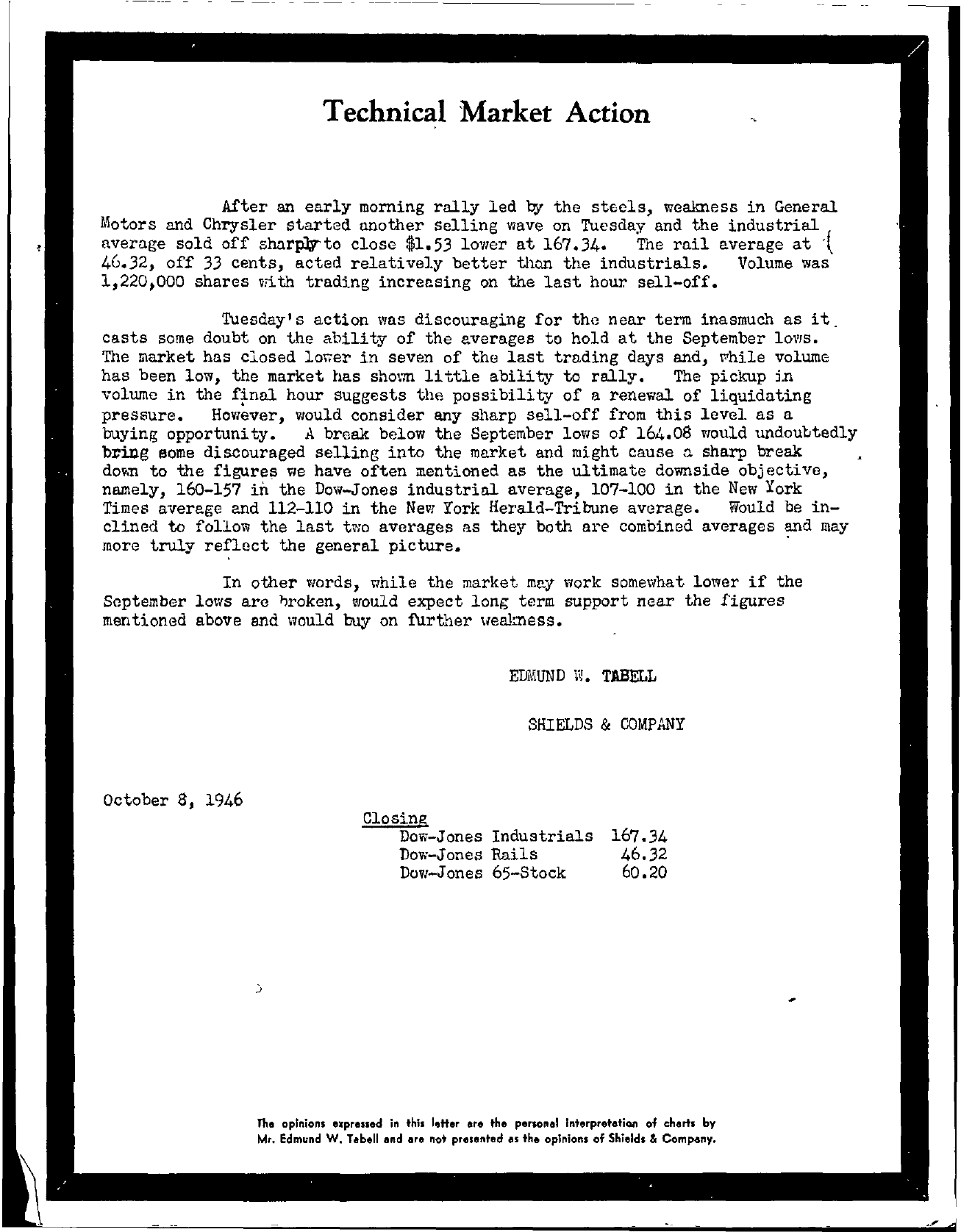 Technical Market Action After an early morning rally led by the stGels, weakness in General Motors and Chrysler startGd another selling wave on Tuesday and the industrial -laverage sold off shnrpl,v'to close 1.53 10Vier at 167.34. Tne rail average at 46.32, off 33 cents, acted relatively better thnn the industrials. Volume was 1,220,000 shares Vii th trading increaSing on the last hour sell-off. Tuesday's action was discouraging for the near term inasmuch as it casts some doubt on the ability of the averages to hold at the September 10Vis. The market has closed in seven of the last trading days and, volume has been low, the market has sho\m little ability to rally. The pickup in volume in the hour suggests the possibility of a renewal of liquidating pressure. HoV/ever, would consider any sharp sell-off from this level as a buying opportunity. A break below the September lovls of 164.013 Vlould undoubtedly some discouraged selling into the market and might cause a sharp break to the figures we have often mentioned as the ultimate downside objective, namely, 160-157 in the Dow-Jones industrial average, 107-100 in the New York Times average and 112-110 in the New York Herald-Tribune average. Would be in- clined to follow the last two averages as they both are combined averages and may more truly reflect the general picture. In other words, I7hile the market may work somewhat lower if the September lows are lJroken, would expect long term support near the figures men tioned above and 1V0uld buy on further \leruness. EDMUND W. TABELL SHIELDS & COMPANY October 8, 1946 Closing Dow-Jones Industrials 167.34 Dow-Jones Rails 46.32 DoV/-Jones 65-Stock 60.20 The opInions expressed in this letter ate the personal interpretation of charts by Mr. Edmund W. Tabell and are not presented as the op1nions of Shields & Company.